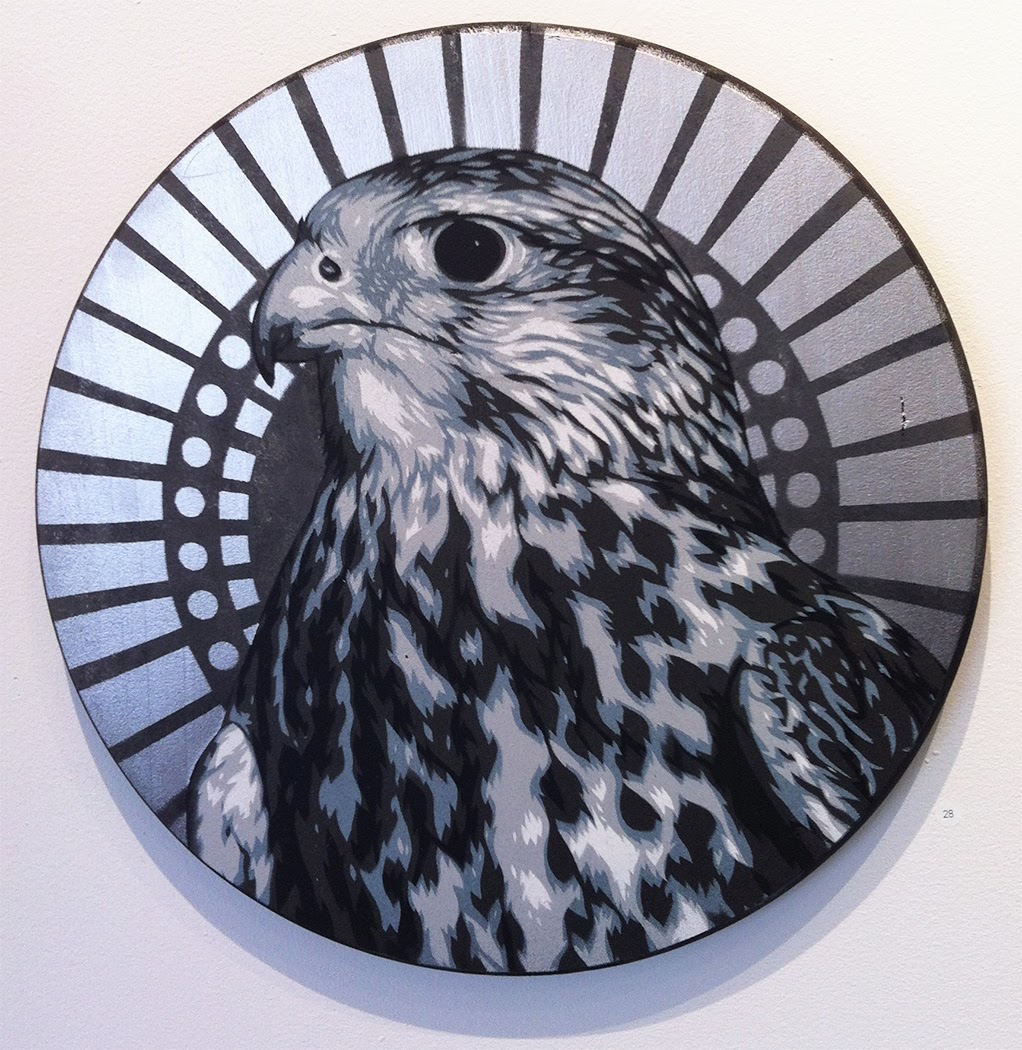 Mr. Prvrt strikes again!
his art is featured at the 1975 Gallery
in the show " All Things Wild and Free"

Part of the proceeds from Mr. Prvrt's latest show will be donated to Wild Wings, a wonderful volunteer organization that rehabilitates birds that have been injured and can no longer sustain themselves in the wild.  Mr. Prvrt is an artist whose artwork has been seen as part of Wall/Therapy. and at the 1975 Gallery he brings his work indoors, with 30 plus pieces that will hang out for a few more days this month ( til March 29th ).

One can marvel at the patience it takes to cut all the stencils by hand needed for the very realistic portrayal of the birds and animals on view in this show.  A few of the images border on kitsch but many of these spray paintings express a real passion for the natural and the particular look of fur or feathers.

Some of the subjects were familiar to me as I have asked Wild Wings volunteers to bring their live birds to my classroom at R.I.T. so students can draw from a primary source.  Mr. Prvrt makes a strong case in his paintings that almost work as icons from the natural world   ( see Rosalie above in the painting titled "The Pharoah's Daughter ).  I couldn't help but wonder about the fates of these animals, but I know that the volunteers at Wild Wings do a great job and are very dedicated to the birds and animals they protect and nurture.  At the crowded opening, the birds were being admired, and many of the paintings were sold, so it is great to see people investing in this cause. 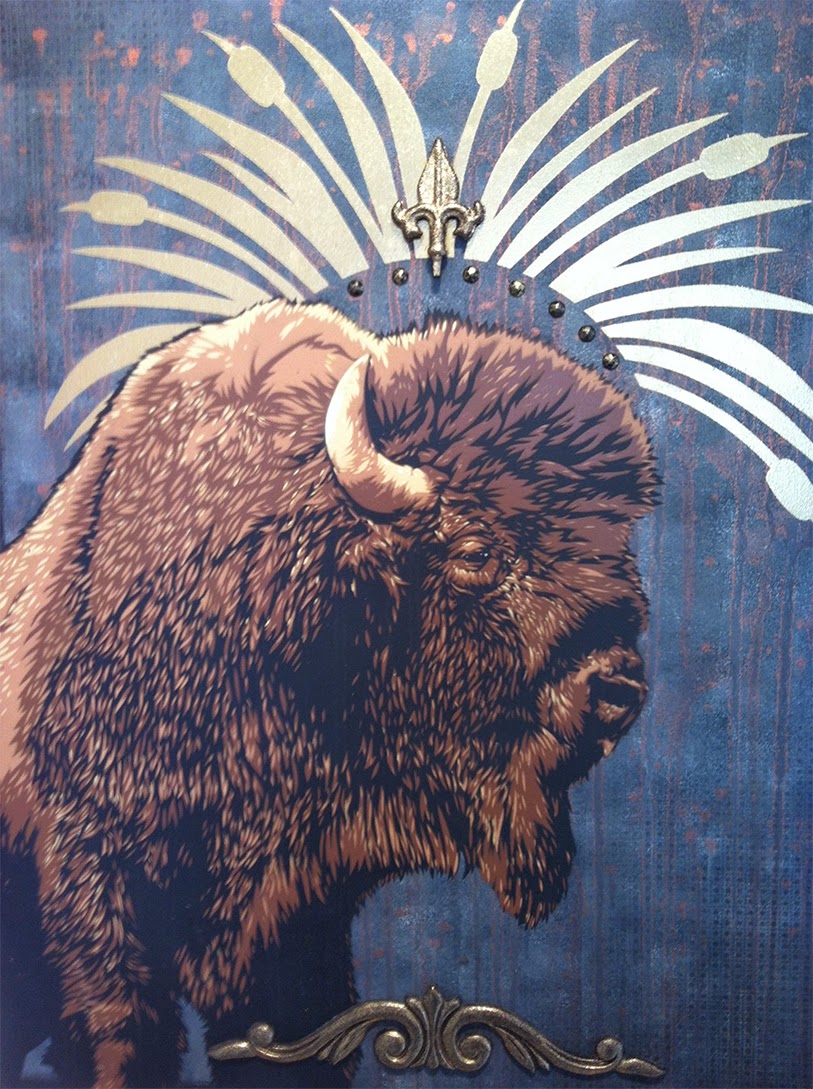 The Armory Show and a Chelsea Soloist 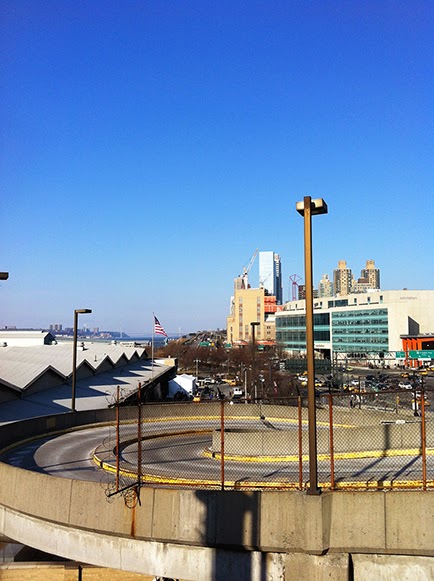 What could be more of a contrast than spending several hours looking over artworks with a cast of thousands milling around on a pier overlooking the Hudson River, and then going into a beautifully lit Chelsea top floor gallery with a couple of very dear friends?  I was on a mission - to inform myself and try to draw upon the experience of seeing tons of new artwork from all over the world.  The Armory Show is the magnet that draws me each year, and so I went in to read the tea leaves!

I have to take issue with Ken Johnson in his review in the New York Times.  He missed the nuance when he wrote that this is the cut and paste art fair, mostly because visual artists are into graphic programs like Photoshop on their Macs and iPhones, and not so dependent on Microsoft and the Windows environment ( how would a writer know? ) anymore... 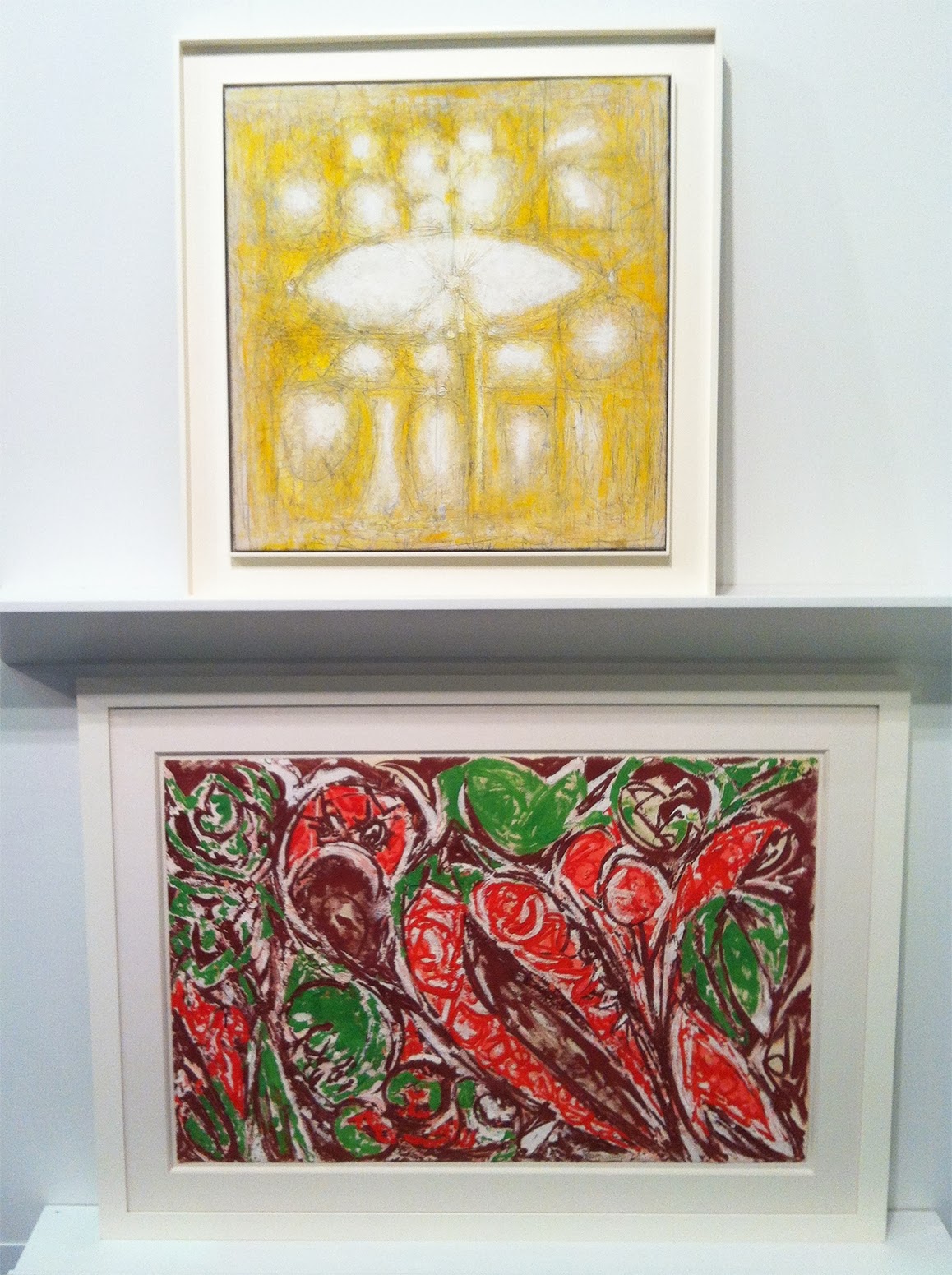 This year I started off on Pier 92 in the Modern section and I was greeted by a photo work by The Starn Twins - it was a seated Buddha gazing out at the thousands who were coming into the entrance for the show.  The Hacklebury Gallery of Great Britain featured a group of works from the Starns which I remember seeing when they came around the first time in New York City.  A few feet away,
I shook hands with my cousin Michael Rosenfeld in his new space where he was presenting wonderful work by Richard Pousette-Dart and Lee Krasner.  I think the 1952 Pousette-Dart was one of the most interesting paintings I saw all afternoon.

Lee Krasner deserves a major retrospective, and along those lines
the curators for The Armory Show did the right thing by drawing attention to women artists who have been working all these years without the attention (they should be demanding). There was a site specific wall work by Pat Steir and a host of works by notables such as Inka Essenhigh, and Lynda Benglis. 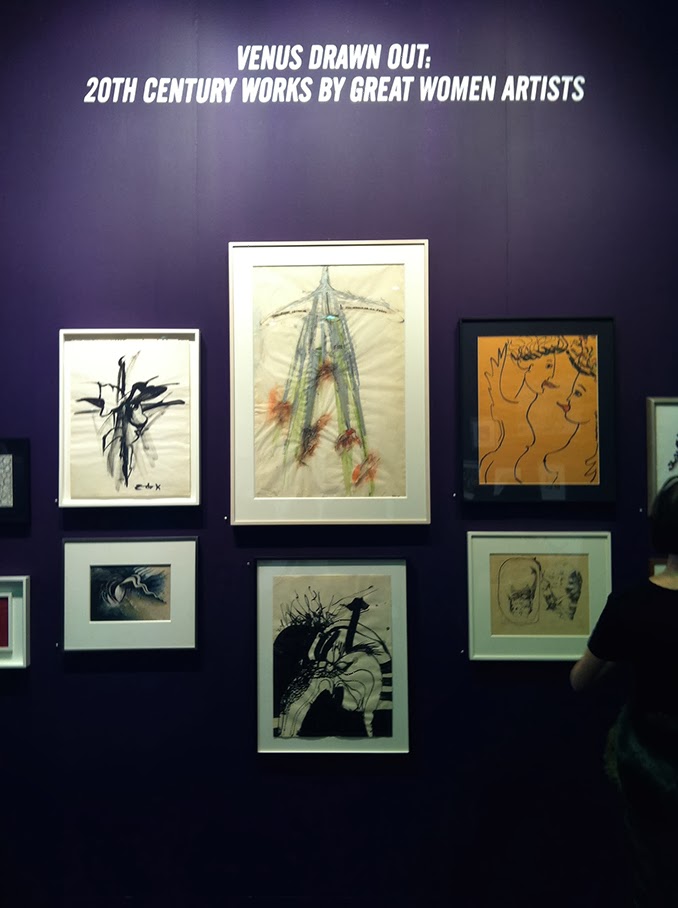 Next year, if you go to The Armory Show, try not to go on a Saturday like I did - because it can get congested with so many people and it is not so much fun if you are trying to enjoy the art!  Still, there was a lot to see, and I came across a very complex Morandi still life, and a dark and morose Lucio Fontana painting which had been stabbed several times to let in some background light - these paintings point towards the transgressive street art of today. 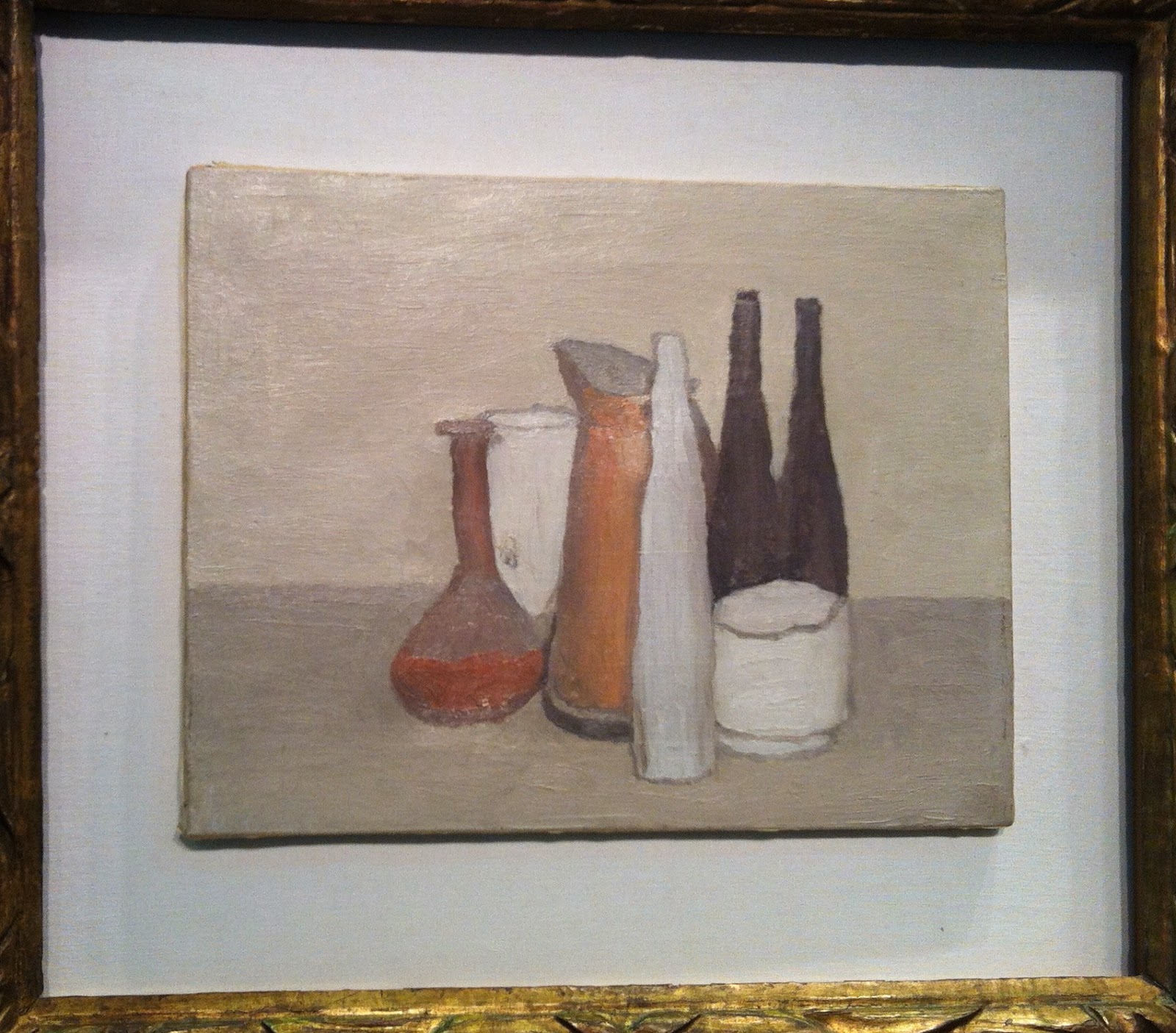 Morandi at The Armory Show

Down the aisle, I enjoyed seeing some Marcel Duchamp Roto Reliefs from 1935 at the art dealer Koeppel  ( from Chicago ) and next to that a really uncomfortable circuit painting by Peter Halley. 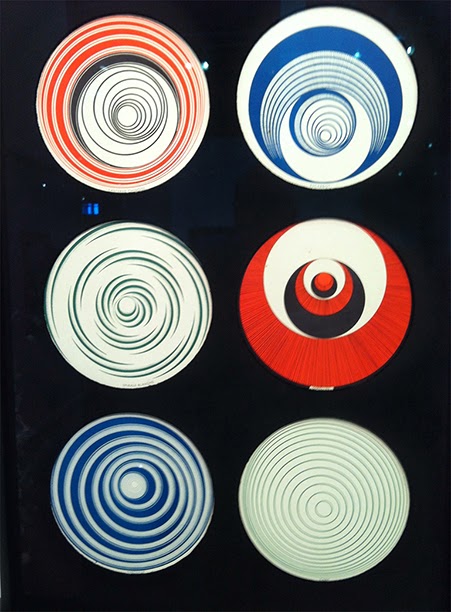 Marcel Duchamp at The Armory Show

Another feature of this edition of The Armory Show was a focus on galleries springing up in China.
The recent burst of activity has yet to bring forth really distinctive artists but it is beginning an interesting process, and I have a very open mind about what contemporary Chinese culture has to offer ( certainly many more art students in MFA programs are Asians and they will produce! ) 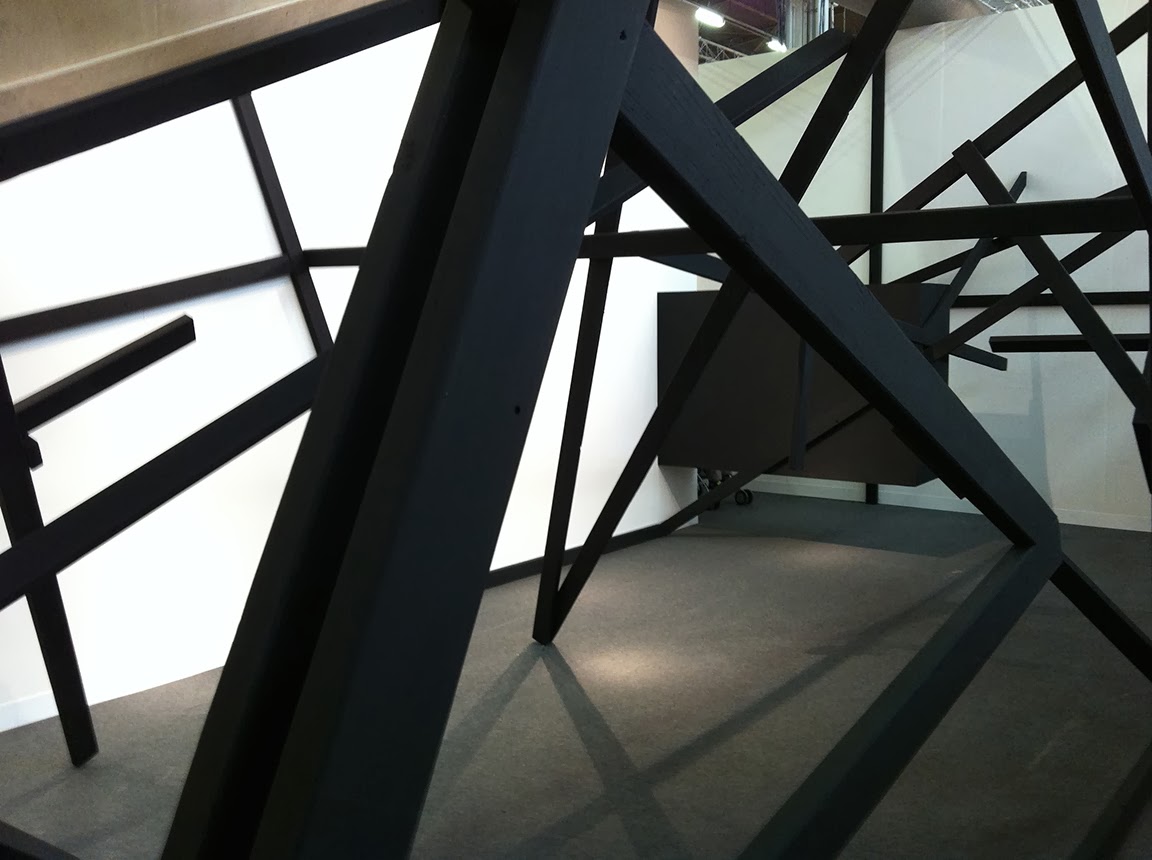 The Marianne Boesky Gallery
booth at The Armory Show

Pier 94 had the Contemporary arts, and I stopped into the Marianne Boesky booth to admire the diagonal wood beam construction and the rugged abstractions by Senge Alain Nitegeka.  I stopped in to see David Lasry at Two Palms Press and admired a wordy Mel Bochner which had so much color and texture that it really was more a painting than a print. 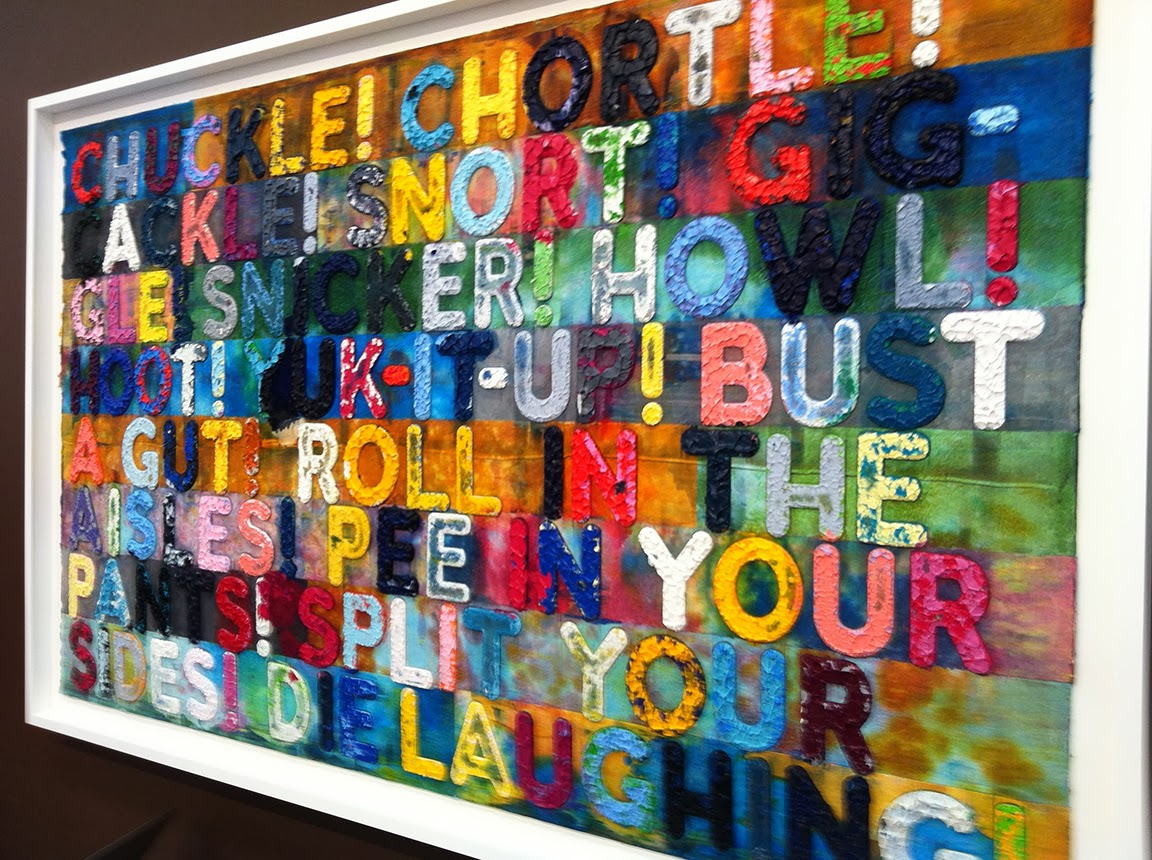 There was a interesting new Chuck Close silkscreen of Zhang Huan, and sprinkled around the Pier were some of those little colorful yarn works by the Italian artist Boetti - which could be the precursor  for the Mel Bochners. 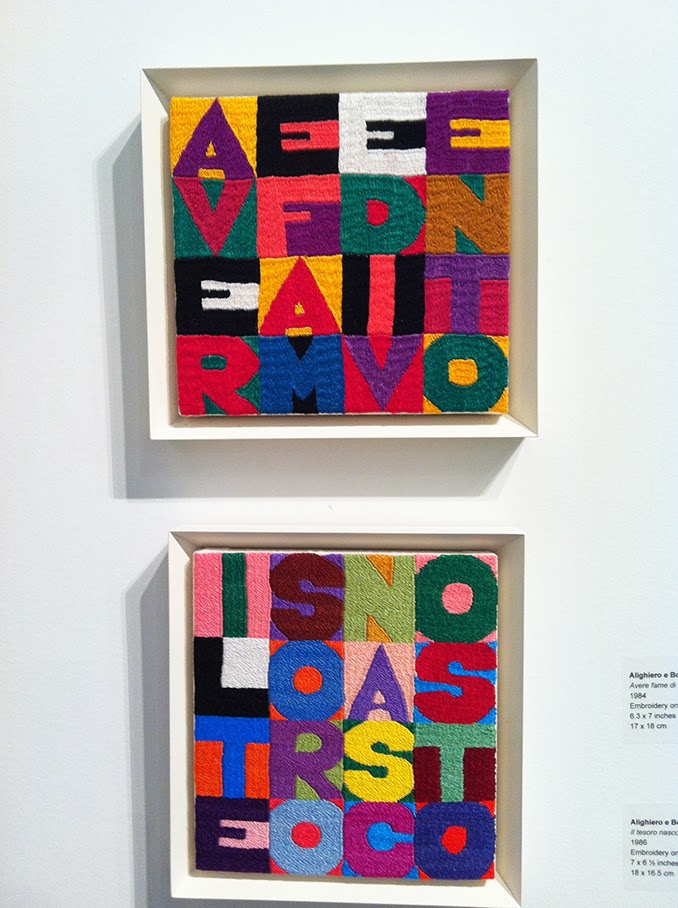 Alighero Boetti circa 1984
at The Armory show

Photo realism took a bow in the spray painted orchids of Marc Quinn - his "Sravasti River Delta" oil on canvas from 2009 comes mighty close to pop art via James Rosenquist.  The colors are saturated and the artifice runs high in this work, but it does catch the eye.  Speaking of that - the longer the afternoon went on - the greater the crowds became, until I felt that the art was threatened with extinction!  It was a struggle to see what I had come for, and so I planned my escape. 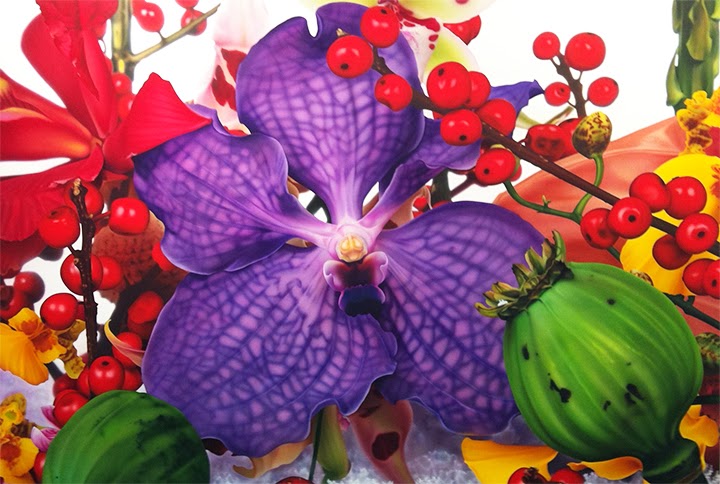 Marc Quinn at The Armory Show

Before I left the Piers I happened on something - perhaps my favorite thing in the show which I found on a corner wall of the Lehmann Maupin Gallery - they were intricate and singular works taking everyday objects like a door handle and completely rethinking them.  These sculptural works were wire frames with a stretched green gauzy fabric that completely transformed the mundane into the marvelous.  The artist was Do Ho Suh, and I can't wait to see more. 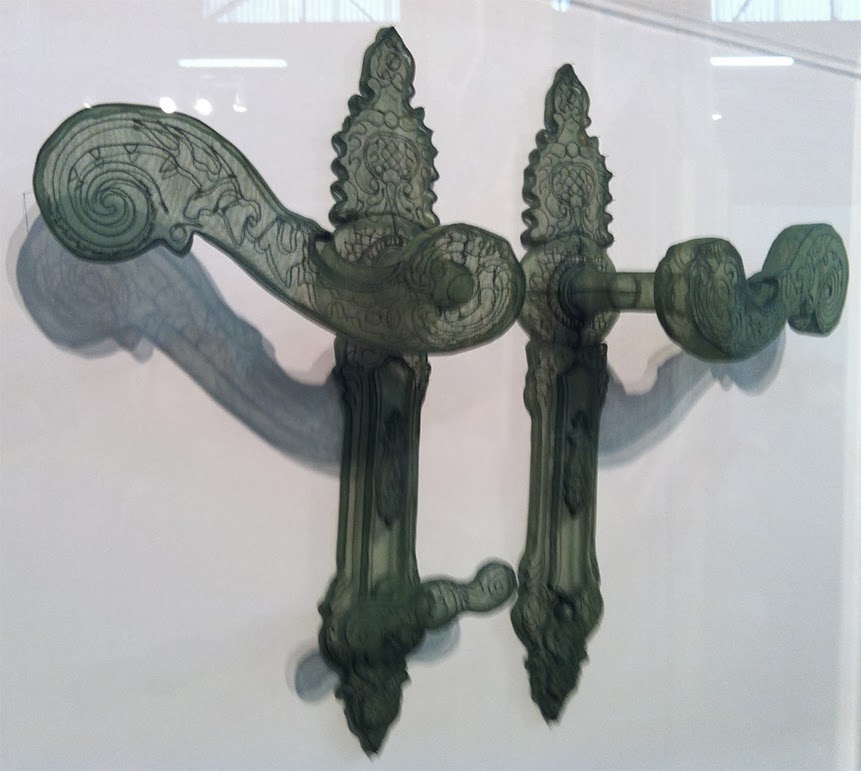 Downtown away from the sea of people, I found renewal and strength and a persistant vision in the paintings of my friend, David Row.  David has a natural feel for the color of a direct motif he has been employing for years now.  What is different is the angular nature of the canvas shapes that he is using and how they butt up against each other. 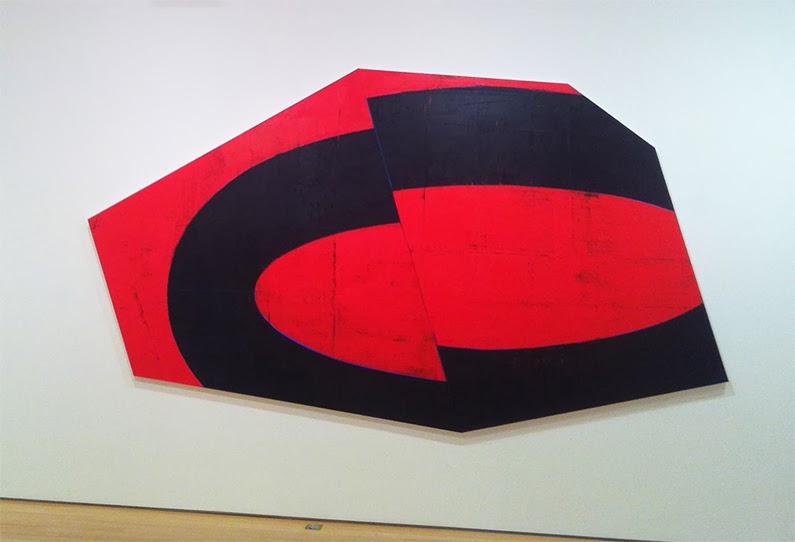 The abstract strength of these large shaped paintings has some relationship to Ellsworth Kelly and maybe Robert Mangold, but David pulls something extra out of this geometry, something almost literal like a phrase: "coming full circle".  These are active and serious works that are at once spare, engaging and rewarding - all in a well considered package.  Check out David's show in Chelsea at 525 26th Street, go up the elevator - on the top floor there is the beautiful Loretta Howard Gallery.  Enjoy! 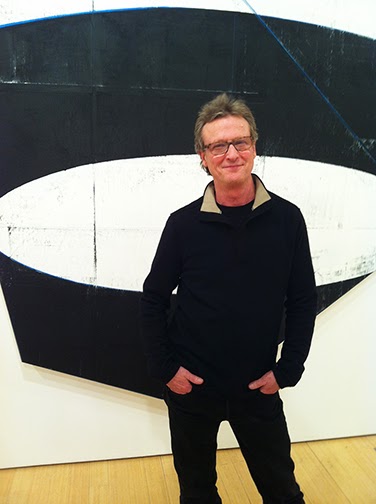 David Row at Loretta Howard Gallery
Posted by Alan Singer at 10:57 AM