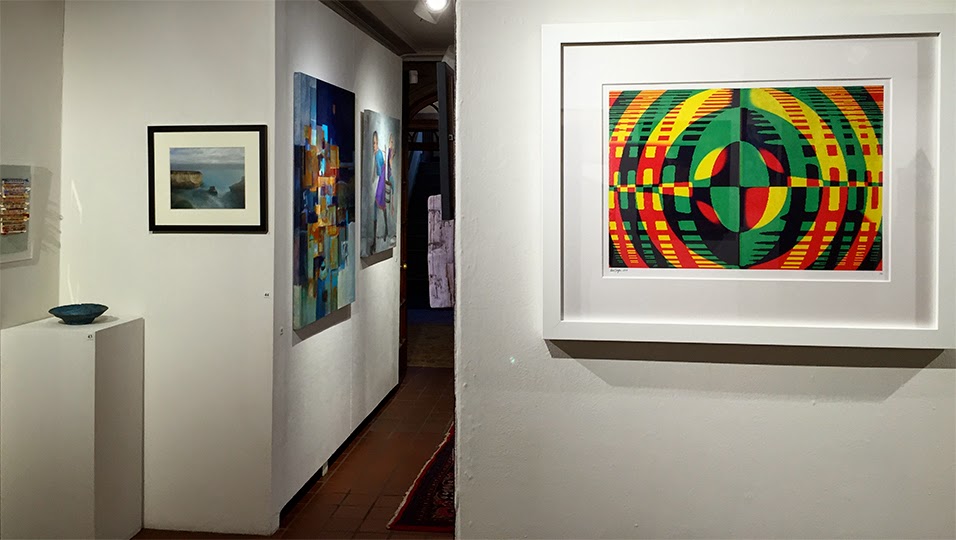 Oxford Gallery  is at 267 Oxford Street
in Rochester, NY.
Here is a gallery view with my print " Reverb"

Each year in the spring Jim Hall of the Oxford Gallery, organizes a theme show and this year we have "The Condition of Music" featuring a large group of artists all trying to come to grips with a visually engaging response to this opportunity.  I submitted a monoprint which I felt had been a radical departure from a more illustrative approach to the given topic, and I was eager to see what the other artists had arrived at. 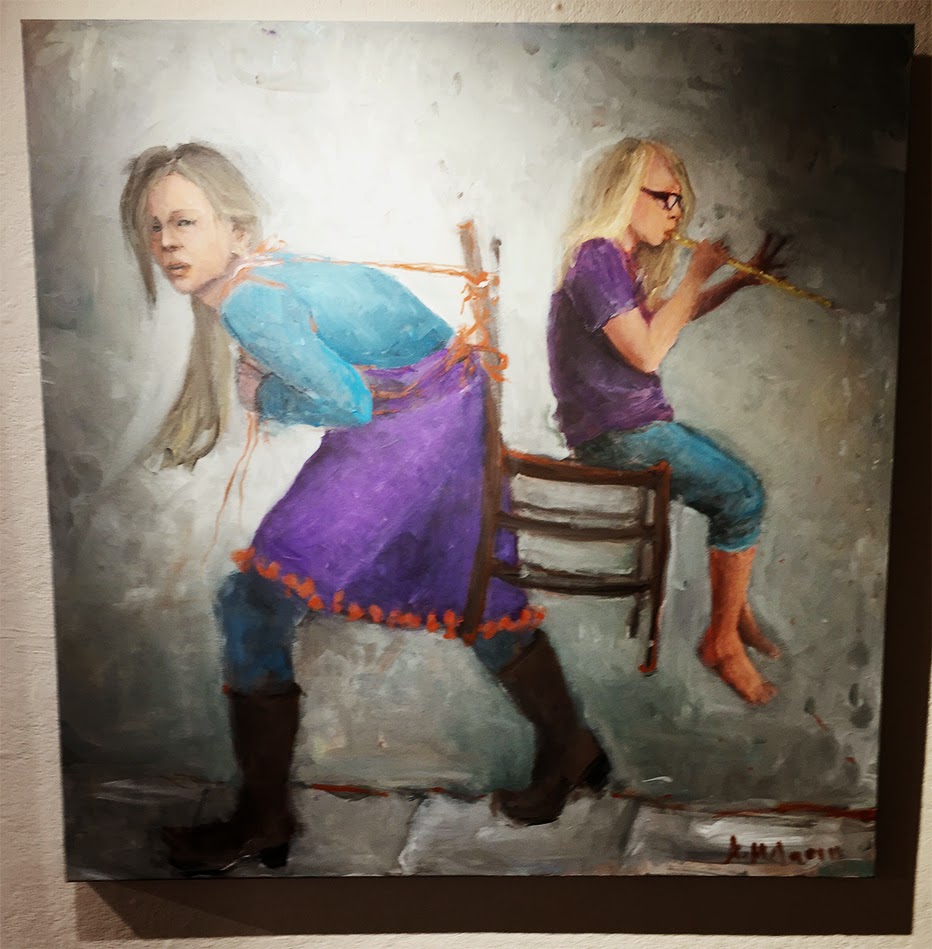 Amy McLaren "The Condition of Music"
at
Oxford Gallery

Down the stairs at 267 Oxford Street, barely in the entry on the right I encountered Amy McLaren's painting which tells a whole story about motherhood and the gifts of music as well as the work it takes to get there.  A while ago Amy was my MFA student at R.I.T. and now she teaches there.  She has a growing family and it looks like Amy and her daughter are in it for the long haul ( whistle while you work ). 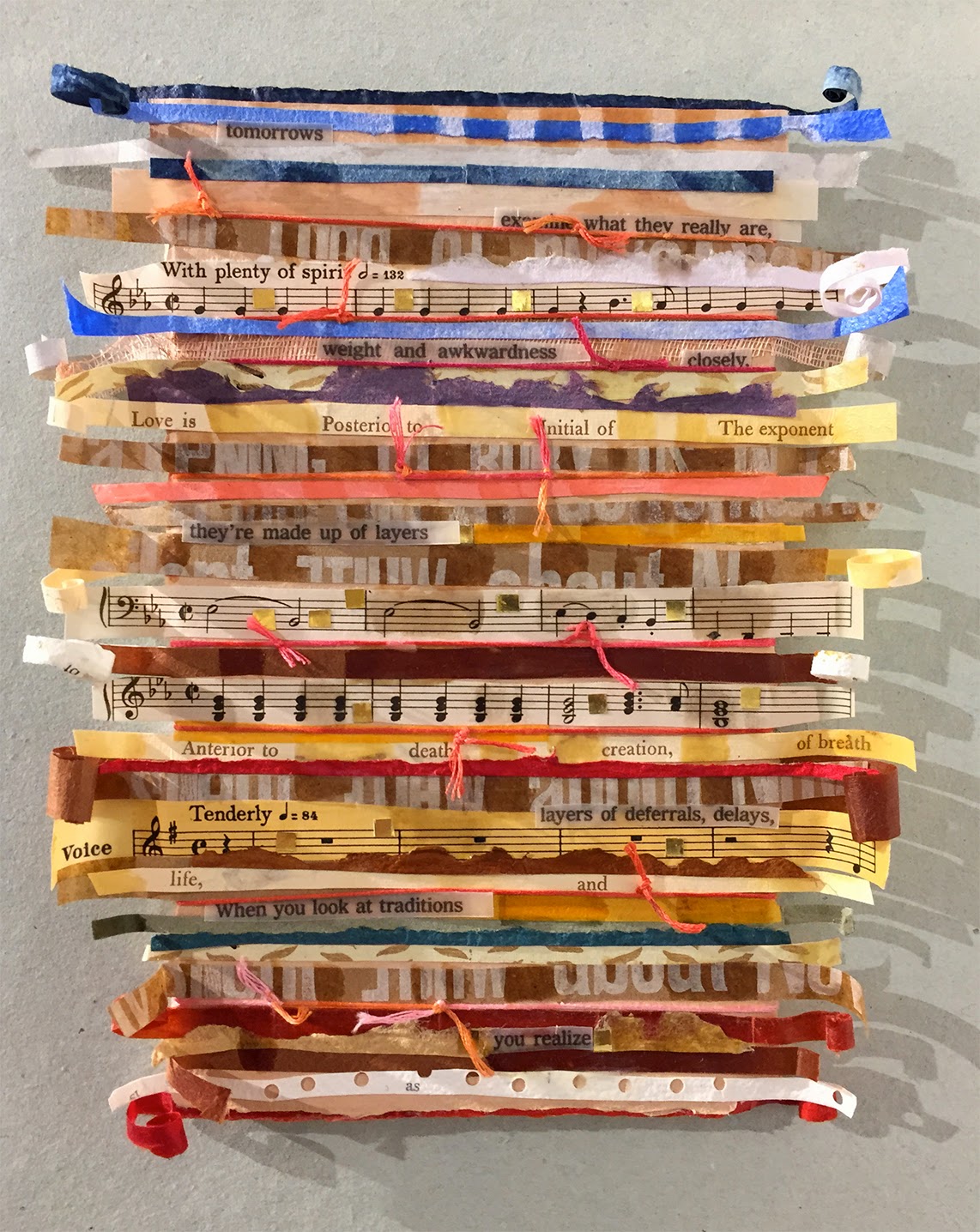 Some works are big and bold in this show and some are intimate and quietly delicate.  One of the objects on view is a collage made of paper, wax, and embroidery called "Another Spring" by Sue Huggins Leopard.  Part of the collage contains music to be played "Tenderly", and this is a real visual love song and a work of art.  Another sweet little piece hangs on a wall not far away and it is a subtle color pencil drawing by Jean K. Stephens that details bars of music reflected in a shiny wind instrument - perhaps a flute.  Also in this category is a black and white work by Barbara Fox titled "A Capella" featuring a glass globe on top of sheet of music all starry and glowing. 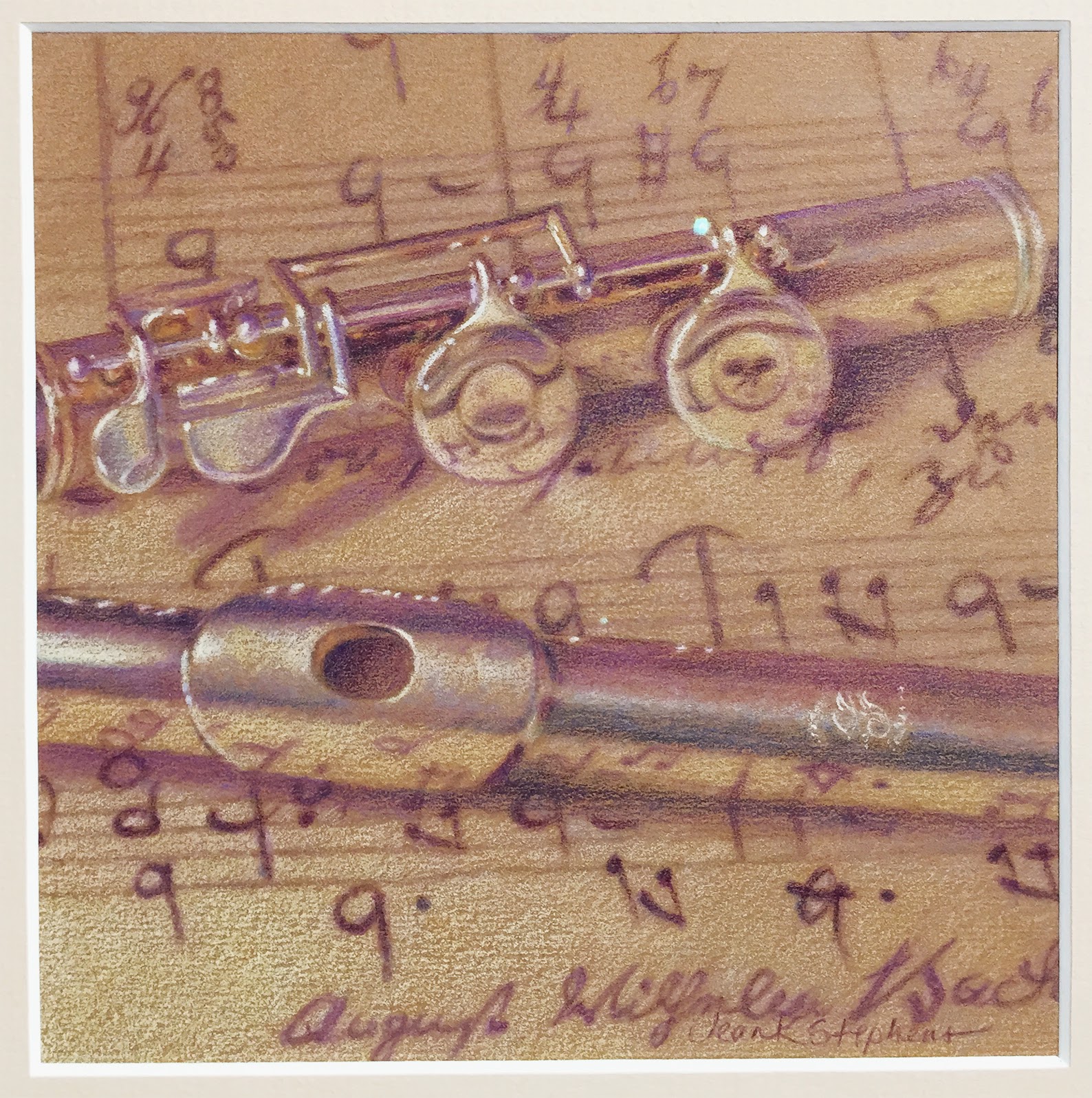 Other fine works in this show go for the big statement including Bill Keyser's "Opus One" and Tony Dungan's "The Metronome" which seems like a composition that plays the blues ( against a dash or two of orange ). This show is fun, and the wacky pastel from Patricia Tribastone "These Birds Don't Sing" calls to mind all the silly themes to cartoons that seem to stick to the mind like glue ( and that's all folks! ). 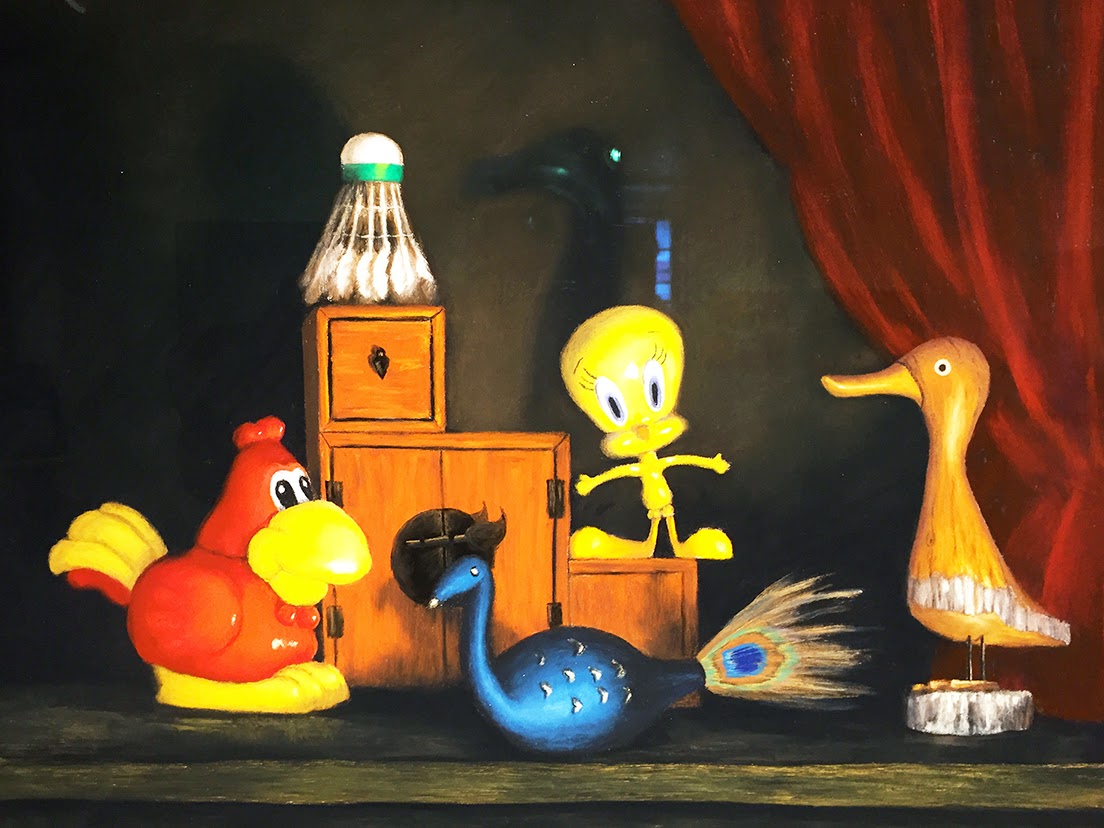