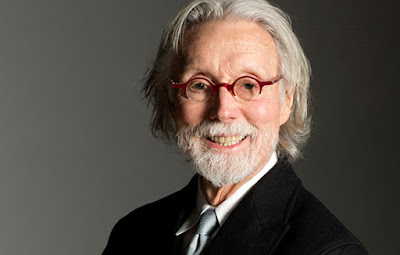 This new year, I am sorry to say, has started with sad news of the passing of my valued colleague at Rochester Institute of Technology, here in Rochester, New York.  Wendell Castle was 85 years old, and had just been celebrated for the past three months with an exhibition and book  ( Wendell Castle Remastered ) at The Memorial Art Gallery here in town. 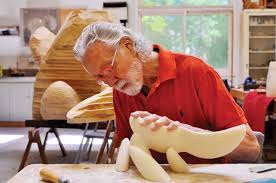 When I first arrived here to teach at R.I.T. in the late 1980s, I was well aware of the work of Wendell Castle, having admired his fine wood works in galleries in SoHo and in the collection of the Metropolitan Museum of Art in Manhattan.  So, I was surprised to be able to sit down and converse with Wendell at my first faculty meeting at R.I.T.  Wendell has been associated with the School for American Craft for many years, and he maintained his relationship with SAC and our college for many decades. 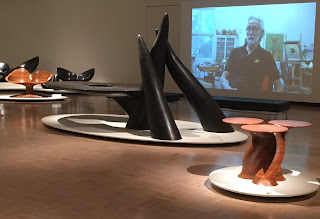 Wendell Castle's work has had strong effects on the world of fine wood working and beyond.  His art has been collected world-wide, and his honors and awards are the highlight to a career of amazing accomplishment.  While the recent show at The Memorial Art Gallery had a focus on the use of digital tools to help in the construction of his art, it should not overshadow the fact that Castle blended sculpture and furniture in such a way as to construct a totally new genre. 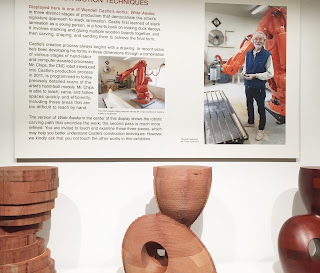 The artwork of this individual has had a far-reaching impact, his vision was unique, and in a way he represents a guiding light, like what Frank Lloyd Wright had meant to  architecture.  Wendell always had a friendly greeting for me and I was happy to see him working with students here at R.I.T.
For Nancy Jurs, and their son Bryon Jurs, and the rest of their family, I extend my condolences.  Wendell Castle certainly will be missed by many, and his work lives on. 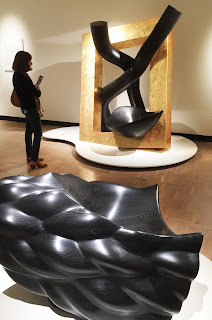 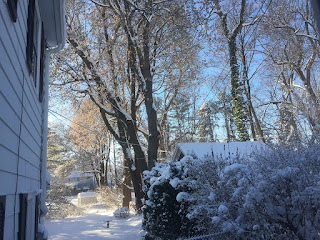 One degree in the morning
Rochester, New York, 2018

This Sunday there was a note in the obits of The New York Times about the passing of a terrific ceramic artist - and that was Betty Woodman.  I have been a fan for many years having had the opportunity to watch her work gather great recognition with major museum shows, and really interesting artworks. 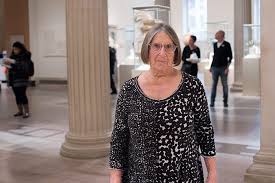 Betty Woodman at The MET 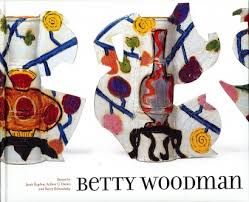 An invitation
to a show of Betty Woodman's ceramic art

I met Betty Woodman several times in Manhattan and even had a chance to meet her husband, George Woodman who was a painter having an exhibition of his paintings at The Guggenheim Museum in New York City.  The Woodman family ( Francesca Woodman - their daughter was a photographer who had a tragic end - but was truly gifted ) has made many artworks that will be remembered. 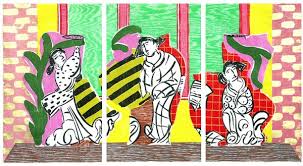 Perhaps you have seen Betty Woodman's interesting and colorful ceramic works - for a long while they would greet you if you walked into The Museum of Modern Art in Manhattan.  Her art has great spirit, it is colorful with a little bit of the theatrical and a sense of humor. She will be missed.

Locally, it has been a snow scene, but the show must go on!  I went out to The Geisel Gallery in the former headquarters of Bausch & Lomb in downtown Rochester, to see the artworks recently installed of my colleague, Bill Finewood.  I recruited Bill to teach at Rochester Institute of Technology years ago, and he came to work as an illustrator with a specialty in cut papers, and pop-up books.  On view at The Geisel Gallery - Bill's work has a sense of purpose and clarity as you will see if you visit the show. 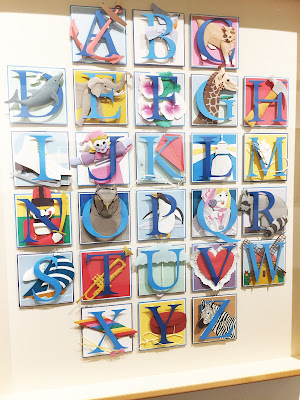 Many of the artworks on display at The Geisel Gallery highlight Finewood's gift for using cut paper to tell a story.  Sometimes it is a portrait, but always with a lot of invention and care in the details. 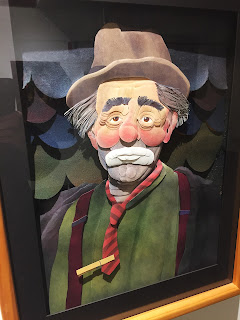 Bill Finewood spends a fair amount of time in Montana, so we have some wonderful wildlife drawings that he has made there including the mountain goat below seen in Glacier Mountain parks. His drawings are carefully rendered portraits of birds and animals that are thoughtfully composed and crafted. 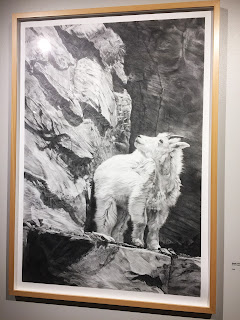 Bill Finewood at The Geisel Gallery

My sabbatical is over so I go back to work at Rochester Institute of Technology where I can catch up on the exhibitions held at The University Gallery in Booth Building.  Roger Remington, who is largely responsible for the Vignelli Design Center is being given his first exhibition there, and it is of his early serigraphs which have never been viewed together and shed some light on his artwork in the 1960's.  Roger found inspiration during his graduate studies at the University of Wisconsin and worked with his teacher Dean Meeker to produce a series of silk screen prints.  We can learn that Roger had many exhibitions of his prints , winning awards and recognition for his artwork and he was appointed to the faculty at RIT in 1963.  Roger is still working at RIT, and he has an international reputation for his work in graphic design, and as a historian of design. 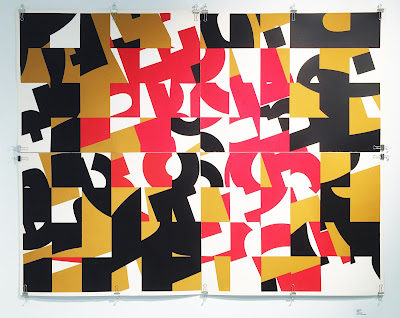 It is truly an honor to work alongside these teachers, men like Bill Finewood and Roger Remington. They both bring distinction to the cultural studies and creativity of visual art from their different perspectives.  I know I will be bringing my class down to see Roger's artwork, and maybe get him to say something about his  deep interest in the subject of printmaking. 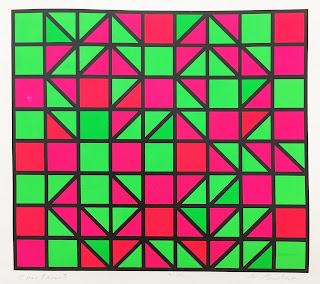