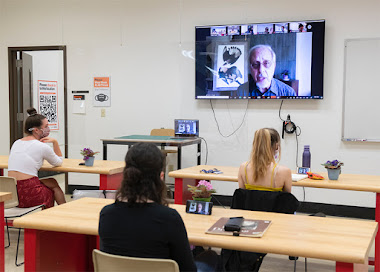 photo: Sue Weisler
Alan Singer teaching a class in Zoological and Botanical Art at Rochester Institute of Technology via ZOOM in the fall of 2020 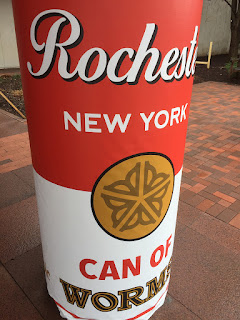 Recently a World of Warhol in Rochester, New York

ON  a  bright note, let us celebrate Spring, but not forget those of us who have lost a family member or relative in this pandemic.  I have had the vaccine twice ( applause ), but I know there are many who have not, or choose not to ( and I guess they have their reasons! ).  Now, I am in a transition away from being a Professor in the College of Art & Design at Rochester Institute of Technology, and I have some time to reflect on this season, as well as write about artists and their artwork again.

We are looking for inspiration as the weather trends towards warmth and daylight hangs around a bit longer.  We can still wear a mask in a public space and we hope to return to "normal" soon.  One can even allow oneself to venture into a museum or art gallery.  While I have been sequestered working on my new art book, it will soon be published under the title of: "WheelHouse", and I will have more to say about that in a future post.  Creating a book like this has been a four year project, and it will contain a selection of my paintings and prints from the last dozen years or so. 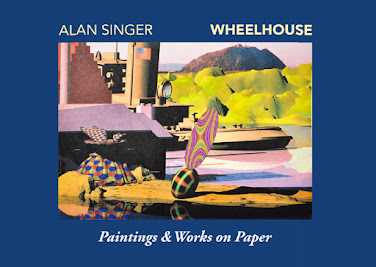 MY new art book coming soon!
Before the most recent exhibition closed at The Memorial Art Gallery, I did have the opportunity to see this show of Andy Warhol's art, as well as a special selection of work by G. Peter Jemison.  Peter is probably best known in this area for his role in establishing the Ganondagan Historic Site in its current iteration.  He is a true cultural leader of indigenous American ways of life and I have been very lucky to have had the chance to have him come and speak to my students at R.I.T.  Peter has been making art for decades, and he once worked for a time at David Davis - my favorite art supply store in New York City when I was just getting my feet wet in the artworld of the late 1960s. 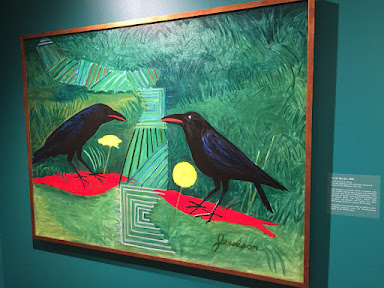 "AT THE BORDER"    painting by G. Peter Jemison at MAG
Curious timing of these shows at the Memorial Art Gallery.  Peter Jemison's images sometimes are on canvas but also often they are artworks presented on a paper bag.  This is also how I first came to know Peter's art - also while I was living in New York City - Peter had presented art on this form - the paper sack and I found his art to be illustrative  and capable of telling a story or presenting an idea like he does in the current show with an image on a bag that declares NO! to Fracking...  I enjoyed seeing the birds he paints and even his Skunk Cabbage seems to be speaking. 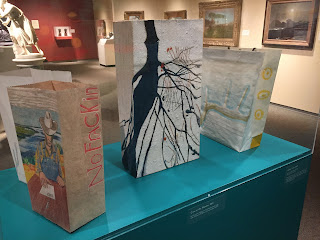 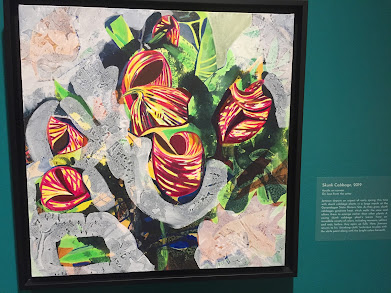 G. Peter Jemison at Memorial Art Gallery
When I first came across Andy Warhol's art he was drawing shoes in line work that had an illustrative style, so it is a kind of coincidence that I thought about when I was in the museum.  The first show I saw of Warhol's featured his Brillo boxes and Campbells Soup Cans that presents a cross-over to commercialism and consumer culture.  Warhol knew he was pressing people's buttons when he embarked on this facet of his work as a Pop Artist. 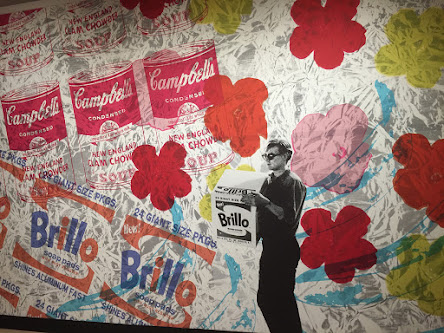 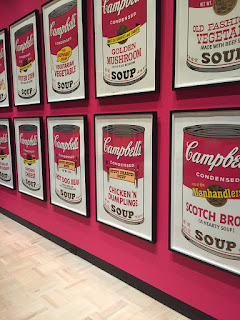 Andy Warhol at The Memorial Art Gallery
I was aware of Andy's crew - often seeing them at Max's Kansas City, the popular restaurant with the art crowd in New York City.  Not far away was  Andy's Factory where he made the editions we are seeing today on the walls of the gallery.  What a great time to be involved in all the arts - just breaking into the art scene with so  much raw talent! 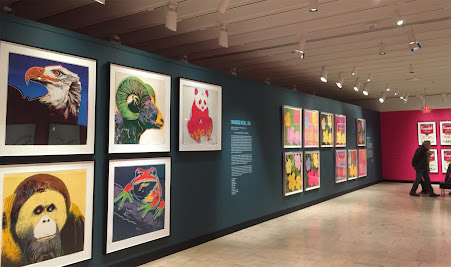 Endangered Species by Andy Warhol at MAG
You can feel nostalgic looking at these Warhol prints - it is interesting that he took the silk screen method of printmaking to a new more popular dimension when he had his team making editions at the Factory.  Also it was interesting to see the collaboration between Andy and Keith Haring in the early days of graffiti art.  I would often see Keith Haring working in his studio in the Cable Building on Broadway - while I was working for a publisher next door.  Both Warhol and Keith Haring  became icons at a time when we were then experiencing another pandemic - this time of AIDS.