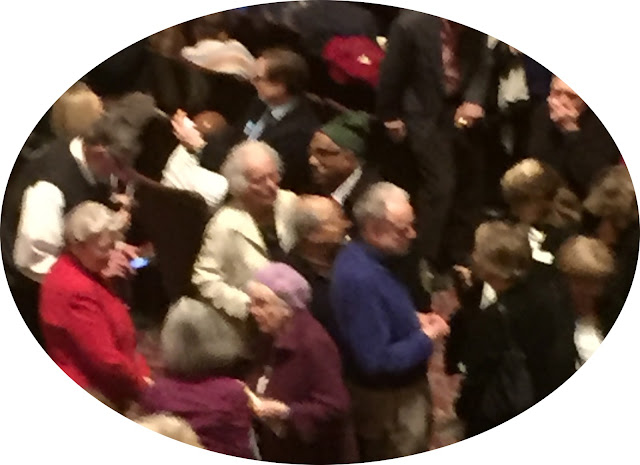 In Rochester this week we celebrate Garth Fagan and a remarkable milestone  presenting fifty years with his Dance Company.  Above you might see him in his green cap surrounded by throngs of well-wishers who have come out to see his troupe perform in the Eastman Theatre.  Here was an opportunity to see the magic of music and dance on a prestigious stage and it was so fabulous!

Jeff Tyzik was the conductor for the orchestra and they had just the right jazzy, snazzy performance to augment what the dancers were doing upfront.

I really appreciated the inclusion of Duke Ellington's composition ( Take the A Train ) and the story of how influential Ellington's music had on Garth Fagan as he developed his repertoire. I also admired the DANCECOLLAGEFORROMIE - which was the last dance of the evening, in honor of the visual art of Romare Bearden.  If you want to know more about Romare Bearden, check out the book by Mary Schmidt Campbell that was just profiled in The New York Review of Books.  Bearden is a seminal artist working in mid-20th century in New York City, and I am honored to say that I had a chance to meet him and shake his ( enormous ) hand!

Garth Fagan with his energetic choreography brought to life the collage artwork that Bearden specialized in.  Collage is also an art form that you will find in a new show that has opened at The Mercer Gallery on the campus of Monroe Community College.  This is a two person exhibition called: "All About Birds and Flowers" featuring the artwork of Kurt Feuerherm and Judy Feuerherm, and collage and drawing are the highlights that steal the show. 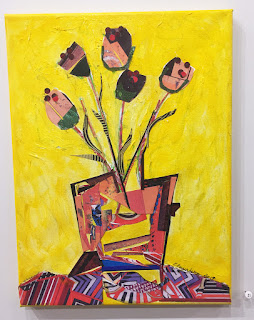 It should be noted at the outset that Kurt Feuerherm has recently passed away ( 1925-2019 ) and this show was scheduled many months ago when he was still with us.  Kurt was a real presence in this town and he has many friends and collectors of his artwork.  Kurt had a real sense of humor which you don't often find in the visual arts. 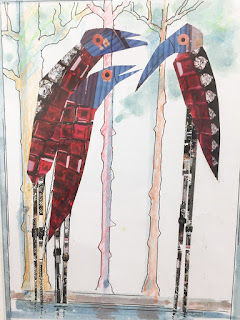 Drawing and collage by Kurt Feuerherm

The show at the Mercer Gallery has a fine selection of works, some of which are on view in a set of small vitrines that feature sketchbooks and journals in one corner and small colorful sculptures in another. 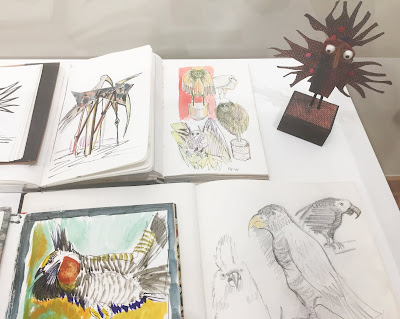 Journals and Sketchbook by Kurt Feuerherm

"All About Birds and Flowers" will amuse you and also stimulate you to think about the subjects in new ways.  The images made by these two artists are graphic, colorful translations into a new language - something that keeps the roots but gives a whole new feeling to visual expression that verges on abstraction.  If images of birds can carry across an emotion - Kurt's drawings certainly do that.  In the collage work from Judy Feuerherm she re-invents a botanical art that has at its core a kind of abstract expressionist verve. 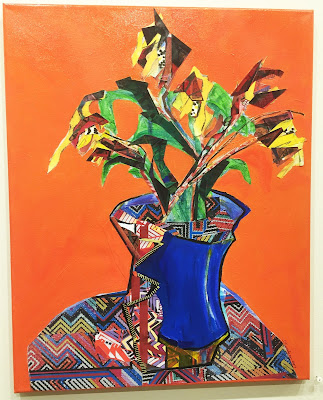 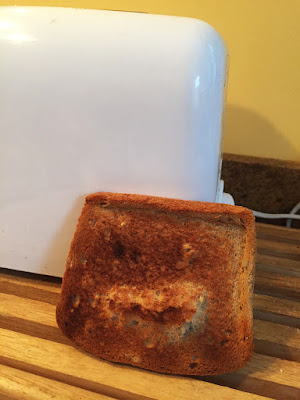 Begin a New Year at Breakfast 2020

Taking some time to go down memory lane before I get into the fast paced artworld of 2020, first I take a moment for breakfast and map out my week.  It is a new decade, but last year's headlines linger in the morning paper as read on and  munch on my toast.  We are moving from Brighton in the neighborhood of  Rochester east to the town of Fairport 20 minutes away. 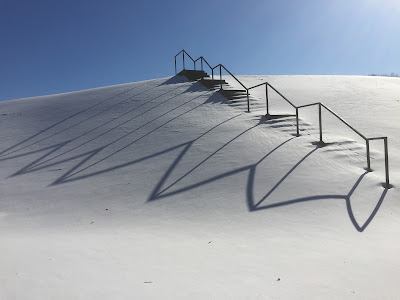 I visited  the park across the street from The Lamberton Conservatory in Highland Park and found this wonderful scene of steps that lead you up into a blue sky.  Nice to take a break from packing and moving.  Mostly I have been sorting thru a large inventory of artwork.  Some of the art is by my father, Arthur Singer.  In recent years we have had the chance to show his paintings to a rather large audience around the country, but there is so much that hasn't been shown yet as he produced a few thousand images in his life. 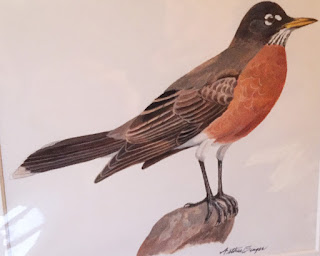 Gouache by Arthur Singer
from one of his 20 published books

Then there are the family photos and things that  we collect.  And I inherited images that my father had including a moody photograph of the jazz composer Duke Ellington made years ago by Bob Parent  ( see below ).  My father was a life-long friend of the Duke, and jazz was always a part of our life because of this connection which was established in the early years of the 20th century. 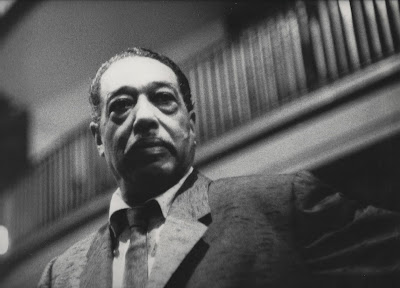 Duke Ellington by Bob Parent circa 1960

I am taking an inventory of my paintings and prints as well and finding a way to safely package them for the movers later in the spring.  I am planning on catching some of the new gallery shows soon and return to writing about the local artists in our area.  Also in the plans will be my own gallery showing which will take place in the spring at the Multi-Cultural Community Center ( MUCCC ) and also a talk I will be giving at the Memorial Art Gallery early in April.

Moving artwork is a delicate matter for me as I have prints like the one below ( The Importance of Light ) which I made recently that may be included in one of my shows to come.  I am sure that this will be a busy year - right now I am grateful for the time off from my teaching responsibilities at Rochester Institute of Technology.  I will be back at it soon enough.  but for the moment I have to find some plastic bags and banker's boxes to fill up,  so excuse me! 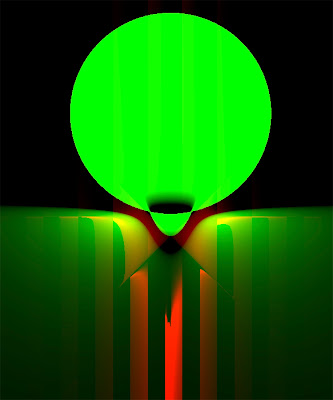 The Importance of Light
monotype by Alan Singer