What Did You See Today 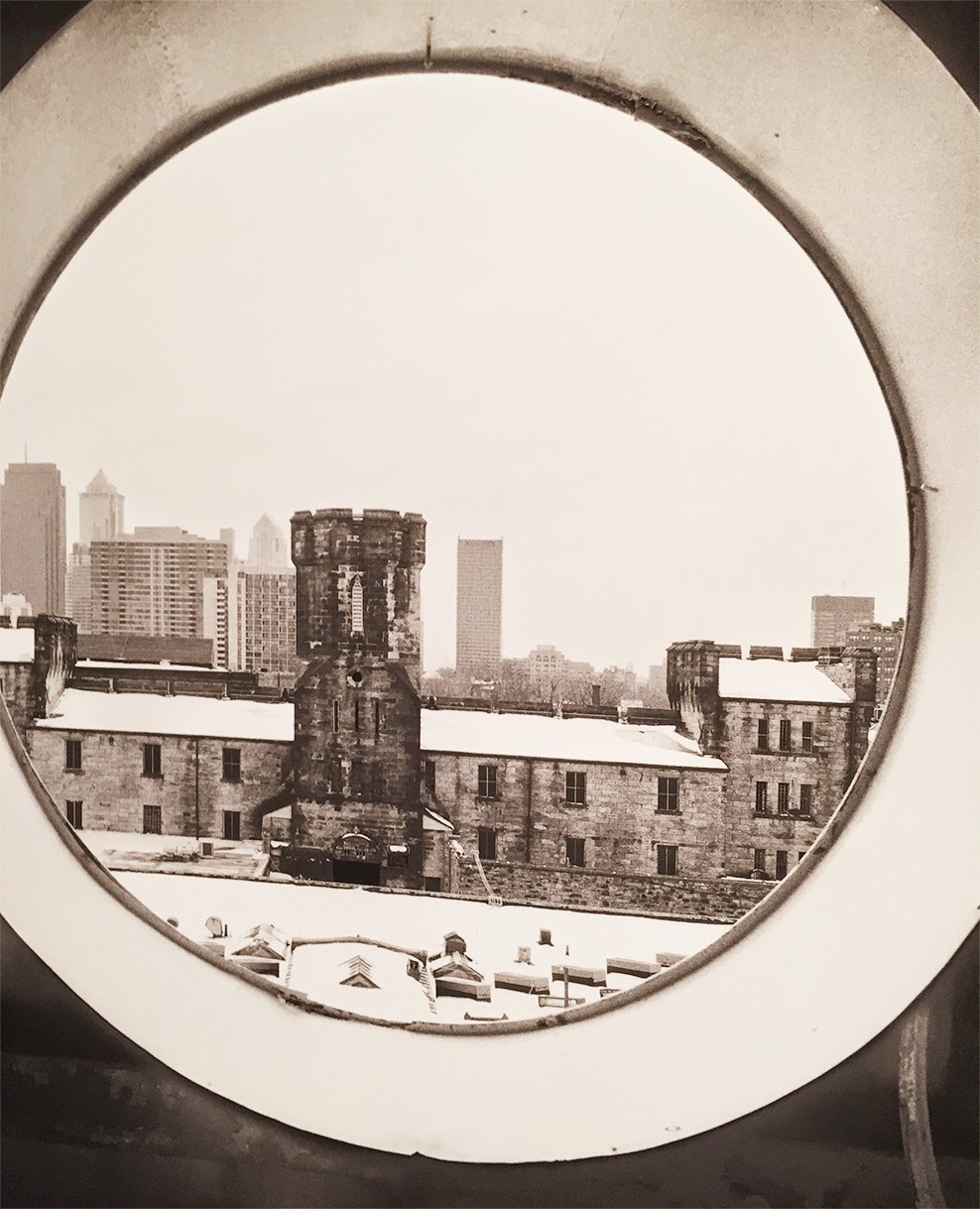 Sometimes art takes you places that you never forget.  That is the case with the bold new photographs that have come to stay for a while at the Dyer Art Center. Eric T. Kunsman is the photographer ( he is the owner of the Booksmart Studio ) and he has filled the gallery spaces with documentary photos of the Eastern State Penitentiary in Pennsylvania - but this is more than just fine photos - it is really a society, a sociology and life's lessons on view.  In a pile, on a pedestal, there are old certificates of fact, the papers that were used to log in the inmates, noting what they did and didn't do, how they behaved with one another, who got pardoned, who died in jail, etc. 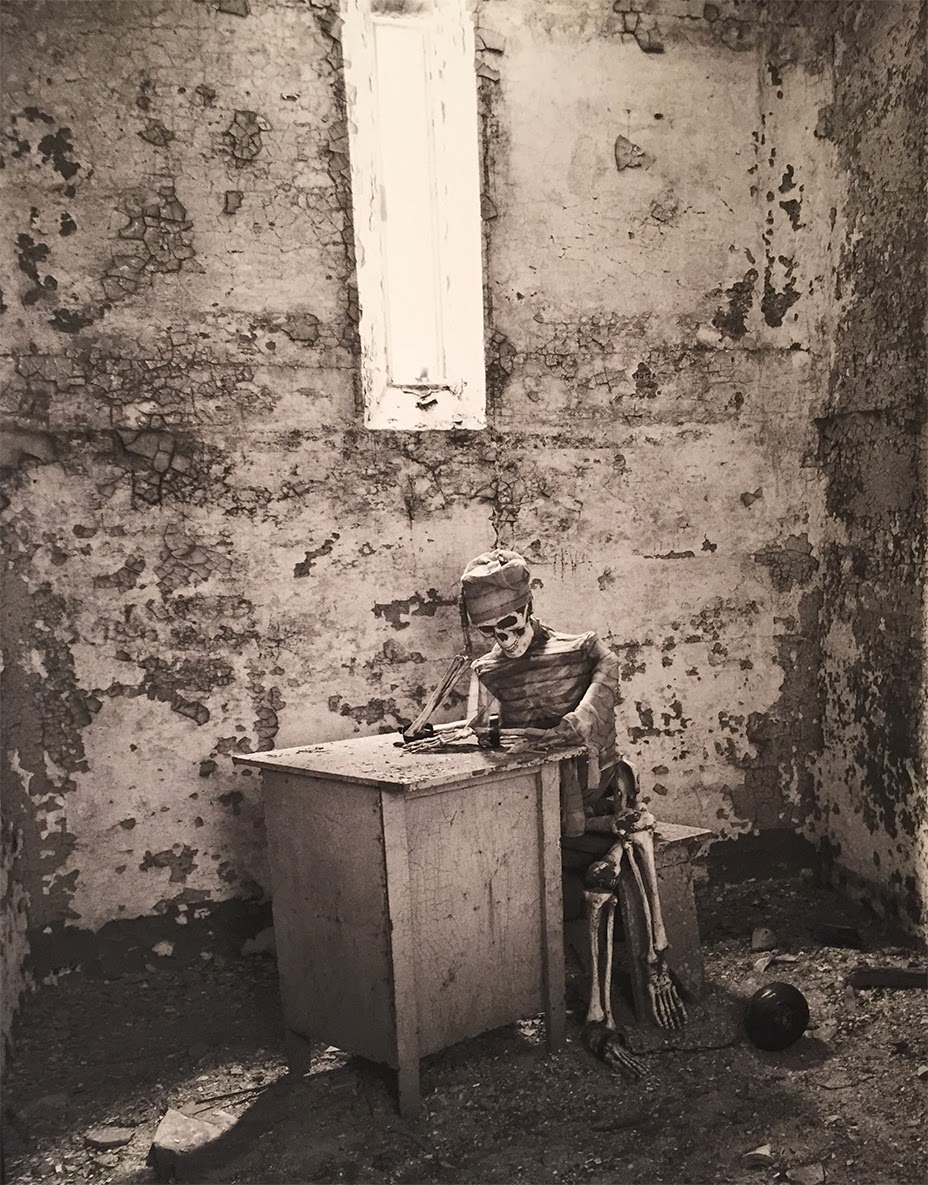 The old jail hasn't been used for quite a while, so it became a destination for a field trip that Eric took, and he just kept going back to document what he saw there between 2003 and 2005.  The building looks like a Civil War relic, a stockade whose walls are peeling and corroding, the photos made inside this prison give one the chills.  This could be the scene of a horror movie, and it probably was for some who sat out their days behind bars. 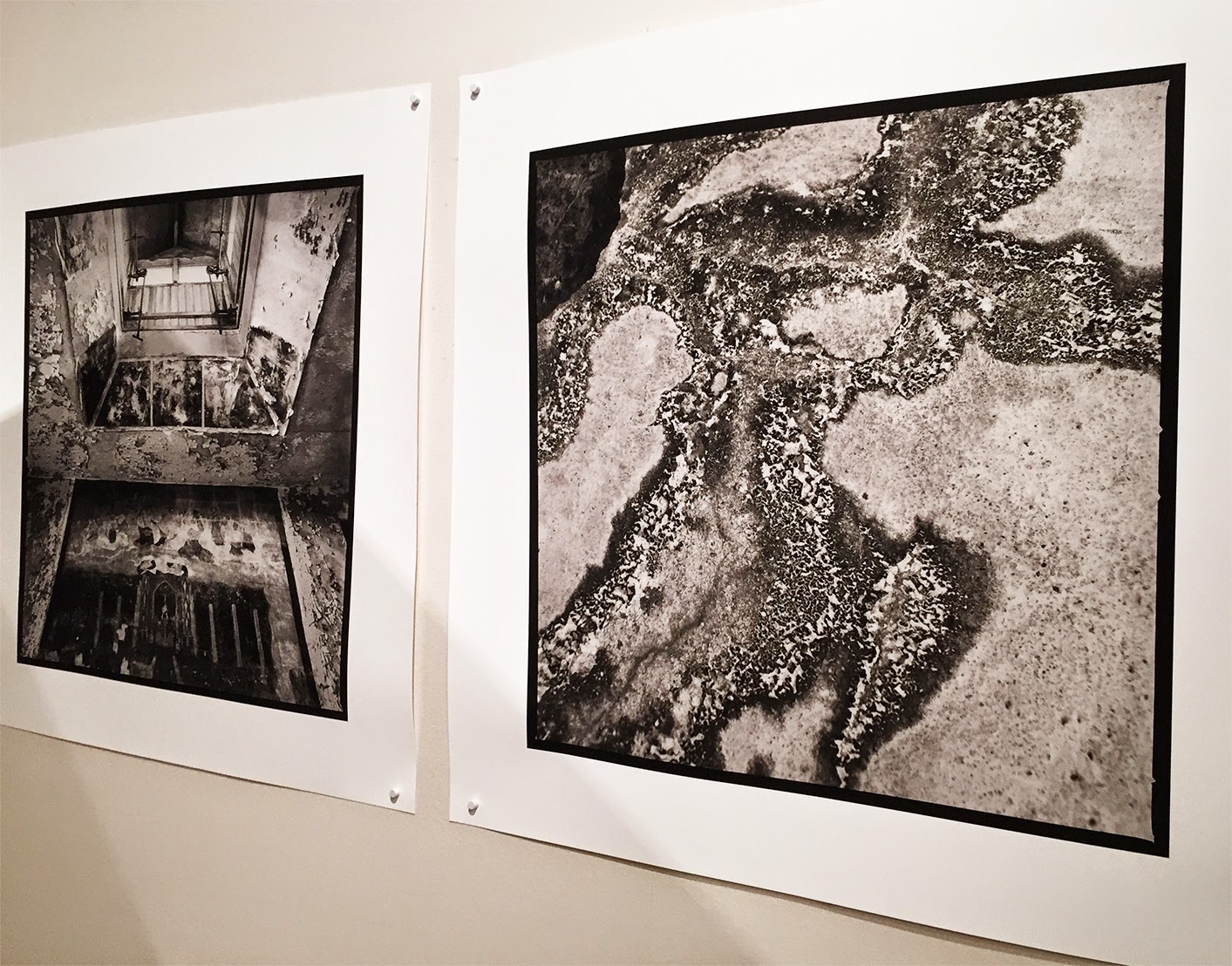 Eric's vision of this place is all texture, and he brings a remarkable sense of light and detail into these gloomy precincts.  Sometimes his photos bring a softness that is less foreboding, and then you can go back and read the scripture of the warden in charge who writes that a certain prisoner has learned to write, or read while incarcerated, or that a certain person has been discharged, or transferred with little hope for his last days.  It is very moving stuff! 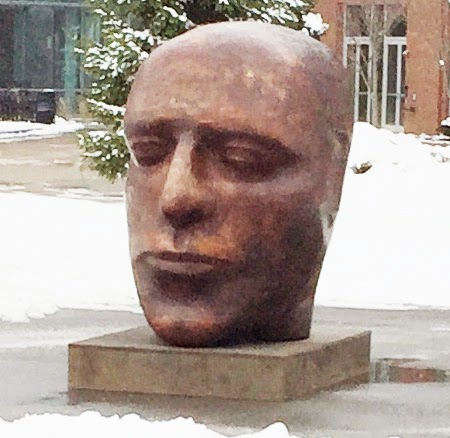 Across campus at R.I.T. there was an unveiling of a huge sculptural portrait of the vintner Robert Mondavi.  Richard Sands, the art patron and owner of the recently acquired Mondavi Winery commissioned my colleague Len Urso to create this giant head that somehow reminds me of the Easter Island moai, seen here sitting outside in the cool breeze. 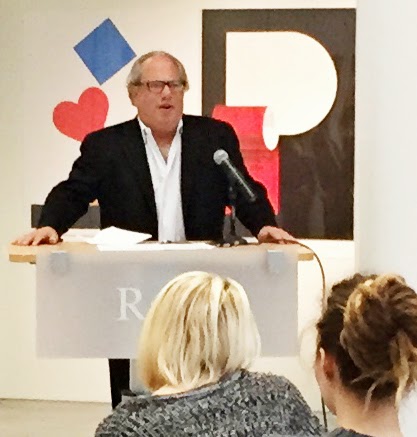 At the celebration for the artist and patron, a short video was projected that gives one an idea of where the new sculpture will be situated, and then the crowd could go outside on a wintry afternoon to inspect the work.  Made of thick copper sheet metal welded together and hammered out, this is no small order for an artwork of formal rigor that serves as a reminder of the "bigger-than-life" approach that Mondavi brought to his business, and that is carried forward in this likeness to be installed in California during the spring of 2015. 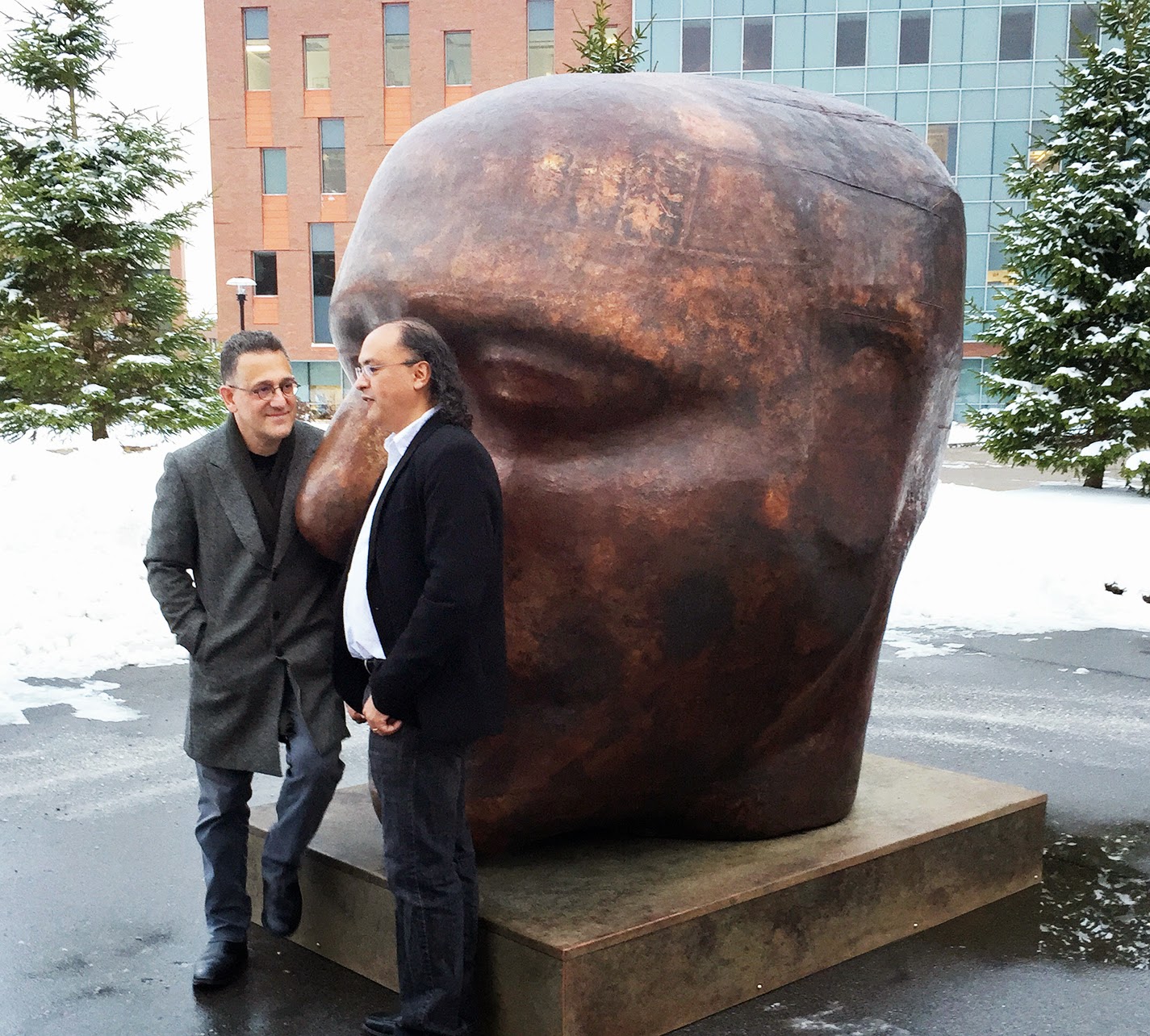 Len Urso on left with Carlos Caballero Perez
and new Mondavi portrait in copper
Posted by Alan Singer at 7:47 AM