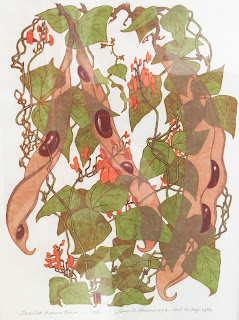 
This week I learned that a new group is forming in our community to engage the topic of art collecting -  and,  you may have an interest in this subject.  There is now a website I have seen and here is the link:  www.rochesterartcollectors.org/

You can join this new group for free, and look forward to some social get-togethers to share information and maybe even get started collecting on your own.  You don't have to spend a fortune to own something that is expressive and maybe something like this even becomes essential to you. 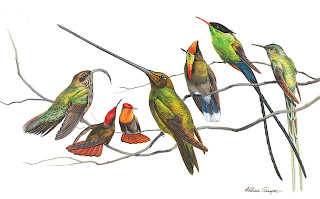 
I have been thinking about art collectors, and I am thankful for their support since I have been involved in selling my art since I was 15 years old.  I have also been buying artworks from time to time, and I think of the pieces I now have in my collection which I am so thankful for - and I look at them everyday.  Some of my favorite things I bought at The Rochester Contemporary Art Center's 6 x 6 shows, so I didn't have to spend much to get something truly unique.  If you haven't had a chance to see the 6 x 6 shows, there are literally hundreds of works to choose from, all at the same $20 price tag( and you get to support a terrific organization ! ). 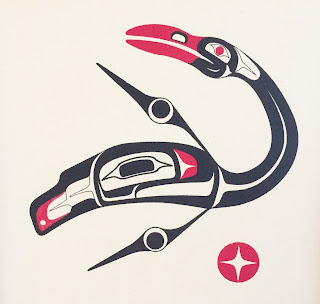 
I took the day off to be in Ithaca, New York, and I went up to the Herbert F. Johnson Museum on the Cornell University campus.  A great museum like that often has artworks given to them by donors and collectors and this visit I took note of that.    My late mother-in-law had a gallery in Ithaca, New York called "New Visions", and so I would go there all the time to see the shows she would put on for the public.  She travelled regularly to bring new works to her gallery and she would feature shows that would have art by native Americans, or new works from Seatle, or New Orleans.  She let me curate two shows from New York City artists I knew well. 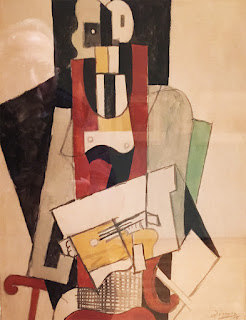 At the Johnson Museum  they had a large works on paper show, .  So many artists, so little time! There I saw a wonderful Picasso cubist work, and a suave Matisse drawing of his daughter-in-law "Teeny"done in charcoal circa 1940.  Downstairs there was also a large abstract expressionist painting from Norman Bluhm  and many fine works in their study collections. 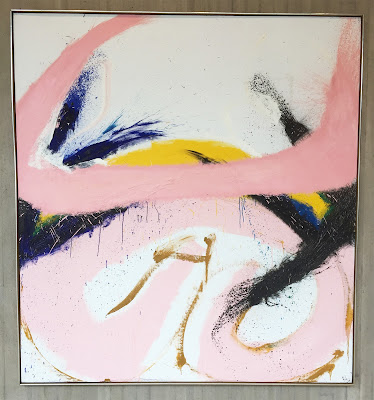 At the Herbert F. Johnson Museum of Art, they have a selection of 20th century art that you can really spend some quality time with.  I read about Arthur Dove,  who grew up in Geneva, New York, and later became a student at Cornell University.  Dove had an influence on painters for many years because his paintings had a mixture of realism with abstraction.  It is interesting that many of his paintings ( some on view in the present show ) are no larger than a postcard. 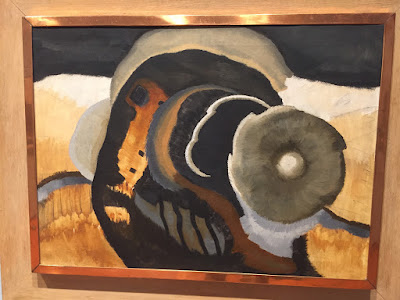 So, I drove down the hill and parked to go over and view the show I SEE YOU  ( IC / CU ) at The Ink Shop on the second floor of the CSMA Building on State Street.  Here was a wonderful opportunity to see prints by up-an-coming students from the local colleges and university world. 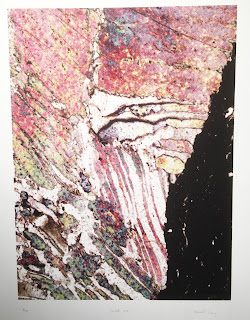 I liked the direction that Hannah Lang took with her textured prints.  They are  nuanced, colorful and abstract - maybe they are details from a larger world we have yet to experience fully...
At the entrance to the show there were a handful of smaller prints, and then there was this one seen below,  of a drawer full of bird skins - orioles.  what a surprising subject for a print! 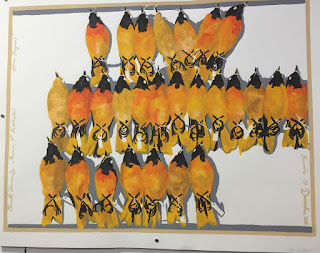