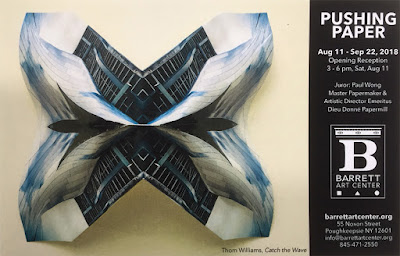 
I have been hearing good things about The Barrett Art Center in Poughkeepsie, New York, so it is off to the Hudson River Valley to find this place and bring my two works for the show that will start in August called: "Pushing Paper"  ( see above ).  In the older section of Poughkeepsie, right near a park by the river is an old brick building that now houses The Barrett Art Center, and they have put together a roster of interesting shows that they are mounting.  I think this is a fine idea, and it will help re-vitalize the art scene in this picturesque town that I knew many years ago when my cousins lived and worked there. 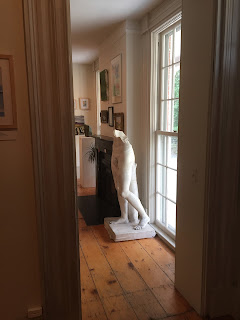 Inside The Barrett Art Center

The Barrett Art Center had a selection of photos upstairs, and a student show when we were visiting.  The interior spaces are very much like walking through the door of someone's home built probably in the late 19th century.  We were met with a friendly receptionist, and I hope that the shows attract some attention. 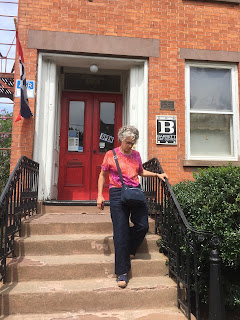 Making our way out and into New York City we encountered some devilish traffic and suffered through it all the way to Brooklyn.  The next day we spent in the Brooklyn Museum and found solace in the way they have re-imagined their shows, stressing diversity.  This made me think about how hard it has been for some artists who wanted to have their work presented with some respect, and only now have points of view opened to accept and promote their art. 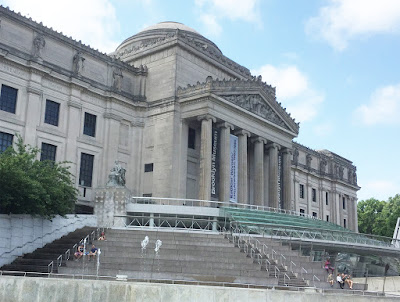 Along Eastern Parkway is the Brooklyn Museum of Art

The show on the top floor began with some classical marble sculpture and an installation of glass art called: "FLOAT" by artist Rob Wynne which will be on view into January, 2019.  This installation actually carried through many rooms  - though each room had something different.  Sometimes the glass art was purely abstract, other situations called for glass letters that spell out some nifty statements: "I Saw Myself See Myself" is one example. 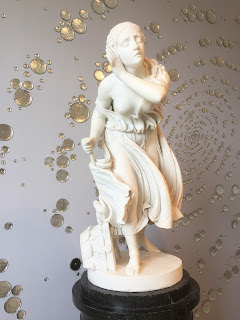 At the entrance to FLOAT
Brooklyn Museum

Further into the museum we came across rooms devoted to Transformation - Life and Death in the Americas - which features many art forms going back into history from native tribal artists of North America, Central America, and South America.  There are  many fine examples of Aztec carving to Northwest Coast masks and beyond.  The show opens your mind to all new perspectives on the power and sophistication of these ancient traditions that would produce these objects. 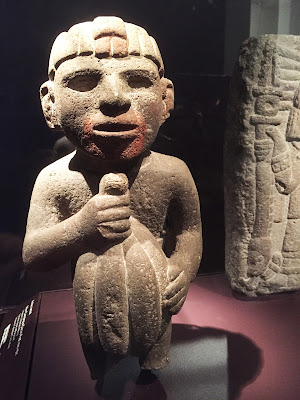 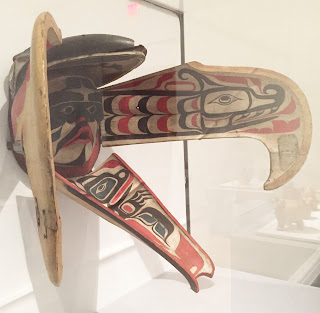 Downstairs in the Brooklyn Museum there was a different exhibition that featured 120 Radical Women - artists mostly of Hispanic cultures from the mid 1960s through the mid 1980s - and  here once again I was taken by the nature of this show and the fact that I had not been aware of many of these artists whose work I was seeing for the first time.  In the exhibition there was a large wood piece by Marisol that  appears in many books around the beginnings of POP Art - though in retrospect I doubt this art has much to do with POP commercialism. 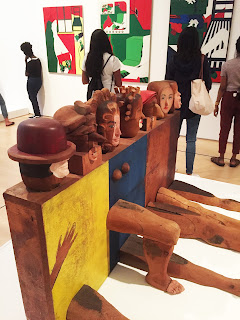 Another artist that I did find had something more to do with the POP Art sense - but she puts her art thru an activist lens and her prints work at your conscience - and these are the work of  Ester Hernandez, that you can see below. 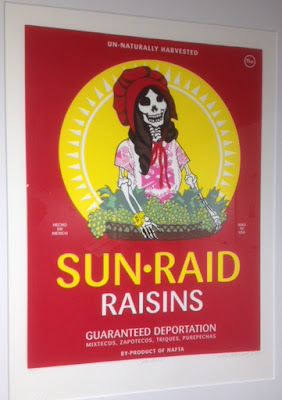 Before we left to go home we took another look at the big installation of Judy Chicago's Dinner Table which now has a real space devoted to this unique artwork.  As you go around this triangle stop and look over each setting  - and think about the time and care that goes into each part of this major work.

It can give you chills thinking of it, and all of the inspiration that the women who are honored at this table have brought to us all. 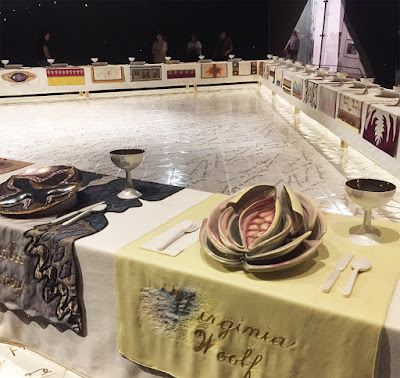 Judy Chicago at The Brooklyn Museum

So, we prepare for the long drive back upstate, don't forget the umbrella, it is going to be a pretty rainy day as we pass by the site of the World Trade Center, which is packed with tourists on this summer's day. 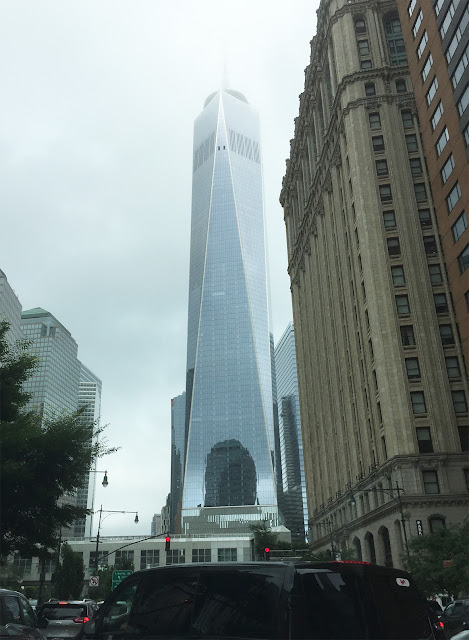