Capital A for Art 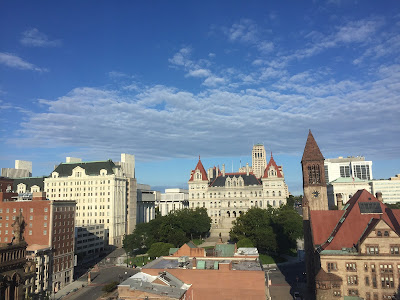 Capital A is for art, but also Albany, which is where we find ourselves on this breezy morning.  It is a beautiful day outside our hotel window and we are here to survey a room at The New York State Museum for a possible showing of my father's artwork.  We went up to the imposing building to check out the exhibitions on view, and came away saying WOW! 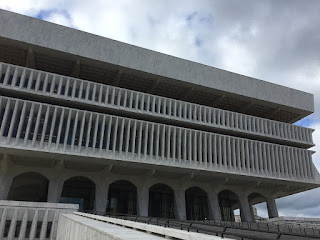 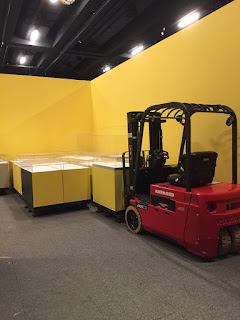 We had the guards open up the temporary exhibition room for us to walk around and were impressed by the high ceilings and generous proportions for a show.  This museum is devoted to history, nature, and art and with our show we hope to fit right in! 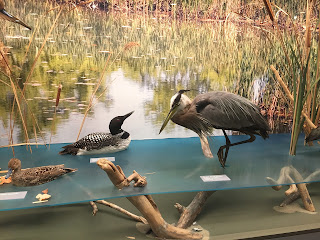 Now on view, a large segment of floorspace is given over to dioramas that tell a visitor a lot about what you can see in New York and also about the history of the people of New York - going all the way back to the Ice Age to reconstruct a setting from the past - and then on to more recent times  with attention paid to indigenous peoples like the Iroquois. 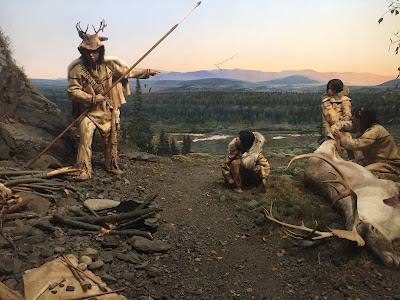 Looking at the Long House we had to stop and listen to recordings telling the stories of  life  among Indian people -  shining a light on their history and their situations.  The setting here in the Museum of New York is very engaging, and we could spend hours reading the wall placards as we walk through the halls. 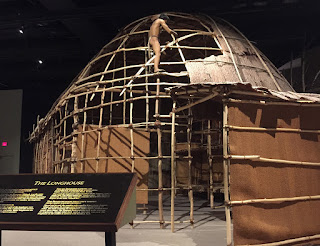 In another section of the museum we can see the many facets of building The Erie Canal.  A revealing sign calls it "Clinton's Ditch", where you can read that the canal has been built and reworked three times since its inception in the early 1800's. 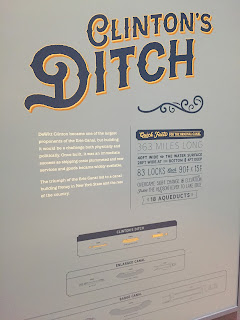 A History of the Erie Canal

The New York State Museum has something for everyone.  One of the most galvanizing exhibits on view has to be some of the remains of the terrorist attack on the World Trade Center, September 11th.  Bent steel girders from the building and a smashed fire truck attest to the horror which was compounded for us by a first person narrative from our security guard who had witnessed the destruction first hand.  He was in Manhattan doing his police duties escorting a woman when the planes hit the twin towers and the conflagration forced everyone to evacuate. 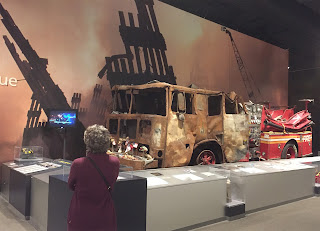 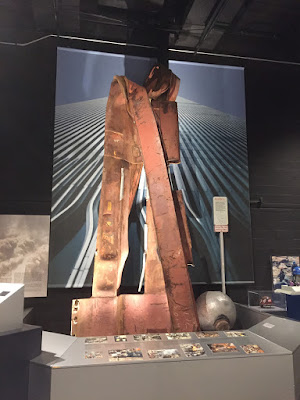 Across from the lobby of The New York State Museum, you can walk downstairs and along the grand concourse to find an art collection that Nelson Rockefeller had commissioned years ago.  I found the large murals there by artists like Al Held and Al Loving, Jr. to be aging well.  This is a dramatic space under a park where political rallies often occur.  The paintings  by artists like Morris Louis and Jack Tworkov remind me of my years in college, when demonstrations seemed to roil the 1960's.  We are not to far away from that same feeling today. 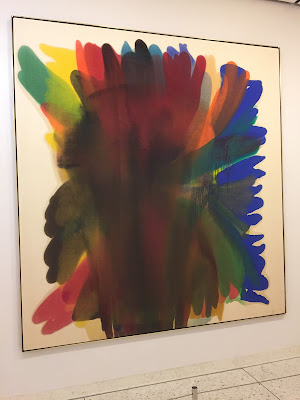 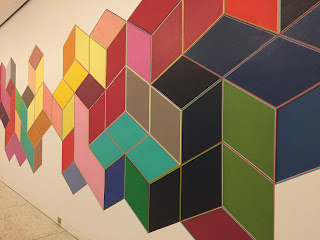 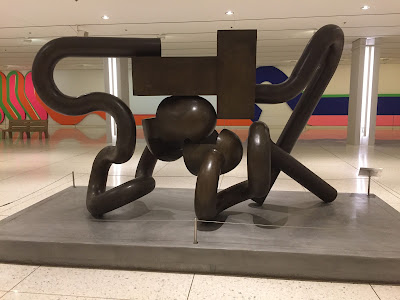