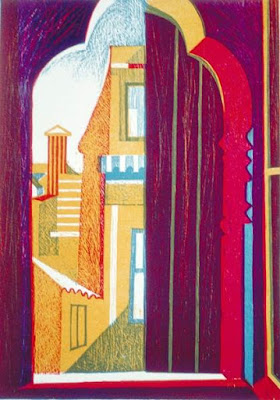 Against a backdrop of political turmoil in Washington, D.C., I have found myself in a reflective mood, and I want to celebrate the good things I have and the relationships that have meant the most.  Can I also include the readers of these posts? - Thank You! If you spend a little time reading what I have written you have given me a better sense of purpose.  As an artist one can sometimes feel on the margins - so at least there are some connections made here as I tell my story.

I have written recently about my father, and my family - all of us involved in the arts.  My mother, Judy, and my father, Arthur were both graduates of The Cooper Union in New York City.  They had a wide variety of friends who were all in the visual arts, as designers, printmakers, illustrators, and fine artists.  One couple had even written a book on printmaking and that was John Ross and Clare Romano.  We would get hand made Christmas cards from them each year, and they inspired me to try my hand at making a wood cut, maybe when I was ten years old, and I took off from there. 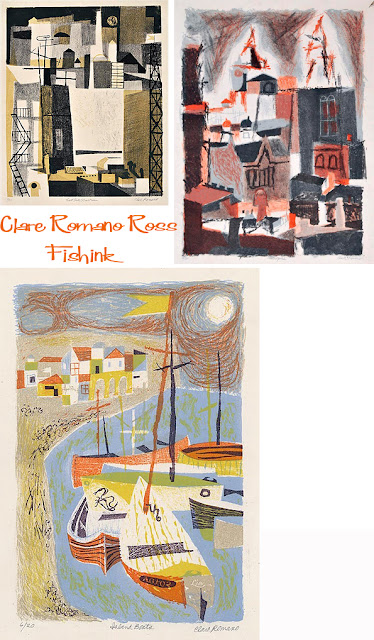 Painting and printmaking were my main interests when I was in high school, and I took classes on Saturdays at The Museum of Modern Art School ( in the basement of the present day MOMA ), and also at The Art Students League, in preparation to go off to college.  When I was accepted at The Cooper Union, I was greatly elevated because so many of the people I had met ( friends of the family ) were involved in the arts, and had gone through The Cooper Union experience.  The Cooper Union was tuition free and it was and is one of the most selective colleges in the USA.

While I was at The Cooper Union, I studied art history with Brian O'Doherty, and Dore Ashton.  Above are some of her many books.  I liked her way of speaking, and also the fact that she was concerned with contemporary art, and was very familiar with the artists, and she was married to a painter, and they were my neighbors on East 11th Street in Manhattan.  It might be her influence that I feel today as I write about the arts, and I take inspiration from her as an example. 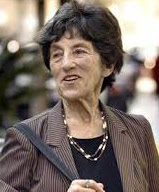 If you haven't read Dore Ashton's writing, I suggest that you take a look for her books, especially her interviews with Phillip Guston, and her books about The New York School.  Dore Ashton was there when it was all happening, and she changed the course of my college experience through her efforts at shaping the art history department at The Cooper Union.  She brought in some very interesting faculty to teach during the early 1970's when I was still getting my BFA.  Dore Ashton also brought in artists like Joseph Cornell, Helen Frankenthaler, Robert Motherwell, and poet Octavio Paz.

As you can see by this post, both of these women - Dore Ashton, and Clare Romano have recently passed away, and so that contributes to my reflective mood.  Later - way after I finished college and  got my MFA at Cornell University, I began to write and take printmaking seriously,  so I would say my role models had a very positive affect.  The wood block print at the top of this post was commissioned while I was the President of the Print Club of Rochester, so I had a chance to give a nod to an old friend, and a real figure of substance in the field of printmaking.

Now,  I can say thank you to my readers, and to the people who mean so much to me.  We passed  50,000 page views - so that is quite remarkable, and it leaves me very humble, so that people would spend a little time in their day to read my stories.  Thank you!
Posted by Alan Singer at 6:29 PM