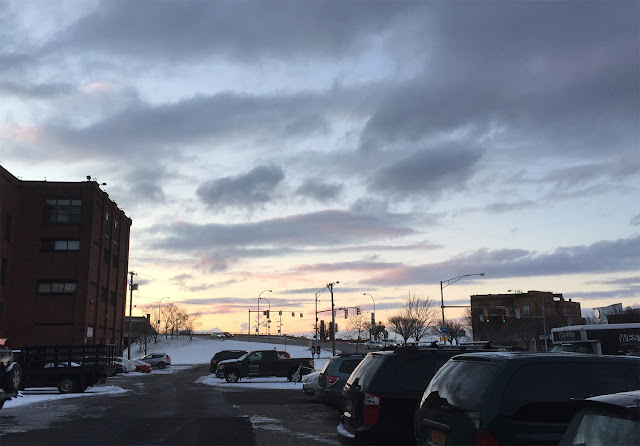 I stepped out of my studio on a First Friday to go and catch up with some artists who have mastered their medium.  In the present climate there are many reasons to go and find the art on view and lucky for us the painting and drawing is of a high quality and a rewarding experience awaits a viewer.  There was a good turnout at the Rochester Contemporary Art Center.  In February we celebrate Black History Month and what could be more in step than the new show of mural size paintings by artist Meleko Mokgosi.

Meleko Mokgosi is an artist originally from Botswana in Africa, but now living and working in New York City.  He brings to Rochester, these large scale paintings which are part of a visual novel which we get to view in several chapters which were recently trucked here from Los Angeles where they were on view.  This show is shared by the Memorial Art Gallery where the rest of the show will reside during the late winter. 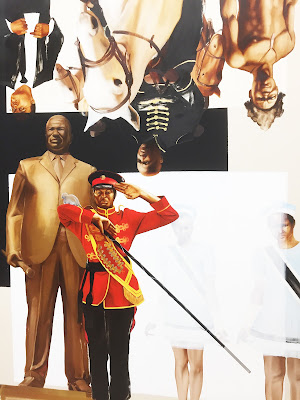 This upscale art is a blend of styles played out with a variety of scenes that mix history, sociology, and a complex culture that looks like it was ripped right out of the news headlines coming out of Africa.  The mastery of the image mixes realism with large blocks of abstract color.  there is a long story being told on a slightly acute angle giving the viewer some flex points to look at: a choir, the crowning of a leader, and the society that surrounds them ( some even upside down ). 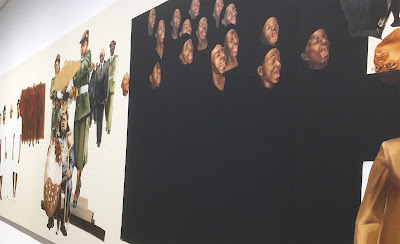 Dogs and goats and other familiar animals stand still for a moment while the artist paints their portrait and then they melt back into the scenery.  As noted in the literature for the exhibition, these paintings are allegorical; they have a visual poetry that is grounded in realism with themes that achieve a resonance today. 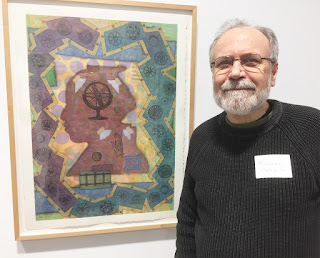 Michael Harris with his recent works on paper

Before I left RoCo, I had a chat with Michael Harris who is also presenting recent works on paper at RoCo in the Lab Space.  His works resemble those of Jasper Johns in the framing and use of the mixed media, and also the profiles of faces and figures.  This series has image transfers and restrained color and they are strong pieces that have a very open attitude towards symbol and representation. 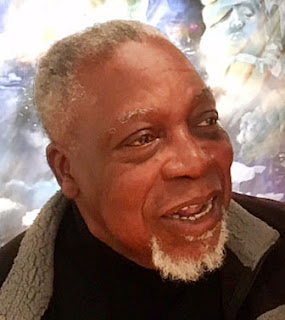 Luvon Sheppard presents his "Forms of Contemplation"
at The Geisel Gallery

I looked in on the show that my office mate Luvon Sheppard has prepared for the Geisel Gallery which will be open through March, so if you have not had a chance to look at his new, more abstract works, these will certainly be a surprise.  Luvon's artwork has taken on a more ethereal presence, seemingly filled with some of the clouds I saw when I left my studio building in search of fine art. 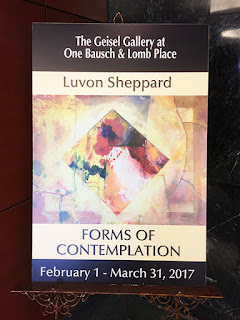 It seems as though the artist has opened a new chapter in his work, and it seems to distill the images from Psalms and places that in the firmament of his compositions.  Luvon indeed does bring his devotion to social and religious calling into his art, creating a moving atmosphere in which we can pick out a human presence here and there.  The painting at the end of the hall can sum it up in way that is very direct. 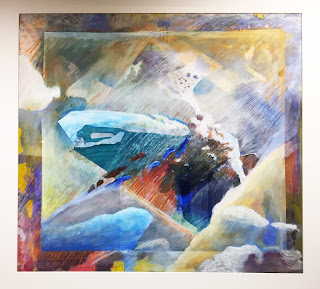