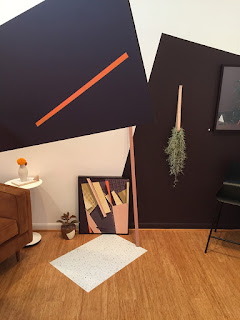 Before I leave for CANADA, I stop into the Axom Gallery in Rochester to see the show called "Congruent" that includes paintings, furniture, plants and a whole range of vignettes - like stage sets with potted plants that are also reflected in photos strategically placed.  St. Monci is the painter whose work I have admired and this show represents a shift towards theatre and more complex compositions that carry along their own floating panels as an extension of the paintings themselves.  This borrows heavily from the Constructivist movement in Europe ( early 20th century ) where the paintings were reductive and precise with a focus on planes and abstraction.  In this show, St. Monci prepares the architecture of his paintings as if he were planning a small city. 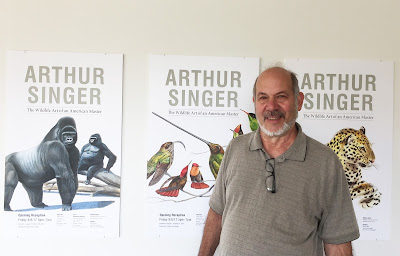 My brother, Paul Singer
at the entrance to the University Gallery at R.I.T.
with our new show:
Arthur Singer: The Wildlife Art of an American Master

I have had a busy month with a new book coming out that I worked on with my brother, Paul Singer, and a new show planned for the University Gallery at Rochester Institute of Technology. Our new show honors the artwork that our father, Arthur Singer, created during his illustrious career. 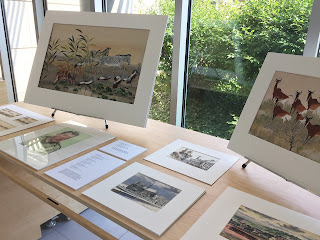 
And off I go, on my way across the Peace Bridge over the river and through the woods to "BRIDGES" - the conference on math and art in Waterloo, west of Toronto.  Watch out for Google Maps!  They chart my route, but don't seem to know about the construction delays....!  CANADA is so clean!  No wastepaper strewn along the roadside like in the U.S. 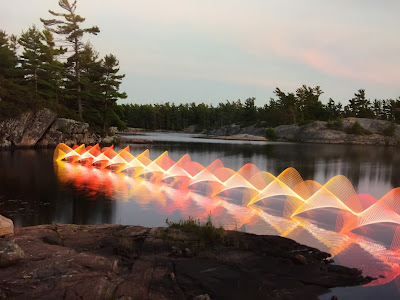 BRIDGES - a conference of mathematics and art in Waterloo, Canada

Waterloo University is the host of BRIDGES 2017, and the various college buildings sprawl across a section of a town that was home to the Seagrams brewers way back when.  Waterloo is a top-rated University that reminds me very much of what we do back in Rochester - high tech with a good blend of music and art.  The University of Waterloo has a fine art gallery ( UWAG ) and they staged a show called " Passage and Obstacle". 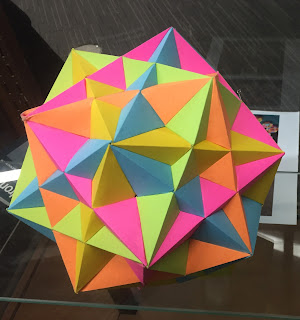 So what is it about art and math - why are they seen as subjects for which you need a bridge to cross over?  Some of the presenters at this conference tried to trace the differences and similarities of math and art.  I just see them both as a human endeavor to achieve some understanding of the universe we live in.  Both have their own languages with their own grammar like foreign countries, and both math and art have their own discipline and practice.  With mathematics I see it as finding ways to measure and calculate, to find a process to analyze what may or may not be physically present.  With fine art you have a practice that often but not always results in a physical manifestation that may not be easy to understand at first because it is primarily often a visual experience.

In my next post I want to look at various aspects of the conference that may resonate with a view towards the future, so stay tuned..... 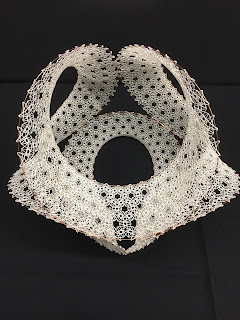