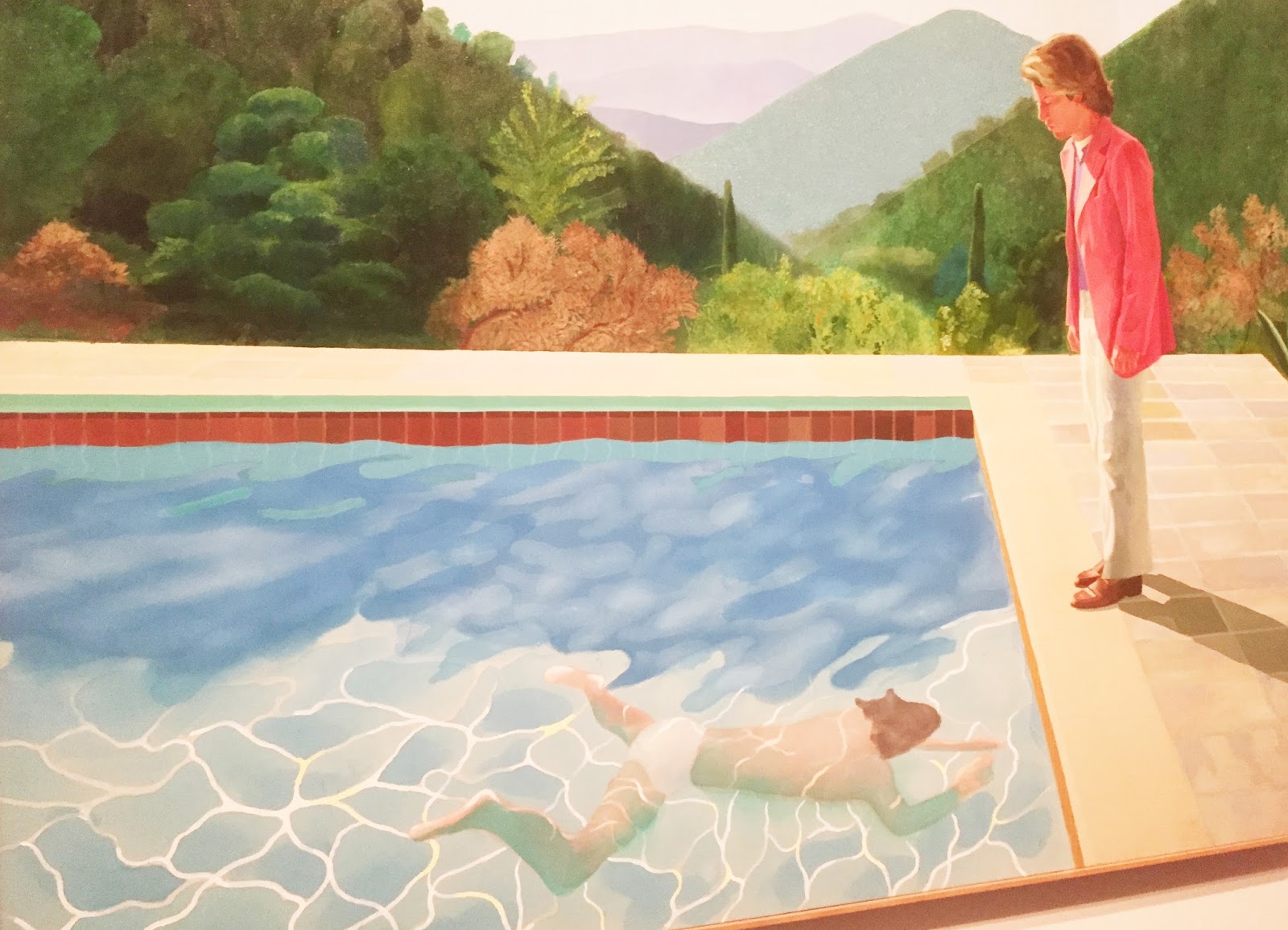 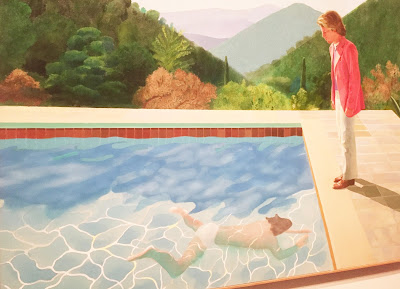 David Hockney at The MET thru February 2018

In the early 1990s, I remember staying at a friends house high up in the Hollywood Hills, and towards the top we drove past the home of David Hockney.  From the outside it looked just like it does in his many paintings.  Hockney has used his home as subject matter over many years, and that becomes evident when you take a look through the new show that has just opened at The MET. 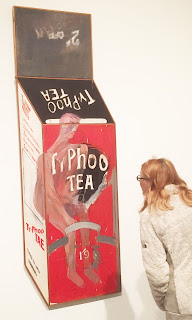 We were in New York City to see shows and have been following Hockney's work for many years and then recently I have been reading about his use of digital media and his innovations in his art, and we were eager to see the exhibition.  Hockney started to gain recognition for his art in the early 1960s fresh out of art school when his paintings were a blend of Pop Art and expressive representation.  Figurative art was not in the ascendant position that it is today, and David Hockney made his early work in the face of that opposition. 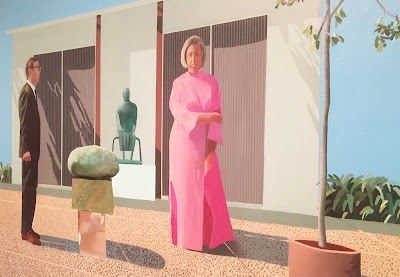 At The MET there are some early popish paintings that had a focus on people in his life, his patrons and friends, and Hockney became known for his portraits.  Often these people were painted in their home environment.  Colors are clear and descriptive, the compositions are balanced and confident.  Innovations would come later. 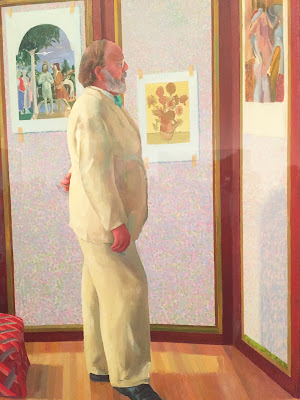 Paintings of Henry Geldzahler stand out in this show, and while not exactly photorealist they still tell you a lot about each sitter ( or stander like that one above ).  Geldzahler was a curator at The MET in charge of determining what was happening in contemporary art.  I thought it was funny that he is portrayed above surrounded by reproductions of Van Gogh, and Piero Della Francesca. 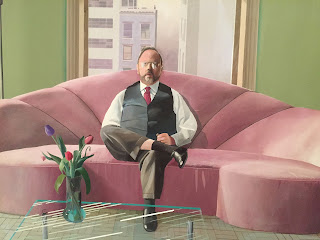 Mid way through the present show there is a single work that could describe a turning point in Hockney's career, and surprisingly it is a photographic work - barely touched on in the show.
It is a kind of cubist photography that breaks down a panorama into individual snapshots that have been put together in a collage that re-makes the whole scene. 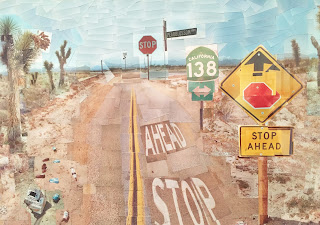 If someone else had used photography in this way, I have not heard of it.  The example in the present show gives you an idea of the breakthrough.  The fact is that there is a whole universe of images that Hockney went on to produce, and I would say that the later part of the show at The MET is a little diffuse here especially in regards to the innovative uses he has had for digital technology. 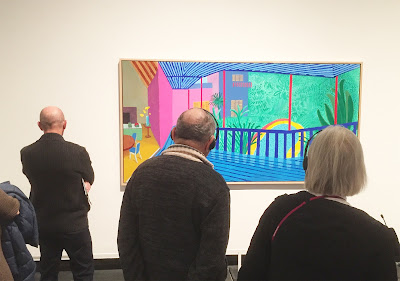 The MET was crowded and sometimes getting a good look at the paintings took some time and patience.  The later paintings employ curious distortion of space, and take a page out of the Matisse playbook, when it comes to color. 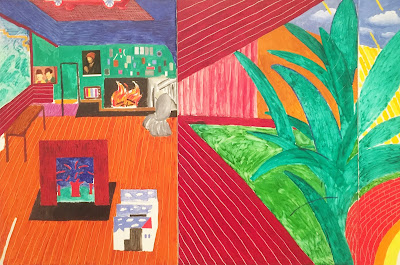 Before we left The MET, to go over to Brooklyn, we took another look at the wonderful show that I wrote about earlier in my post called: "Surprise Party".  This was the gift of Japanese baskets and other works to The MET from my cousins, Diane and Arthur Abbey.  The powerful work at the entrance to the show is a floor to ceiling piece that has tremendous energy.  You get just a hint of that from the image below.  All in all this was a great day to be a gallery goer and The MET is a STAR. 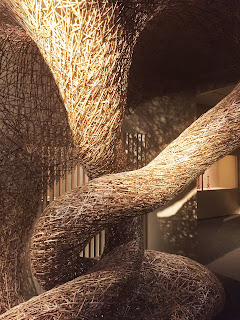 Tanabe Chikuunsai
"The Gate"
Gift of Diane and Arthur Abbey