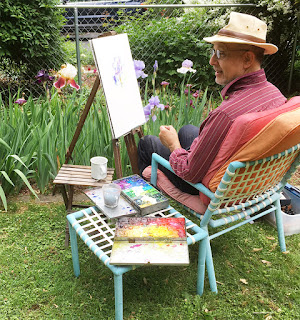 Tales of two cities ( Ithaca and Rochester, New York..) - looking for something unusual!  Jump over to the gallery page in the paper, and go see for myself what is happening.  My father and mother took us as kids around to see the galleries around Tenth Street in Manhattan when everything was getting going back in the early 1950s.  Back then, you could walk around the art world in New York City in an afternoon.  This was way before the development of SoHo and Chelsea and the wallop of all that development money from above.

I was looking for something unusual, for example - I remember walking into the Howard Wise Gallery on 57th Street at an opening for Yayoi Kusama when there were hardly any visitors to her show - this was probably 50 years ago - and now she is a world-wide art star.  The point being - that you can find things made by artists that might have the force or change the directions that our culture responds to - and you may buy it or follow the artist's work to see what happens next. 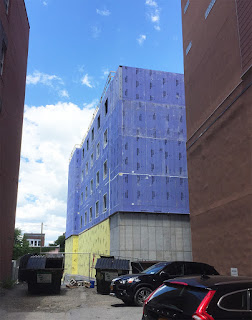 On the Commons in Ithaca, I had a nice chat with Robin Schwartz, a director of the CAP  ( Community Arts Partnership )  Artspace.  She said rather than have the usual wall labels for a big group show she would ask each artist to answer a single question: Why I Did It!  The resulting exhibition puts together artworks hung salon style alongside the story of what propelled each artist to make the work that they are showing. Awards were given based on a juror's recommendations as is the case here. 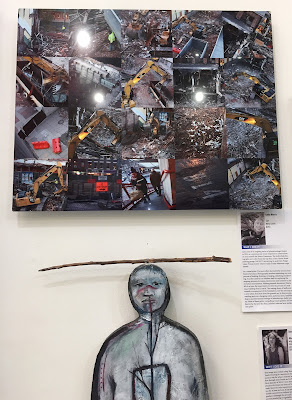 I did find some unusual things in the Why I Did It! group show.  Robin Schwartz said she wanted to do away with the jargon filled wall labels she finds in museums and galleries, and she said that people really stopped to read why these artists made their works just so... 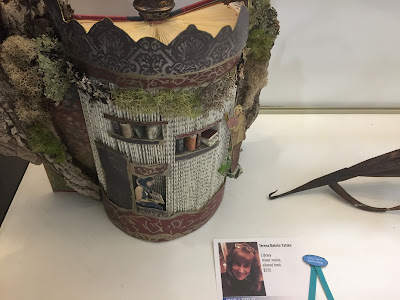 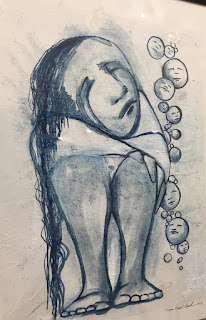 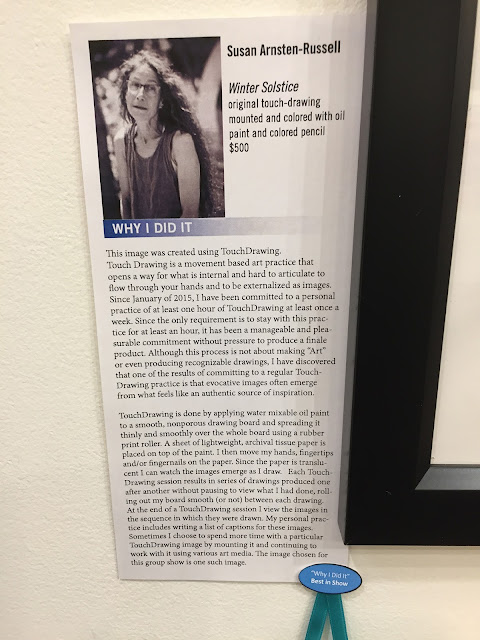 "Why I Did It"
At Cap Artspace, Ithaca, NY

Up the way on State Street you will find the Ink Shop in and around the construction of new buildings in Ithaca that will soon shadow the earth.  The Ink Shop upstairs now has on view the new prints by Paul Van Atta that I promised to go see when I met the artist a couple of weeks ago.  Now that I see his printed works, I am surprised by the variety of substrates that he uses including pizza boxes and acetate.  His prints are filled with characters - sometimes in a crisis... 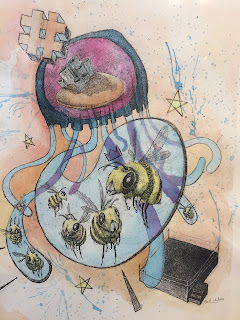 Reality is balanced against a kind of cartoonish story line developed for many of these prints by this Kahn Family Fellow.  As it says on his card, "Paul uses screen printing, painting and drawing against the byproducts of retail displays that focus on his characters in a state of befuddlement or general consumer distress. 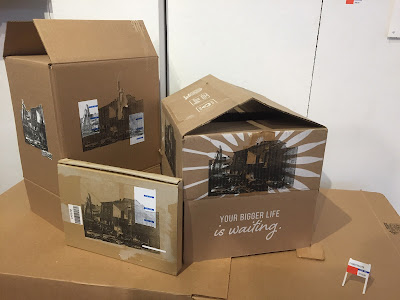 Now, I am back in Rochester, to work on my own art ( at the top of this post ) and later on I will stop in to the Bevier Gallery to see the Print Club of Rochester, and their international show called "Political Impressions".  I think this is a fine step for the Print Club - a group for which I have a strong regard.  Next post we can look at the things happening in around town, so I hope you get some free time to do the same.  Happy Father's Day!