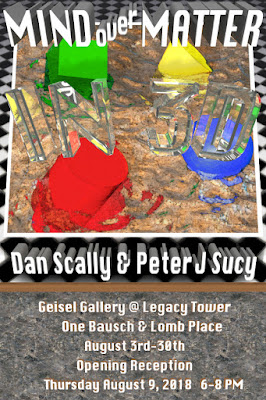 Is this art in 3D or should it be in 4D?   I am writing about the show that arrived recently in the Geisel Gallery ( "Mind Over Matter in 3D " - open until August 30th, 2018 ) found on the second floor of Bausch & Lomb Place in downtown Rochester.  Why I ask this question about the art of Dan Scally and Peter J. Sucy is that their artworks on the walls of this exhibition need that extra dimension of time and space, because the work is colorful, sculptural, and needs to be viewed from different angles.  This is true for art presented on lenticular panels by Peter J. Sucy, and it is certainly true for the art of Dan Scally. 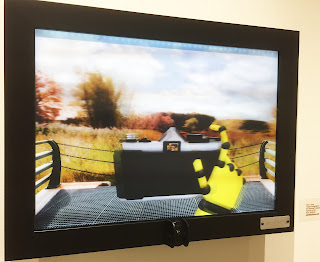 Dan Scally presents artworks that fall within more traditional aspects of sculpture and collage especially the so-called "found objects" that we have seen in 20th century art.  In contrast, the majority of the pieces by Peter J. Sucy rely on digital imagery presented on little lenticular display screens.  What is a lenticular panel?  In essence, it is a kind of specialized printed lens with basic backlighting that tends to give these artworks the look of real depth, it kind of fools the eye.  You may have seen this kind of thing before in cards and printed advertisement that makes the image appear to be moving - this is not the usual thing that you find in an art gallery ( maybe things are about to change! ). 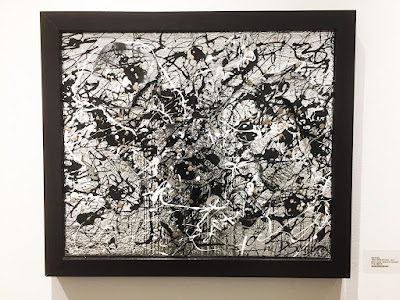 In his idiom Dan Scally is having fun working at his art in images which can range from a rendition of a Jackson Pollock storm on a bright metallic surface to a collection of different textures of wood that make up a tactile portrait of a landscape.  Continually experimenting, Dan Scally has some very attractive works that are modestly priced and a few have already sold.  From the looks of this show I can't think of a material that would shake his confidence.  My eye was attracted to a number of his pieces including something that resembles a spiked hubcap toward the back of the exhibition. 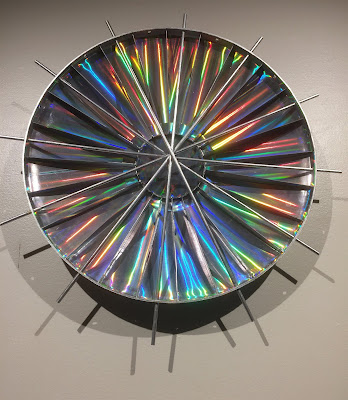 Dan Scally has a wide variety of materials in this exhibition
at
Geisel Gallery
Rochester, New York

Peter J. Sucy has a deep interest in the development of 3D prints as he explains in his artist's statement.  He is a Kodak veteran who was in line to take on a difficult assignment - perfecting the lenticular printing process and it seems to work for him here.  I know from my own experience in modeling 3D environments that this is a time consuming way to create art and there is a lot to learn along the way to make objects worthy of presentation in a gallery setting. 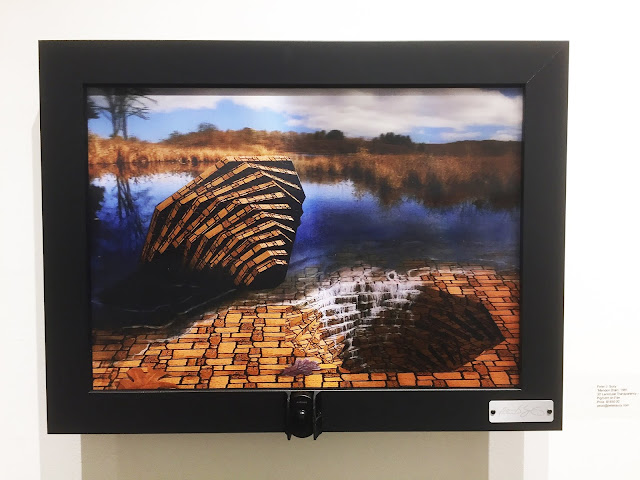 With these lenticular screens the quality of the image is very important as is the angle from which you stand and view them.  Each work requires a steady light source, and I wonder how permanent the images are in this printing process.  There is room for invention and wit and Mr. Sucy has a very interesting viewpoint to share.  In one image, a famous painting by Edward Hopper is reworked to include a kind of flying bird/machine looking in on the skeletal folks having their coffee in the Nighthawk Cafe. 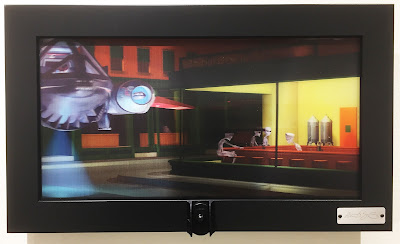 Take some time to go and look at this interesting two person show.  There are many works to see and trying to follow the development of a theme here requires a patient heart.  It is worth the effort. 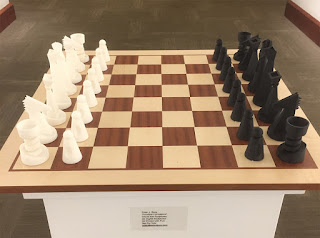