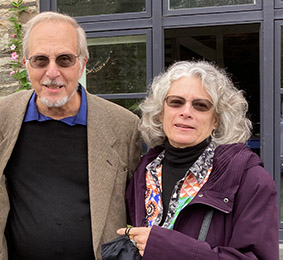 Now that I have published my 400th post to this blog, I can take a few moments to reflect on bit of family history, and before this year's end we can celebrate the people that are close to us.. I. first want to say that I owe a great deal to my wife Anna ( see above ) who has stood by me all these many years and without her support I don't know where I would be today! ..We are married for over 41 years and looking forward to so much more! 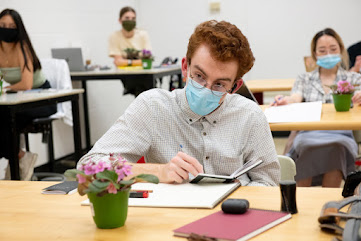 At R.I.T. my class in Botanical and Zoological Art
As I reflect on the past I can also say that this year has been a major transition after having retired from 32 years of teaching art at Rochester Institute of Technology, and I wish my students who shared so much of their talent with me all great success!  Over the last semester I was a ZOOM professor and I can say that for me looking at artwork through the lens of my computer is really not the same as being in the room with a student who expects so much good advice from their teacher... I have been so lucky to have found a great job with gifted people all around!
This year I can also  celebrate the fact that I have been exhibiting my artwork for over 50 years...
Showing what I can create is very important to me, and I look forward to feedback on my shows whenever and wherever they occur.  Hopefully I won't have ZOOM exhibitions - although I may have to!
My first New York City show came in 1971 and it was a collaboration between me and Allen Silberman.  Allen was a photographer married to Dina who was a gifted vocalist in the all woman group "The Pennywhistlers".  These women - seven ladies would rehearse in Allen and Dina's apartment in the Village and I... was just enthralled.  Later I would see them perform onstage at Carnegie Hall and they were even better! 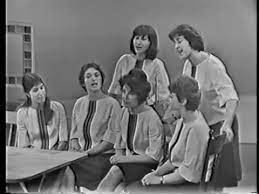 The Pennywhistlers with Dina Silberman at far left
Allen Silberman and I had our show in the new gallery district in New York City which was called SoHo for South of Houston Street.  Our show was a "Happening" and it took place at the Flats Fixed Gallery on West Broadway.  When we had our show I was still a college student in fine art at The Cooper Union and I was trying to decide whether I wanted to be a photographer or a painter ( painting and printmaking won that argument ).  So the two of us created a happening in a darkened  gallery before an audience when we projected movies onto photographic paper and we had given out water pistols filled with developer and asked  people to pull the triggers!  Really unique images then were revealed, and we let the images dry out up on the walls of the gallery. 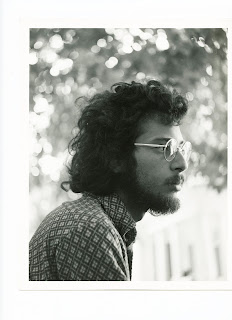 Alan Singer in 1971 at Yale University in Norfolk, CT
Something else I need to mention was the fact that although I was showing my art in New York City, it was hard to make the sales I needed to support myself, so I branched out and started to work as an illustrator and designer.  I had always enjoyed gardening at my parents house so I used their plants and flowers  as my subject matter.  I was also going about painting "en Plein Aire" after studying with Wolf Kahn and Paul Resika - two notable landscape painters. 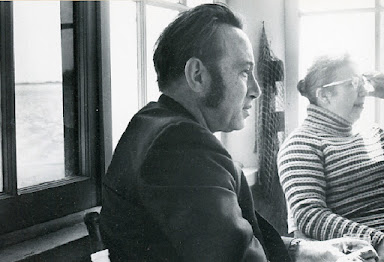 My parents - Arthur and Judy Singer - at Bertel Bruun's house, 1972
My garden watercolors lead me to a job I wanted - I was working as a book illustrator and over the next two years I produced detailed watercolors for a volume published by Delacorte Press entitled: "The Total Book of House Plants". I should also note that during the day I was studying for my Master's degree at Cornell and during the night I worked on illustrating my book. 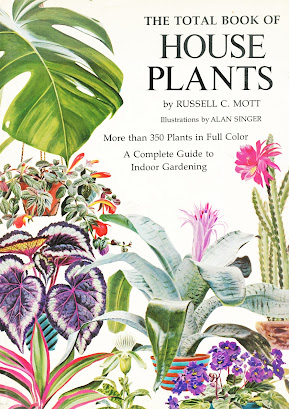 My night job was as an illustrator.. for my first book published by Delacorte Press
How do you get a job illustrating books?  You have to impress a publisher and back it up with a great portfolio - and I was in luck because my father, Arthur Singer had been publishing his artwork for years with Golden Press and the editor there ( Lucille Ogle ) had watched my progress as  an artist and wanted to support my work!  So I would study painting during the day and at night I could do my illustrations.  I gathered a great collection of tropical plants in my apartment and there was also a stellar greenhouse on the campus at Cornell.  The fellow who was in charge of taking care of the Cornell greenhouse ended up writing the book you see above - and that was Russell Mott.  Needless to say, my graduate years at Cornell were very busy in Ithaca, New York and it was there that I met my future wife!
So you see there is much to celebrate and these were the very beginnings of my artistic ventures that have only multiplied over the years since.