In Our New Year 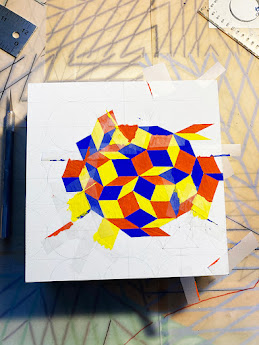 Here we are in 2023!  To start it off I am working on a new small painting I intend to give to my wife Anna, for her birthday.  This little abstract is like a crystal growing in my studio.  The facets are cut like a jewel, very geometric..and the image has implied movement.  It is like a dance, but we will get to that later.  Anna is in the next room playing her piano and working her way through a new score.  Music is a big part of our lives but because of the pandemic we don't go out to hear the symphony like we used to!

Anna, Michael, and Alan on Elmwood Avenue
In the past we have entertained guests like Michael Kimmelman ( seen here in our old house on Elmwood Avenue).  Michael came to Rochester to speak with my students and also do a guest lecture at The Memorial Art Gallery.  Michael sat down at our piano to play "Pictures At an Exhibition".  Not only is he a fine musician but he is also the newspaper critic of Architectue and art for the New York Times, a position he has held for many years.
Speaking of The New York Times, I just ran across an article about Art Spiegelman, the artist and author of the book MAUS which has been in the news a lot lately.  Banning his book in certain states is a BAD idea, and sets a bad precedent.  A photo of him in the article in the Times shows him looking over at a painting by my friend Gary Panter ( see below ).  Gary has also visited my students at R.I.T. years ago - and not only is he a gifted painter and cartoonist, but he is also part of the team that brought us Pee Wee's Playhouse on TV back in the late 1980s! 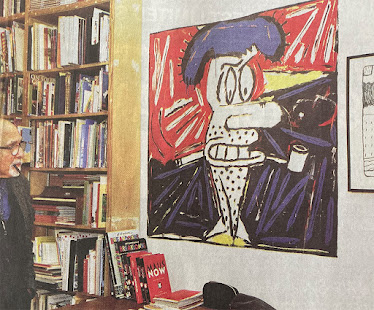 Art Spiegelman looks at the Gary Panter painting mentioned above..

I met Gary years ago when we were both students in a summer program run through Yale University in Norfolk Connecticut.  Gary was already a prolific artist and cartoonist and he has had a long lasting effect with his art and his humor.

Thinking back to those student days reminds me that I should recommend a book I am reading now about the painter Paul Resika.  He has a new book on his work published by Rizzoli in New York City.  The book:"The Art of Paul Resika" features eight decades on his paintings and has so many interesting stories to tell, and he was one of my professors when I was at The Cooper Union. 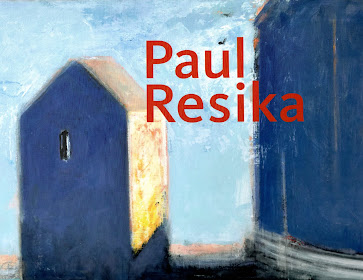 New book out features the paintings of Paul Resika

Paul Resika got us all involved in painting outdoors because of his love of the landscape.  He has also been on Cape Cod for years working around Truro and Provincetown.  His book also has new works right up to the present that feature boats in an almost abstract sense.  Here he is with one of his recent paintings ( see below ). 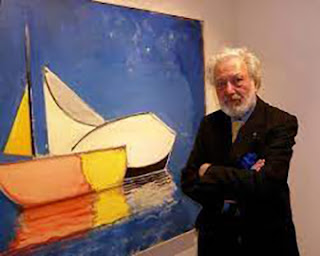 Paul was a student of Hans Hofmann, so the strong sense of color and composition was reinforced by his own education and he passed that on to us as we studied his examples.  Paul also visited us in Rochester, and I made a presentation with Paul at The Memorial Art Gallery which later bought one of his paintings for their collection.

Since we mentioned books, I can't help but give a round of applause for the book I am now going to start called: Mr. B.  and it is all about dance - ballet and the choreography of George Balanchine ( Mr. B ).

This is a great book especially if you like dance, and the writer Jennifer Homans has done her homework! Well researched and very engrossing , she tells a story of modern dance culture better than anyone else!

Read this book, here is the cover ( see below)..!  and Happy New Year! 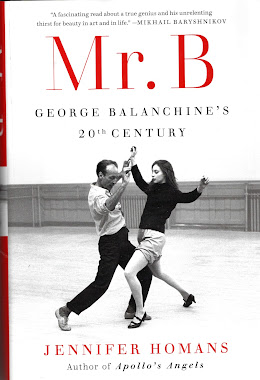