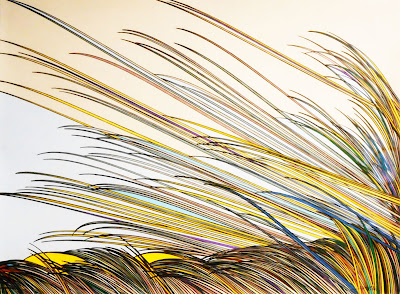 No, they are not silkscreen prints that Bill Santelli is showing at the entrance to the show at the Oxford Gallery.  The pair of images - views that maybe a grasshopper would relate to - appear to be about blades of grass each drawn with a sharp Prismacolor pencil.  The background sky in these drawings might be a beige or light blue-gray and it has been worked so hard the surface shines.  Are these drawings freehand, or does he use a stencil? The questions continue when a viewer contemplates a series called: "In Zen Mind".  Are these corporate logos worked out on a grid?  How is that effect with the gold leaf created?  What relationship do these images have to the big paintings? 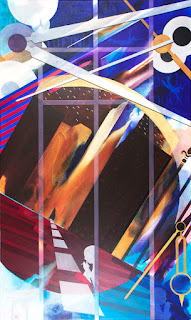 Although the larger paintings have an affinity to Stuart Davis and other artists of American Modernism,I think Bill Santelli is at his most original in the smaller scale works, and for me they are the most engaging.

Another painter in the show is Tony Dungan, and his work is a vigorous blend of figuration and abstraction that can remind me of the 1950's work of Bill DeKooning when he was deconstructing figurative realism.  Tony Dungan uses forms from abstract expressionism like a scaffolding around the figure, and then in some paintings he dispenses with the figure altogether.  His paintings have an aura of expressive and improvised brushwork and palette knife that gives this art a chunky look.  I like this one painting that looks like a person playing an instrument - take a look: 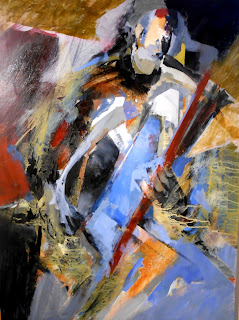 Jan Hewitt Towsley takes a fine copper wire and makes a mesh!  Actually her weaving sometimes makes a perfect screen effect, around which she sometimes builds a recognizable image of maybe a musical instrument or a still life.  I am attracted to the color of these reflective objects, and I am struck by the amount of time it must take to work the materials that make this effect.  After seeing Ms. Towsley's art I pause to think about how the grid as a tool has been used to organize space even in small compositions like #15 "Late Autumn".

Around Rochester, there are a number of new shows opening and with the recommendation of Amy Vena, I made my way over to The Geisel Gallery to see the exhibition by Jacquie Germanow.  First of all, there are her portraits, and they have a presence that is idiosyncratic in that they reveal an emotional bond that has developed between the artist and her sitting model.  The artist surveys the model's face and begins to track her impressions on paper or canvas.  This is not a photographic process as much as a personal one, and Jacquie in her art stresses the communicative value of color and gesture in a painterly yet precise manner. 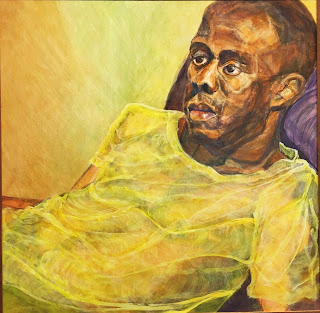 Jacquie Germanow's show at The Geisel Gallery
includes this portrait

With Jacquie Germanow her sculptural works often include found wood elements ( branches and trunks ) or iron work and then there are the cast glass pieces that create a highlight along with paints to augment a form or two.  There is a pronounced sense of play in this art, while still creating something that is symbolic and resonant. 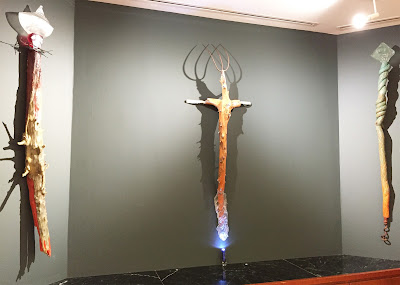 There is a rich choice of exhibitions to see, and I can recommend one for you that offers you the opportunity to see what is being done in the field of printmaking, and it is the "84th Annual Members Exhibition" of the Print Club of Rochester.  I am proud to be in the company of so many gifted artists, who present their work each year.  An award was given out to Bob Conge for his Dry Point called "Poolside".  Other prints that caught my attention included a large expressive work by Kathleen Sherin that she titles TFMM, and a colorful geometric image by Tarrant Clements.  I put two of my recent transfer monoprints in the show, and I am working on a whole new series of images that render mathematical equations in a visual way.  The show has just opened at Warren Phillips Frame and Gallery over at the Hungerford Building,  so - go and see the results! 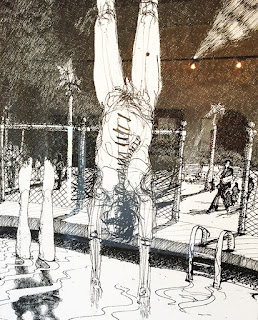 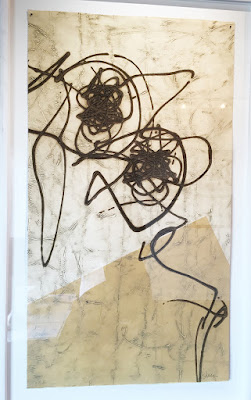 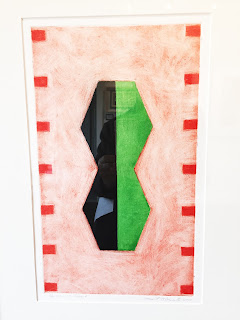 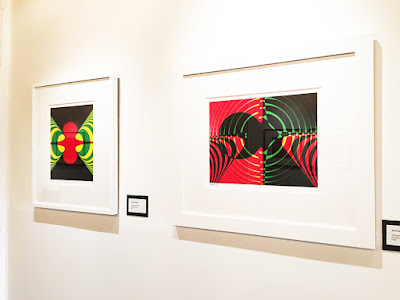