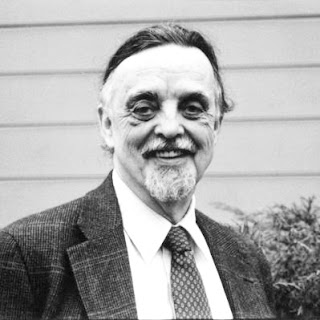 Prompted to look back, I am thankful for having a chance to get to know Merlin Dailey who passed away this October.  For many years I had an interest in Japanese prints, so when I moved upstate to Rochester, from New York City, I made it my business to visit the East West Gallery in Victor, NY.

Meeting Merlin Dailey in his gallery, I was struck by the quality of his exhibitions and the depth of his knowledge - also I came to know that he was an artist in his own right and knew printmaking inside and out.

Later, I had the opportunity to invite Merlin to speak to my students at R.I.T. and give them information about curating shows, working to mount exhibitions and developing a client base.  Through his years doing research on prints, and with his scholarship and business sense, this helped him establish one of the most interesting - and long running galleries in upstate New York. 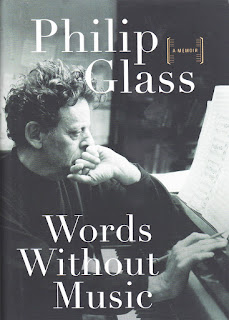 This week I am reading a memoir from Philip Glass, a composer who grew up in Baltimore, MD, then moved and came to represent a new wave of composer/performers in New York City around the time I was in college in the late 1960's.  Many of his early works were performed in galleries and lofts around SoHo, and I remember the stir that was caused when "Einstein on the Beach" opened uptown.  His music was radical and mesmerizing, and at first difficult to listen to, but then I got what he was presenting after hearing it a few times and buying the records.  It helped that he was into Indian Raga music and I like that kind of thing myself.

Philip Glass was welcomed by the art world in New York City and his programs for operas like "Satyagraha" really captured my attention.  When you read his story you see that it coincides with the rise of careers in the arts by people like Chuck Close and Richard Serra, and we get a behind-the-scenes look at how Philip Glass earned his living    ( as a plumber and moving man ) to keep food on the table and to enable him to spend at least some time each week with his music. 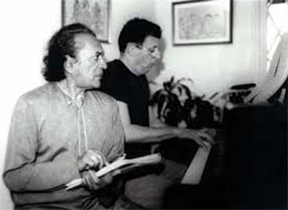 Ravi Shankar, and Philip Glass
work on the music for "Chappaqua"

Philip Glass writes in his new memoir about meeting and working with Ravi Shankar, composing and recording music for the Conrad Rooks film "Chappaqua".  This meeting of two strands of music - the classic Indian Raga, and the new wave exemplified by Philip Glass, becomes a turning point.  Glass writes about the impact working with Ravi Shankar had on his compositions from then on.

The coincidence for me was that I went to the premier of this film at The Carnegie Hall Cinema ( which no longer exists ) - because I was acquainted with one of the actors in the film.  Each Saturday for many years I would attend figure drawing classes at the Art Students League which is right across the street from  Carnegie Hall.  There were a few actors who also liked to draw, and one of them - Herve - was a friend and we would talk sitting on the steps of the League on 57th Street in Manhattan.  Herve told me that he was going to be in this film, so when it opened, we went across the street for the premier screening.  Also in this film was Moondog ( I wrote about him before in this blog ) and writers like William Burroughs and Allen Ginsberg, as well as other luminaries .

The movie was really like a trip - part nightmare and part fairy tale.  And there was Herve Villechaize, just like he promised.  Reading the Philip Glass book takes me back in time to a New York City when anything was possible.  Downtown where I lived, was becoming SoHo and Philip Glass was working as a plumber right across the street from where I had my first performance at the Flats Fixed Gallery.
Posted by Alan Singer at 3:11 PM