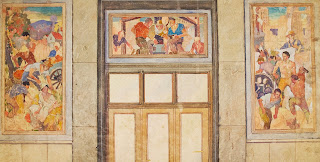 Walking into the exhibition space at The Memorial Art Gallery, I stopped to see the portraits in the Forman Gallery, especially because of the new acquisitions including Mickalene Thomas and her new multi-media portrait of the queen "Qusuquzah" replete with rhinestones, and a wild George Condo "Portrait of a Clown", oil on linen from 2010. 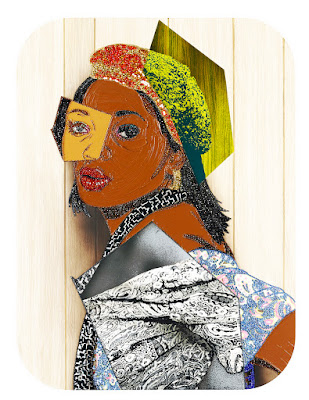 I am encouraged with the new hanging of portraits and they brought back memories - for example, I had the opportunity to shake the hand of John Ashbery, the poet and art critic when he spoke at The Memorial Art Gallery a few years ago and there he was on the wall in a portrait painted by Elaine DeKooning.  Alongside that there is a fine self-portrait by another poet e.e.Cummings and a larger-than-life size "Portrait of a Child" by Arthur B. Davies.  This little gallery is a welcome change as are the new acquisitions on display. 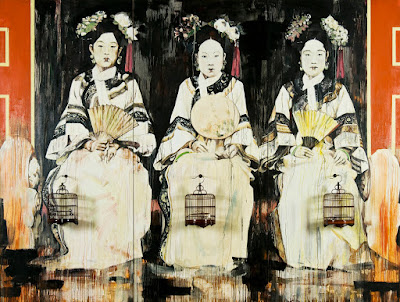 Included among the new works  are paintings by Sam Gilliam, who I brought to Rochester ten years ago to speak at the gallery about his artwork, and I was excited to see a new assemblage from Nick Cave on view here for the first time ( "End Upheld" 2014 ).  Hung Liu - a painter, tracks the Asian influence in "Three Fujins" from 1995. In the hall leading up to the main gallery there is a little tribute to Rick Hock who passed away recently, and he is represented by three photo-based collages. 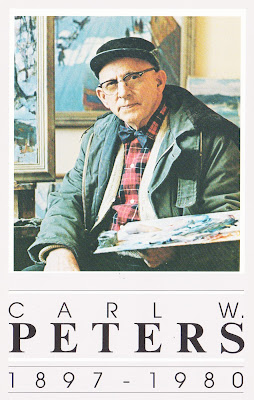 My Sunday visit to The Memorial Art Gallery coincided with the closing of the Carl Peters WPA mural artwork that has been on view this past fall.  Carl W. Peters was one of the 20th century's notable artists from the Rochester area, and it is rather remarkable that all of these preparatory drawings have finally been put on view so that people can re-visit an era that was so significant for the visual arts. While Carl Peters is considered to be a fine landscape painter, I did not know much about his figurative artwork and now this facet of his career can be much better appreciated. 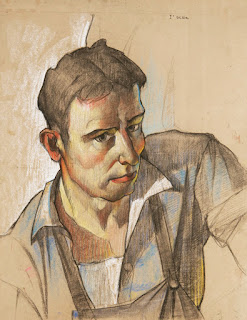 "Art for the People" brings to light figurative studies that Carl Peters made for 13 murals found in  Rochester buildings including local schools.  These are fine studies including portraits and a drawing of hands that is very three dimensional.  The W.P.A. ( Workers Progress Administration ) employed Peters, it was a federal government program that put skilled people to work through the later years of the depression in America in the 1930's.

Along with Carl Peters, there is a room devoted to the art deco posters and designs of Erik Hans Krause ( 1899-1990 ) who was a painter and designer that contributed to the W.P.A. administration.  Images on view extol virtues; "KEEP YOUR TEETH CLEAN", and  dispense self-help: "EXPECTING? Get the right advice from the right sources". 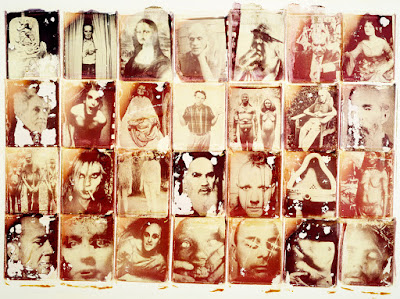 "The Curious Reality of Images" collage by Rick Hock

"The Curious Reality of Images" is a hallway exhibit by the artist Rick Hock ( 1947-2015 ).  The sequence of images in each one of these modest collages feature faces and people like Spaulding Grey, in toned photos that have a curious archaic look to them.  Rick Hock worked at The George Eastman House ( now the George Eastman Museum ) where he was the Director of Exhibitions and Program Design from the late 1970's thru to 2008.

On the way out from the museum, I stopped into the gift shop and was delighted with a new publication from Art House Press.  Here is a full color magazine devoted to up and coming artists in the Rochester area, and I was thrilled that some of my students from R.I.T. are featured in the interviews published inside.  This lifts the visibility of our visual artist community and hopefully will inspire collectors to come in and support these working artists,here and now. 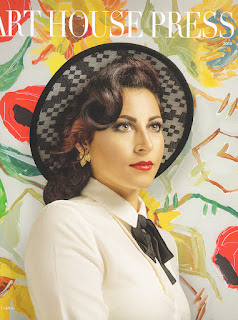