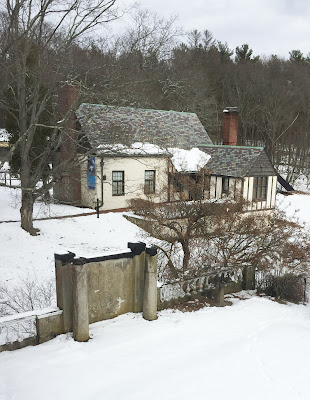 We dodged the worst of the snow storms driving east through western Massachusetts on the way to Canton, and MASS Audubon.  Going to give a talk, and introduce the artwork of Arthur Singer for the gallery goers and visitors to the best public museum collection of birds in art, here in the east.  Want to know more?  This is a link to their website:  https://www.massaudubon.org/learn/museum-of-american-bird-art 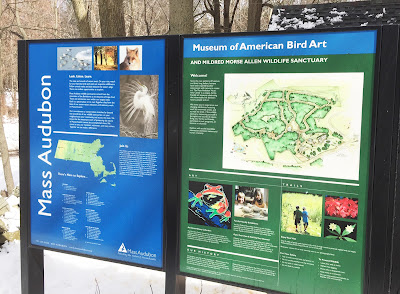 Signage at the entry to Museum of American Bird Art

My brother Paul Singer, and I have been planning on this exhibition for a while and so we were delighted to be asked to show some of our father's artwork.

The town of Canton is a suburb of Boston, and the museum is located on a woodsy spot that includes a 121 acre wildlife sanctuary with trails along with the buildings that house their collection of art. 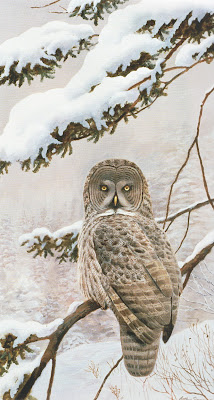 Birds in art has attracted attention through a kind of citizen science - where almost anyone can get involved - as long as you are interested in being outdoors, and maybe own a pair of binoculars.  From the time my brother and I were little kids, we were taken out to parks and bird sanctuaries by our father, and we became aware of the natural world through our parent's encouragement.  Also from a young age, I watched my father painting in his studio at home, so I saw what it took to create a realistic painting of a bird in a natural setting.  If you are born into a family of artists, what better way to learn about this branch of our culture!   It didn't hurt that Arthur Singer was able to provide for his family and even set the direction that we would all take later on in life.  In the early 1950's when my father's career began to take off, it was probably very doubtful that one could make a living painting bird portraits.  He proved that it could be done and also it made a big difference, because we all became aware of environmentalism and the need to conserve our natural heritage. 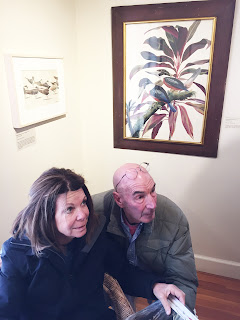 Visitors to the show
Paintings by Arthur Singer

My father's many illustrated books spanning a forty year career sold well enough, and some are still in print, though in later editions. Now, we have a recently published book: Arthur Singer, The Wildlife Art of an American Master that we are presenting at MASS Audubon. Paul wrote most of the book and designed it as well.  We did a lot of research on this blend of science and art, and we  fit right in when we landed in Canton, Massachusetts. 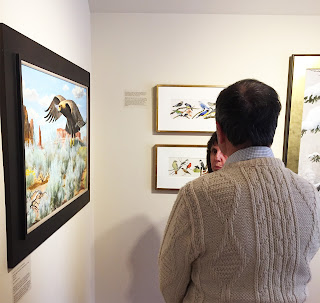 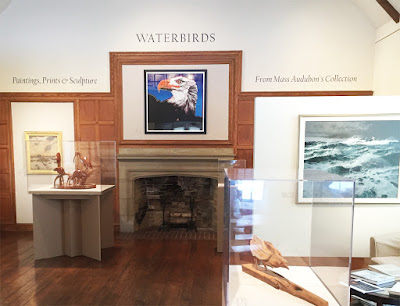 The present museum is in a building that had been an art studio for the family that owned these acres earlier on and lately this organization has mounted shows that really attract your attention.  On view today is an exhibition titled: "WATERBIRDS" - all from the museum's collection, as well as our showing of Arthur Singer's paintings.  We borrow a few works from Ed Woodin in Maine for this particular moment including a Great Grey Owl that Arthur Singer painted towards the end of his career. 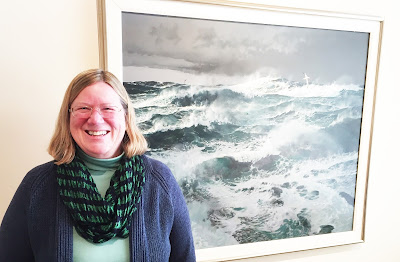 If you walk around the building you can find great examples by some artists who are working today and you can also catch up on the history of birds in art by looking at examples from artists who are no longer active, or alive.  Over the mantel piece for example is a large Andy Warhol featuring a Bald Eagle.  Nearby is a terrific seascape by the painter Keith Shackelton who I became aware of when I was compiling a book in the late 1990's called "Wildlife Art" published by Rockport Press.  You will be surprised by the interesting artists at work today in the field.  Below we have an example by the painter Barry Van Dusen who has painted all over Massachusetts, often from life. 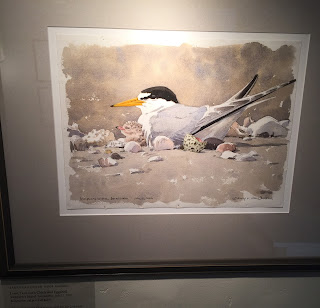 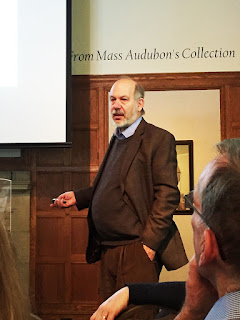