The Brooklyn Rail is an engaging read, especially if you are interested in contemporary art and want some feeling of community.  I found that this past month there was a long interview with Jed Perl who has just published a biography of Alexander Calder. 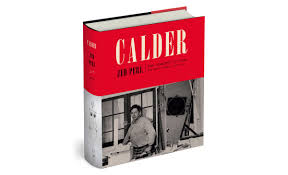 If you don't already subscribe, take a look at Brooklyn Rail.  Here is a link:https://brooklynrail.org/ 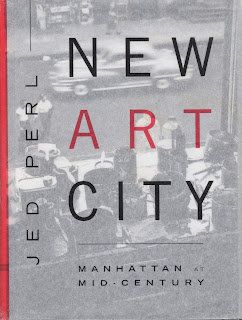 If you don't know the writing of Jed Perl, he is now a regular contributor to The New York Review of Books, and in the past he has been a critic for The New Criterion, for Vogue Magazine, and for The New Republic.  I met Jed Perl many years ago, and he has been a guest speaker in my class at Rochester Institute of Technology.

I share an interest in representational painters with Jed Perl, and in reading his interview in The Brooklyn Rail, I found out that he practiced painting for a while before his writing assignments began to dominate his time.  Jed Perl has written about artists whom he feels should not be overlooked.  His book from 2005 - "New Art City" - Manhattan in Mid-Century not only followed careers of the big name brand artists but also included stories about people who deserve a deeper look like Edwin Dickinson, Fairfield Porter, Nell Blaine, and Jane Freilicher. 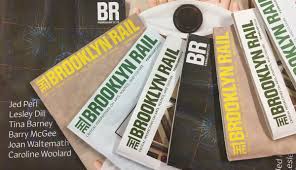 Reading the interview with Jed Perl in the February issue of The Brooklyn Rail, you really get a sense of what it is like to follow developments in visual art, and even working on overcoming a stigma that his viewpoint was considered a reactionary position ( defending figurative art in an era of minimalism and conceptualism ).   Jed Perl's writing is getting better and I look forward to his pages on Calder. 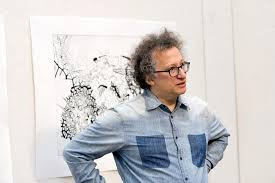 This month also brings in another voice that I have followed over many years.  The poet and art critic for The Nation  - Barry Schwabsky has a new article and a new book called "Heretics of Language".
His new article has a focus on another poet and art critic - the late John Ashbery.    Barry takes us back to "What's Happening" - a phrase from late 20th Century when John Ashbery wrote about the visual arts for New York Magazine among other publications and was frequently grouped with the artists of the New York School. 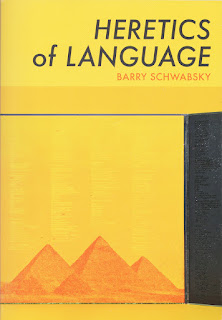 Barry is also someone I have met, and he has been a guest speaker in my classroom at R.I.T. as well as making a presentation to folks at The Memorial Art Gallery.  Barry's writing is so insightful, I always try to read what he has to say about the current scene.  In his article for The Nation, he goes back to the tumultuous years in the art world when John Ashbery was active and speaks of how surrealism was the key to writing about the surprising developments  that Ashbery  covered.
Trying to be an art critic who can follow all the trends is a real stretch for most people, and John Ashbery makes a comment that he felt most of his art criticism was crap,  with the exception of what he wrote about Brice Marden.  So, if you want to find out why - pick up a copy of The Nation and read what his justification was for that comment...it is most illuminating! 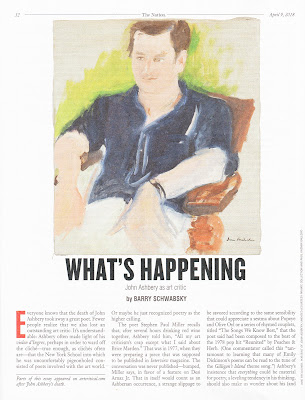