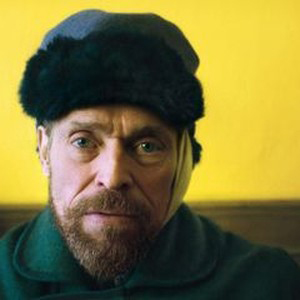 I am looking forward to seeing Julian Schnabel's new film about
Vincent Van Gogh, called: "At Eternity's Gate".  As an artist Julian has a fine eye for his filmmaking and if anyone could tell the story of a painter, I'll bet Julian can.  I met him many years ago when he first came back into the New York City area, and I was living on Beekman Street.  Later, one of my students at R.I.T. went to work for him at his studio - maybe taking care of his kids as he built his paintings with broken plates and Bondo.  Starting with his film about Basquiat, Julian has developed a unique style and a way with film that is personal and universal - I have great respect for his take on things. 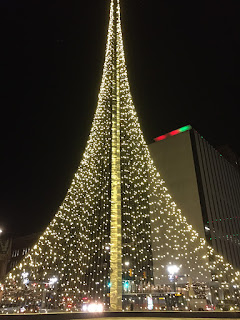 Just in time for the holidays, there are many events and openings  especially important to the city scene - the fact that people are moving back to the heart of Rochester and some evidence of that is the new commitment R.I.T. has shown by opening the new City Art Space.  I was there to congratulate two colleagues who kick off the festivities with an exhibition of their recent photography, sculpture and painting now on view.  Leonard Urso has several new paintings and some of his large figurative sculptures, and Willie Osterman has a focus on photographic process and purpose - together their show is called: "Emergence" and will be on view through January 20th, 2019. 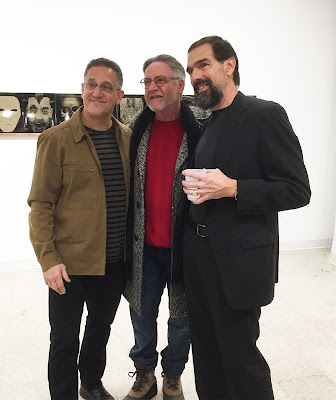 The Sibley Building is the center attraction here and provides ample space for renewal via the visual arts.  Previously,  Gallery r was hidden on the old College Avenue behind the Memorial Art Gallery.
The folks came in to the new space to take a look at the art and enjoy each others company.  City Art Space can show off a wide variety of artworks and in evidence are large painted metal works like this large head from Leonard Urso. 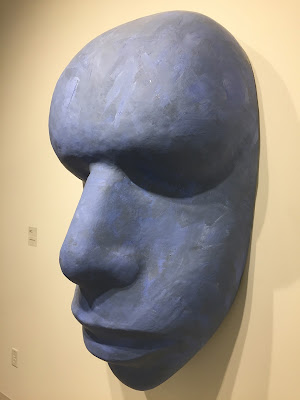 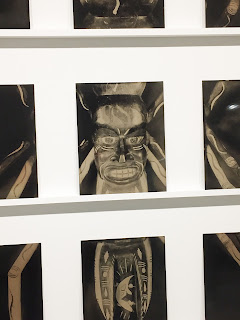 Leonard Urso's large scale head has the quiet power of those gods of Easter Island.  His scale and solemn quality give his work a quiet distinction.  The photo process that Willie Osterman uses to create his art harks back to an earlier period - from removed from our digital universe.  Willie has an interest in tribal arts that look as if they came from the islands of Indonesia, and he creates totemic forms that seem to have a deep historical reference point.  I can see how these two professors from RIT would strike up a dialog and this show would be the result. 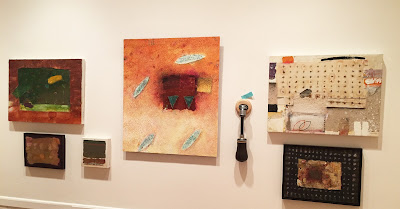 This season there are many reasons to be thankful and to cheer each other up during a time of political distress, I often turn to the arts for some quiet consolation.  During the week I delivered some artworks to the Director,  Rick Muto and we stopped in to see how the big group show was looking.  Rick looked like he was in his element - obviously enjoying the composition he was creating with the artworks on the wall.  Rick stopped to discuss his early work in ceramics and his mentor Paul Garland - who has a handful of small paintings now part of the holiday event at the Axom Gallery. 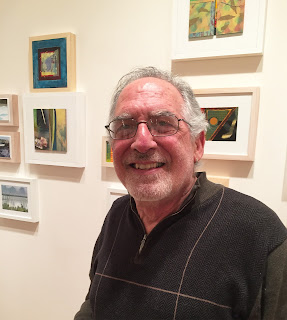 So if you get a chance go out to see the art events in our area.  The Axom Gallery is at 176 Anderson, up one flight of stairs.  Some very engaging art is available for viewing and maybe you need to purchase a gift for someone..  this is the time of the year to think towards the future and shake off the cold weather. 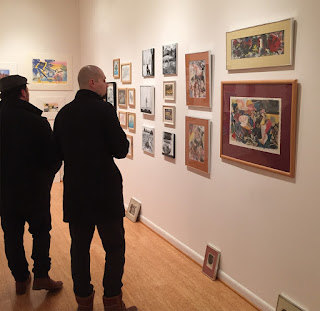