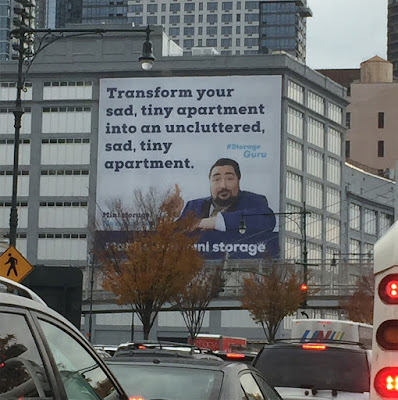 read the signs on the West Side Highway, in New York City traffic....

Our artistic family has yet another generation coming along, and while we were in the New York City area we had dinner with Akiko and her daughters, and I got to see the images of portraits they have made of each other.   The gallery at 128 Rivington Street downtown will host an exhibition called: "Phase" which will feature art by mothers and daughters, and also a father and son pairing.  We couldn't stay for the opening on the first of December, but we wish them all success- and let's see many more shows like this.  Below is Mia's drawing of Janet Scherer - my sister-in-law (  Mia is thinking about college since she is still in high school ).  This drawing is a strong likeness too! 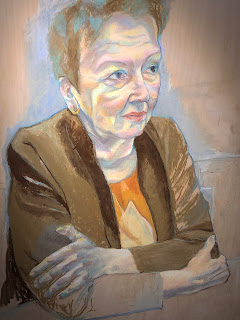 Mia and Akiko Yamamoto are included in PHASE 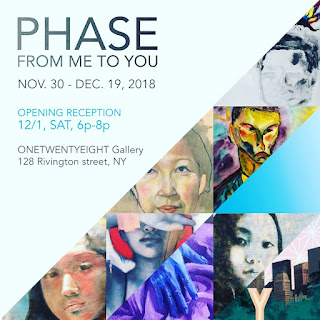 Before I left The MET after taking in the show of Eugene Delacroix, I stopped to look over contemporary Japanese ceramics currently on view in the Main Hall.  From time to time I collect pieces like these and the art on view at The MET captured my attention.  There is a marvelous piece called: "Flow" by Fujikasa Satoko that is made of stoneware and it appears to defy gravity.  It reminds me of some of the stacked forms that Tony Cragg has made recently. 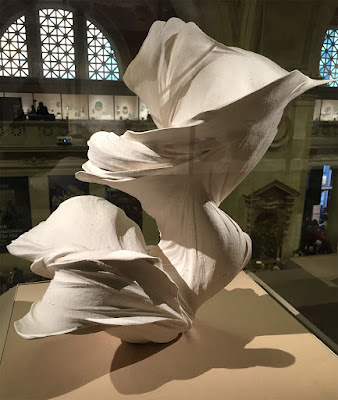 Also in this same area I found a big blue jar  being presented by Tsujimura Yui - a Japanese potter who works with the aesthetics of an older stoneware tradition including his use of a natural ash glaze that creates stripes, because the pot was fired on its side.  The substantial form reminds me of the colors I sometimes see in the new pieces of ceramic art that come from the studio of Stephen Merritt here in Irondequoit. 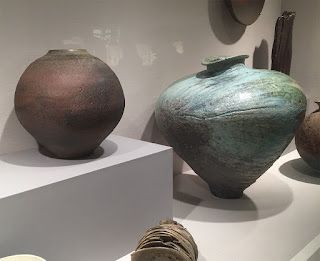 Contemporary Ceramics by Tsujimura Yui, 2005
at the MET

We recently visited Stephen in his studio to see his latest work, and I really enjoyed his new pieces.  If you haven't been up to his studio, Stephen regularly opens it for viewing and there you can see the work he does - as he carries on in  a tradition that is closely related to the ceramics we saw at The MET.

Stephen Merritt studied in Japan in the late 1960s and early 1970s with a Living National Treasure - Inoue Manji.  So Stephen carries on ancient traditions but with new color and form, that can liven up your life. 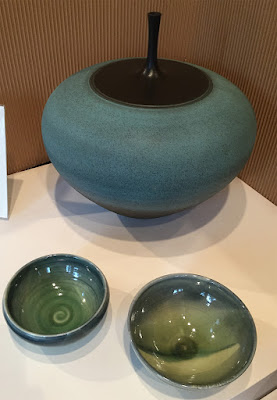 Before we draw this circle to a close, I just wanted to give a nod to The Axom Gallery which will present a group show during December, and then I will be having a solo show there in January.
It is a busy time of the year, but I want to invite you to come by Axom Gallery on 176 Anderson in Rochester,  to take a look at the many good things they have to offer.  I will be showing paintings and prints, and many of them could be given as gifts, if you choose.  Below is a smallish acrylic gouache I made on board last year.  It is one of my favorites, called: " 3D "... 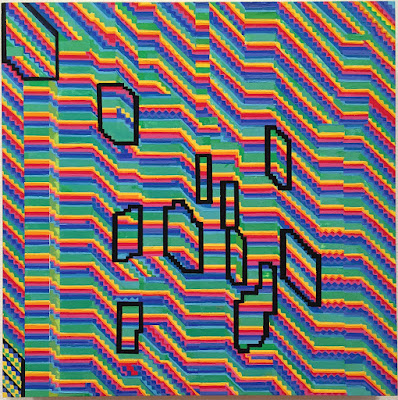 Alan Singer, 2017, Acrylic gouache on board