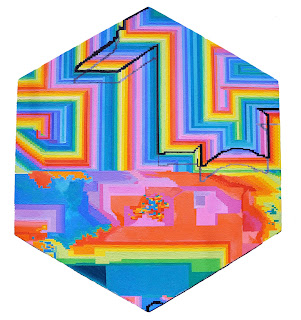 It is the tail end of December and the stock market is going crazy.  The political climate is so un-nerving and the grey weather here is nothing to celebrate.  I wonder how this all will affect the arts?
Like many, I can seek solace in the act of creation - see my new painting above - and I am planning the opening of my solo exhibition which is going to be at The Axom Gallery in mid- January so I am filled with questions....

Given the chaotic nature in our society these days, I also wonder what my students expect from me to help them prepare for a career?  What is the likelihood that they will get to use their skills in the visual arts to help them get off the ground?  I remember when I was a student in college that we were shaken by the assassinations of Martin Luther King and Bobby Kennedy.  There were riots in the streets, so I knew I was going into an uncertain future, but my life-long interest in the arts actually helped me all along the way...so have faith! 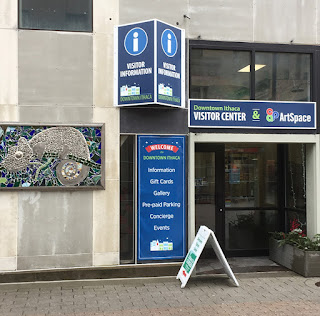 Art is my passion and it leads me wherever I go.  I live in upstate New York with my wife and the visual arts create an environment that I have worked with and written about for almost 50 years.  I can watch a town evolve - like what Ithaca, New York is going through now with multi story buildings going up in town that will forever change it's character.  We walk down the Commons to check out the CAP Artspace. 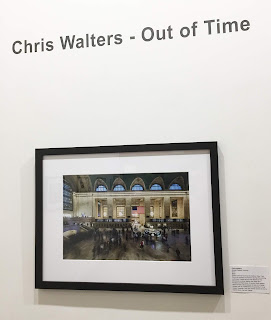 When I was a student in college with the likes of critics and teachers like Walker Evans and Roy DeCarava, the idea of a blur in a photo would have been an anathema.  Clarity and sharp focus was the goal for many of us camera-buffs.  Now many years later,  the photos by Chris Walters exploit this notion of movement and how that event can be celebrated in a photo that is framed and part of his show. 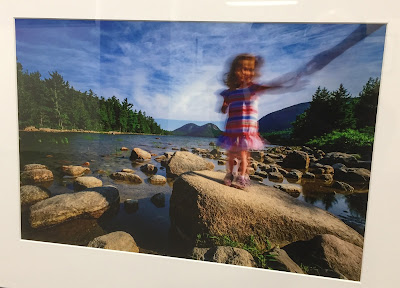 Chris Walters - photo from: "Out of Time"

The notion of performance art is woven into the fabric of these photos.  The movement of an arm or  just  a person running can add visual interest to a photo and that gesture used to be avoided, but here it makes the point of being lively and in and of the moment.  The performative aspect of art should not be overlooked and in this case it adds character and a kind of universality to an image. 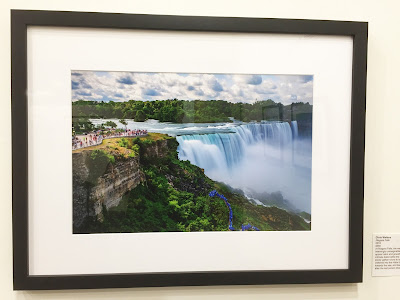 Since it is the end of a year, I want to be sure to thank you if you have followed my posts to this blog. I enjoy writing these posts and it insures that I get around to see things in my neighborhood.  I don't have to go far in Rochester to find an art event.  At the Hungerford Building, 1115 East Main Street, I frequently go into the Phillips Fine Art and Frame company.  This coming January 1st, they will have an opening of COLLECTORS SHOW & SALE #7...! Just a taste here for what you might find there.  You may know many collectors of James D. Havens color prints, but did you know that he was also a gifted painter?  Here are two of his landscapes from Maine, very modestly priced at that! 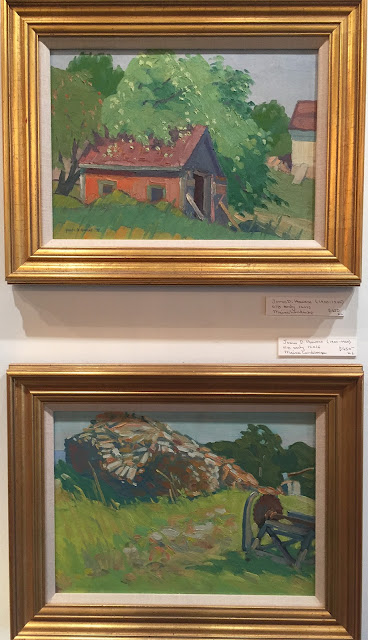 The fun to be had in a show like this is  seeing the works that you didn't know about before, and that you can see artists you have not heard of before mixed  in with the most famous.  Many people know the painting "American Gothic" by Grant Wood, but have you seen the print in this show where Grant Wood seems ready to accept his diploma?  Go and check it out - January 1 - thru February 2, 2019.
And have a happy NEW YEAR! 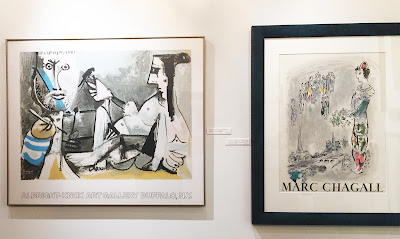