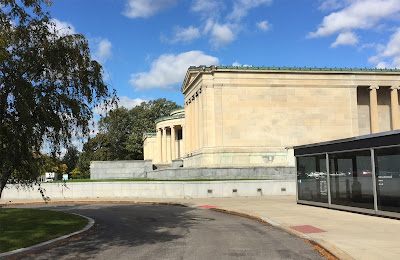 
After several hours of recruiting students for my College of Art & Design at R.I.T., I left the Villa Maria for the Albright-Knox and Burchfield Penney Center over on Elmwood Avenue.  The day was cool and the sky blue, as I walked a path over to see a show at The Albright-Knox that features artists from the 1960s - the era in which I grew up.  I was not disappointed, but the Gallery was in transition as they were installing a show of their recent acquisitions. 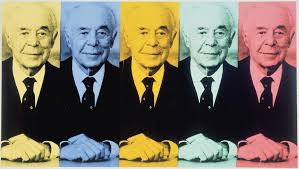 
In the museum, the show is called: "Giant Steps: Artists and the 1960s.  I found many paintings and only a few sculptures - which I thought was odd.  My guess is that this show represents a certain point of view of the curators and the buying habits of Seymour Knox.  Seymour looks out at us in multiple colors in a work by Andy Warhol, and in fact there is very little evidence in "Giant Steps" of the strength of Pop Art in the 1960s.

I was teenager in the 1960s, but I never missed a week of going into the galleries of 57th Street in Manhattan and often stopped into shows at the Howard Wise Gallery on a regular basis.  I remember speaking with Yayoi Kusama at her opening there, and I remember seeing Len Lye and his artwork also in a show at that gallery. 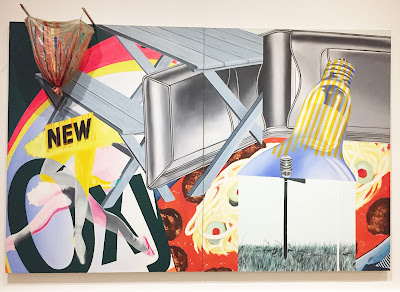 
The 1960s - "Giant Steps", artists like Robert Rauschenberg and James Rosenquist are featured - but where is the art of Peter Saul, which I saw numerous times at the Allan Frumkin Gallery?  No, this exhibition features Abstraction and Op Art, and one of the standouts from this time is Victor Vasarely - for the sheer power of his geometry and work with color.  I also want to give a nod to Max Bill and Hans Hoffmann.  These are painters who had the most impact on me - then and now. 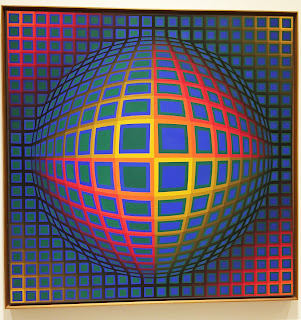 The Albright show lacks sculpture and where are the works of artists like Robert Smithson, or David Smith?  No notice of Earthworks, or even Richard Serra who is protean.  There is a giant yellow painting by Al Held who created some powerful artwork during that period, and there are artists like Bridget Riley who dominate a certain strain of perceptual geometry that still rings true. 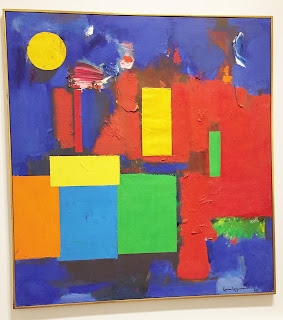 Is it just me, or does this show provoke a response - like do we still think that this art will have staying power?  Certain of the artists on view in this show I had never heard of - and how do they find their way into this show of an eras' greatest hits?

If you did not live through the 1960s and this art is new to you, would you still think of this as important and relevant to the art of today?  Maybe.

A concise show - seeing is believing? 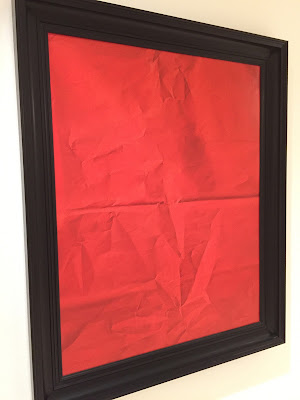 Down the lower hallway there is a show that is called "The Swindle" - like these works are so minimal as to create a sense of wonder in the viewer - are they the artists trying to put something over on us?  When you look at this art - there main thing is that the work of the artist seems to be hiding. 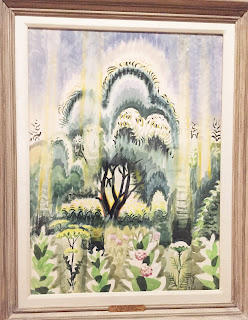 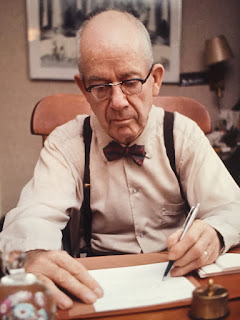 
Across the street at The Burchfield Penney Center we are given a view of the artist's studio and his output based on his observations of trees with his own twist of style and poetry.  He tries to convey in a watercolor or drawing something of the wind and the sunlight which becomes a palpable texture in his art. 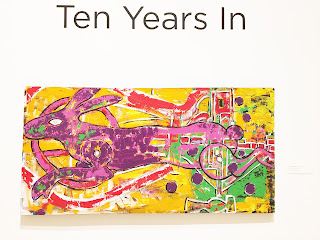 Acquisitions for their permanent collection
at the Burchfield Penney Center


Also on view at the Burchfield Center is a show called: "Ten Years In" - representing artworks that have become part of the permanent collection - and you will find it very enlightening.

Make Buffalo a destination and check out the shows.  You will see many strong works and upstairs there are special exhibitions of sculpture including some minimal wall works in ceramic by artist Anne Currier. 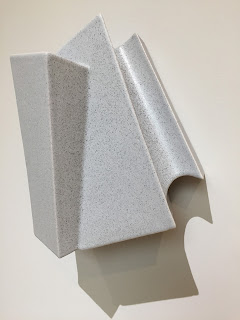