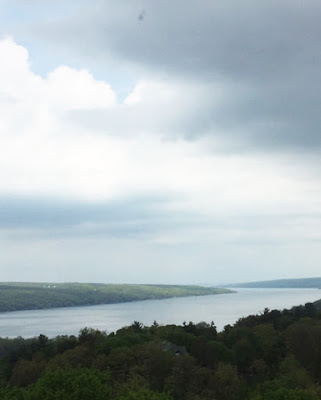 The city of Ithaca is nestled at the inlet to Lake Cayuga - one of the fantastic Finger Lakes - and you may take in the view from the panoramic windows along the 5th floor of the Herbert F. Johnson Museum of Art on the campus of Cornell University.  The building designed by the now late I. M. Pei was built in the early 1970s and while I was a graduate student at Cornell I watched it being built outside the window of my studio next door.

Flashback:  Cornell at that time did have a small art collection housed on campus which moved to the new museum once it opened.  I remember a very important show by Robert Smithson then that was written up in all the art magazines.  This exhibition set in motion a trend in "site-specific" art that also included Earth Art - a movement that was about to take hold.  So, Ithaca was trendy!  That was about fifty years ago!  Then, the Ithaca Commons was just being considered... before State Street ran right through the center of this upstate New York town. 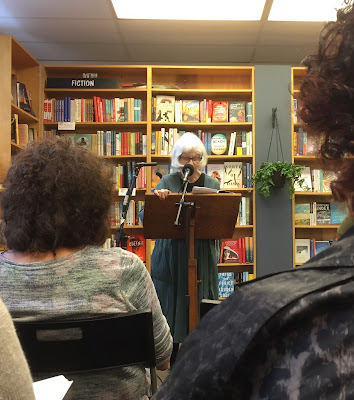 Today, I am in town for the opening of our show at the Corners Gallery whose owner and director, Ariel Ecklund has given eight printmakers the opportunity to show our stuff.  The day before the opening I went to hear and see some presentations including a reading by Alison Lurie, a noted author at Buffalo Street Books.  I am reading her new memoir "Words and Worlds" and enjoying her narrative.  In her book she muses about Texts and their deconstruction - make no mistake - Alison Lurie does not want to be interrogated - just left alone to write what she feels! 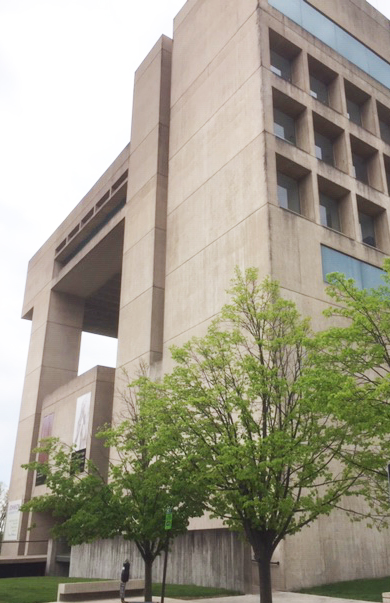 Up the Hill on the Cornell University campus we are going into the Johnson Museum and I come across a big abstract painting by Norman Bluhm downstairs. 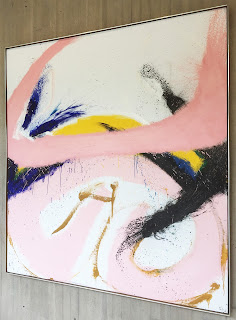 I am hoping that they have some good shows on for this visit.  First, I come across prints and paintings of the nude - this is a history lesson that goes back to the anatomical studies by Vesalius.
There is even an old pop-up book - maybe the first of its kind to reveal inner layers of a body.  This is just a small part of the exhibition called: "Undressed - The Nude in Context, 1500-1750". 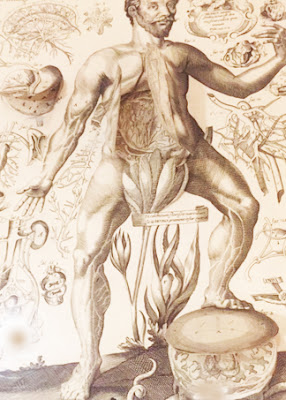 Down the hall is a modern show of photo-realist watercolors from the Louis and Susan Meisel Collection.  The Meisels - gallery owners in SoHo had the best opportunity to develop a collection based on their interest in and support of a group of artists that they promoted.  This new exhibition is quite inspiring and gives you a brief look back at a particular branch of representation that patterned itself around creating paintings by hand that could really challenge a viewer - these watercolors are so complex and complete as to mimic color photographs.  It is funny because when photography was first "invented" photographers often tried to make their pictures look like paintings, but in the 20th Century the tables have turned. 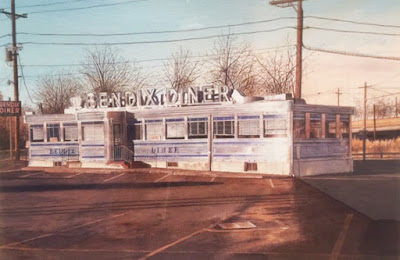 I noticed a painting by John Baeder of a famous diner in New Jersey near the Interstate that I once sat down in to have a burger.  Painter John Baeder has it accurate down to the last detail.  The photo realists were often attracted by shiny objects - just to demonstrate their prowess with paints and brushes ( and patience! ). 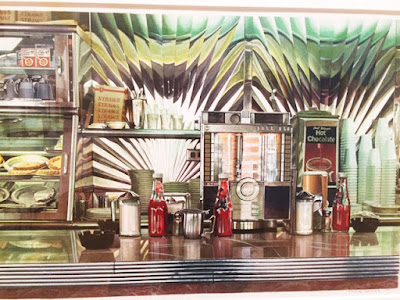 Upstairs, there is a major showing of textiles from India with very intricate designs.  Chintz and other weavings  on view show great inventiveness and are worth close study.   My only complaint is that the museum keeps the lights down low for fear of bleaching out the dyes used in these fabrics, so they are a little hard to see. 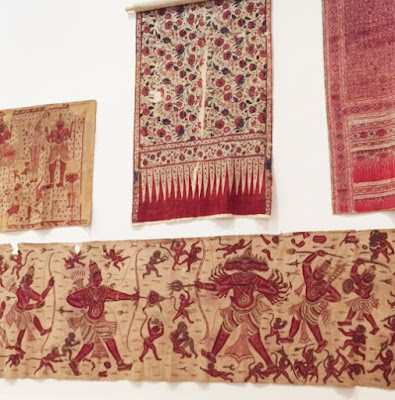 These are fabrics that must take a lot of time to prepare for sale.  The designs tell whole stories in some cases or represent different ways of thinking about patterns.

In other parts of the museum I found wondrous paintings like this little masterpiece by El Greco from 1610.  It is funny that this work looks so modern!  Is that because it is so simple and direct?  The figure of Saint James that the painting portrays could be anyone you see out for a walk in the world. 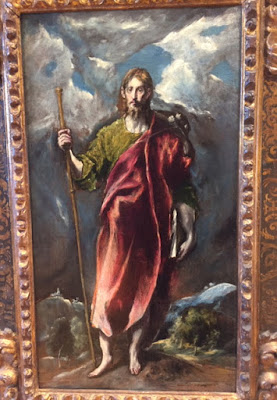 I had to get ready to leave, stopping off to admire a Giacometti sculpture that also seemed to be in a rush.  I couldn't wait to get to the opening at the Corners Gallery and greet new friends and old.  I wonder how they will welcome our printmaking show?   I think what we are doing is worthy of being collected and exhibited - maybe even here at this museum.  What do you think? 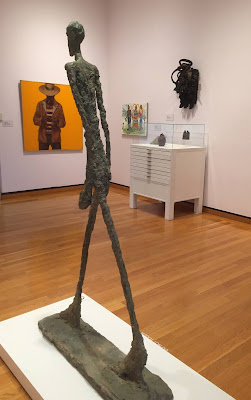