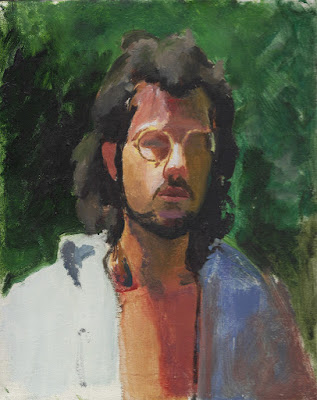 During my college years at The Cooper Union, School of Art - my ideal painting subjects were portraits and poses from live models I had been drawing since I was a youth.  I got started early ( my parents were both artists ) and my practice carried me through graduate school at Cornell University.  At this same time Pop art was happening and conceptual and minimal art would soon follow.

I remember an important show of Robert Smithson's came to Cornell while I was attending and it piqued my interest in how the landscape could be incorporated into art with its own sense of history.  I was further urged on as a student to blend my figurative art with the landscape and I pursued that while getting my MFA.  The trends in Fine Art did not always look favorably on painting the figure or for representational art in general ( been there, done that ).  There were practitioners whose paintings I admired from Henri Matisse all the way up to the present which for me included Alex Katz and my own teachers - Leland Bell and Paul Resika.  I had not yet been introduced to Lucien Freud but that would soon change. 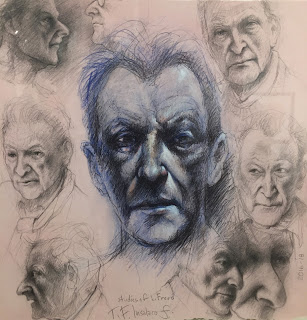 Why do I ramble on about the past?  I thought of my own evolution as I was inspecting the paintings and drawings now on exhibit at The Oxford Gallery here in Rochester.  This show called: "Legacy" is in honor of Thomas Insalaco who has influenced a figurative movement in this area and is a major figure who founded a painting program at Finger Lakes Community College. 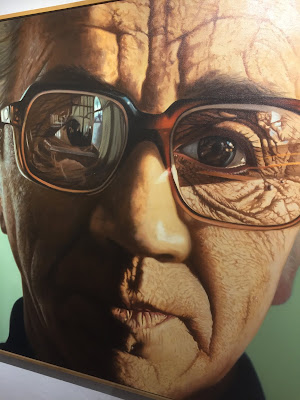 A triptych greets visitors to this show and when you read a description of the artworks you find that the paintings were done over a period of 44 years!  The style is along the lines of photo-realism, taking into account  light and shadow, and reflections that introduce the viewer to a world of detail.

As part of my own teaching at Rochester Institute of Technology, I regularly insist that my students draw from the live model and it still is one of the most rewarding subjects for drawing and painting.  If you work from observation - it is different than working from a photo, and very different than working from your imagination, or from a set of rules like the minimalist artists of the past ( see Donald Judd ). 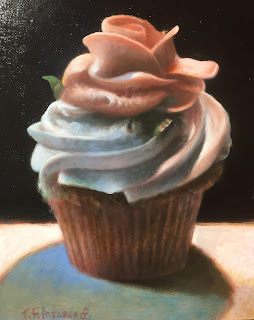 "A Cupcake for Wayne Thiebaud" takes a tasty subject that became a focal point for the west coast painter - especially because his paint quality mimicked the application of frosting on this treat.
Some other artworks in the Oxford Gallery show diverge from the figurative norms into the realm of  pure landscape in the paintings of Jean Stephens as seen below: 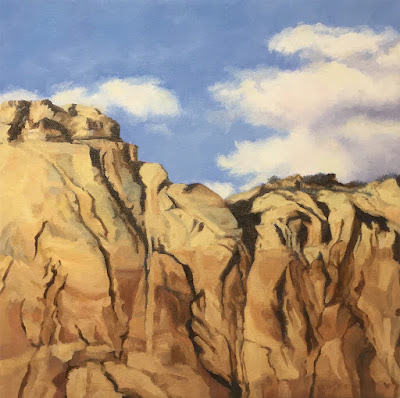 I think we have emerged from a time where the art world looked down on forms of representation.

We are in the present at a time when there is no dominant style, and almost anything goes, so it is nice to see a show with art of a high quality that can appeal to a broad demographic.  It is also fitting to have an exhibition that takes the contribution of local artists seriously, as we have here at the Oxford Gallery. 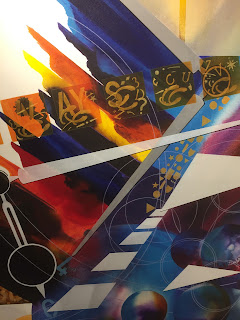