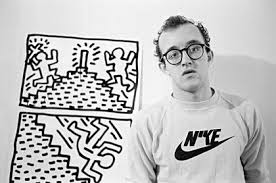 Keith Haring's images have been recognized worldwide.  But back in the mid 1970s you might have only seen his memorable artwork on the walls of the subway stations in New York City where he lived.  Graffiti!

I used to say hello to Haring in his studio in the Cable Building on Broadway and Houston Street because I worked for publisher Jason Schulman who had an office next door.  Over the many years since Haring's death from AIDS, our society has changed considerably and an audience for Haring's brand of creativity has grown exponentially.  This is all featured in one of the essays in a new book by Ingrid Sischy. 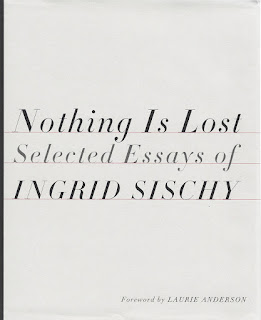 "Nothing Is Lost" by Ingrid Sischy

Ingrid's father, Dr. Ben Sischy developed a noted radiology department here  at Highland Hospital, but both he and his daughter have now since passed away - so  there is a local connection.  I am reading the essays in "Nothing Is Lost" and many of them have been previously published in magazines she edited such as Artforum, and Interview, and she also was a contributor to the New Yorker Magazine among others.  She was an important figure as a writer as well as editor, and these select essays take you back to a time when.... things were different.  I bring this up because so much of the art world depends on context.

If you are an artist just starting out the decisions you make in your work and life can help you stand out, or on the other hand you may just want to fit in.  From my point of view I would choose the former position, to take the risk, and try something new..  In the classes I teach at R.I.T. my recommendation is to take the drawings that you do by hand and translate them into a different medium.  For many students today - that means something digital - so we are at a turning point where the education of the artist needs to take into account the effects of technology, to use the new tools as best we can. 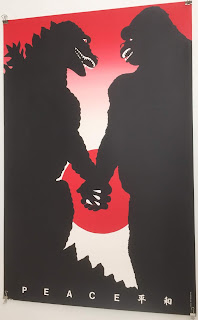 If you are a graphic designer your very business interests have depended on technology all along, and for many of my design students my class is one place where they can actually see and feel the benefits of drawing by hand.  I bring this up because there is now a wonderful show of designs by Steff Geissbuhler at the University Gallery, and it is certainly worth your time to see his work.  You already know what he does in part if you watch NBC television  -he designed their new logo! 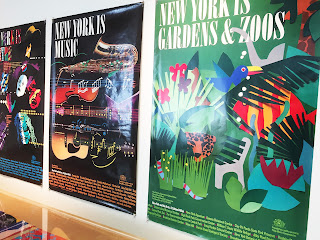 My brother, Paul Singer studied with Steff Geissbuhler at Philadelphia College of Art, and I can see how a teacher can influence a student.  The design work by Geissbuhler is strong, good in color, and not only is attractive, but it is effective!  Take a look at his poster below: 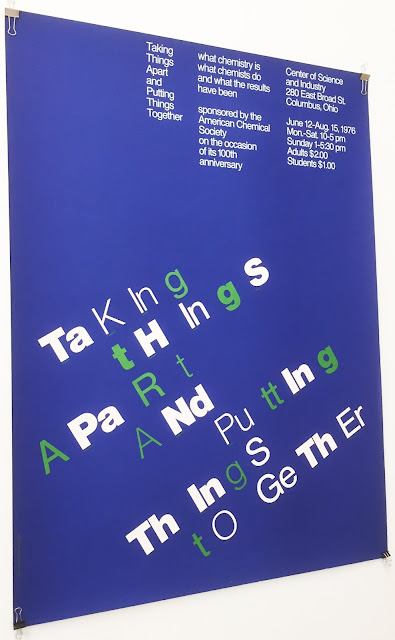 Even with the ubiquity of modern design, we often don't know how it is done, so it may be worth your time to go and hear from the artist himself - he will be doing a presentation at R.I.T. in the University Gallery on April 5th from 4:30 in the afternoon to 6:30 pm.