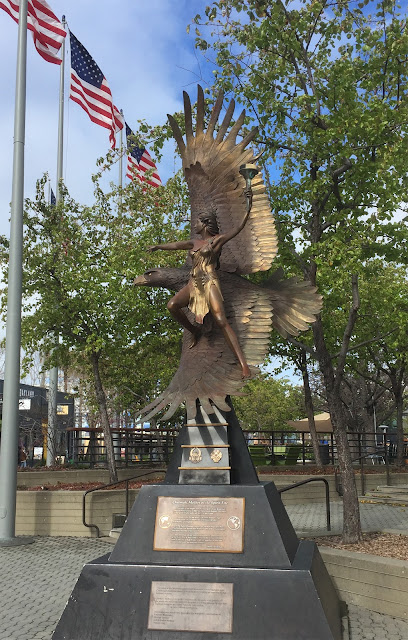 Down by Jack London Square there is a bold monument of a young woman holding a torch perhaps riding alongside an eagle, and this sculpture is called "Cheemah, Mother of the Spirit Fire..  She points the way and  is installed right by the entrance to a weekend farmer's market and I was surprised to observe that no one stopped to look - she is taken for granted - maybe even ignored!
This is the problem for visual art - in order to be regarded - the art has to grab your attention which gets harder when everyone has their eyes on  their cell phones.

Cheemah is a kind of a symbol, and because the work of art represents a powerful woman figure it becomes an illustration of leadership by example, something we really need in our lives right now given the national political situation. 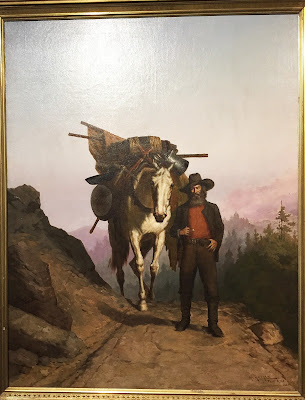 We are on break now and on my way to California I am reading a book called 1491 by Charles C. Mann that outlines what was going on here in the Americas before ( and during ) the period of European exploration ( and exploitation ).  Charles C. Mann attempts to sketch out who did what to whom - how the West was won - and it is not a pretty picture.  The "New World" held out so much promise!  But perhaps several million people lived in North and South America, and over a few decades they would be ravaged by disease that came off the boats  of the explorers. 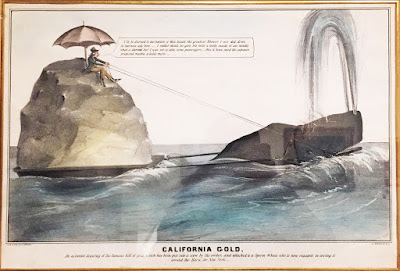 The explorers came looking for treasure and they found it in America.  In the Oakland Museum of Art just a few blocks away from Jack London Square, I saw a unique work on paper ( above ) where a man sits under an open umbrella that is planted on a hill of gold which in turn is being  towed out to sea by a spouting Sperm Whale.  California in the past did have its Gold Rush, but todays bounty may be found in the acres of oranges grown along the highways, or the high tech firms of Silicon Valley. 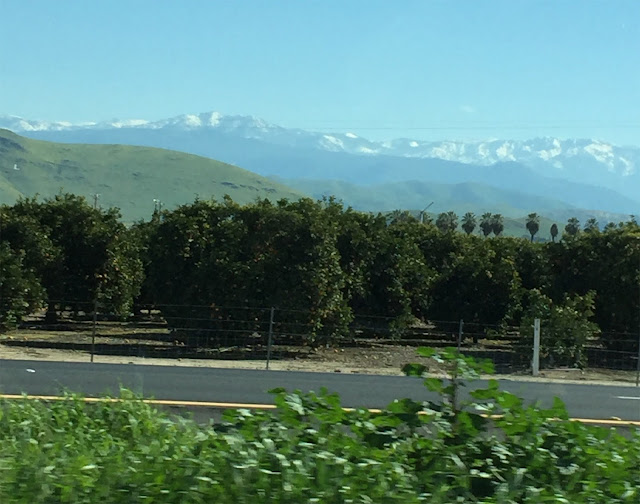 At the Oakland Museum of Art I was introduced to several large scale works like the bulky ceramic sculpture by Peter Voulkos ( 1924 - 2002 ) called "Solano" made in 1959.  The  label explains that Voulkos had a wish - he regarded the mythical aspect of breaking through the old traditions of art.  I have high respect for those artists who take those chances, and for Peter Voulkos he developed an entirely different way for a potter or ceramic artist to cultivate a career. 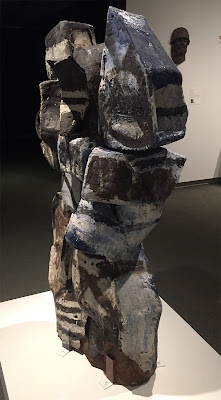 The museum experience should include some surprises and I found one by Carlos Villa  ( 1936-2013 ) near the entrance - a painting by an artist I had not known of and his acrylic painting had some movement implied, and interesting color application  ( air brush ) and dimension. 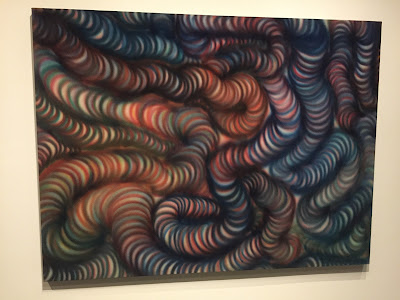 We headed out into the daylight and drove south and then east towards the parks along the high Sierra Mountains.  We could see them from many miles away - snowy peaks shimmered in the sun, and we looked forward to going out of the city and into the fresh air.  Staying at Three Rivers, CA,  we went into parks and enjoyed the changing views of big sky country. 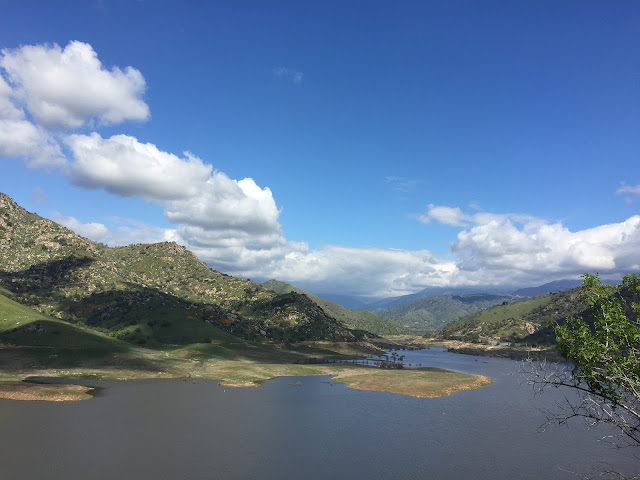 We packed a lot of activity into a short period of time.  We drove thru the Central Vallery, towards Los Angeles and then on to fly out of Palm Springs.  Our short vacation comes to an end but we can rest a while and absorb some sun rays as we wait for our departure. 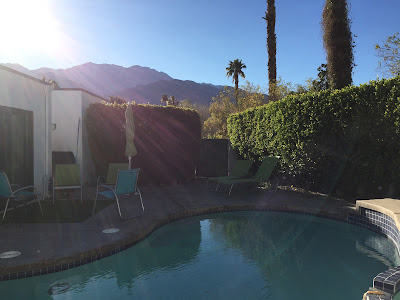