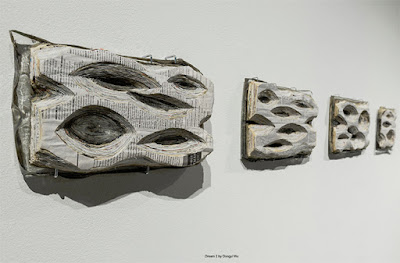 Above: Art by Dongyi Wu
Below: portrait of Dongyi Wu 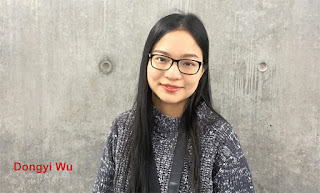 Nice to meet and get to know some of the many new faces in the art world, which is now so diverse!  Also good to see one of our students from Rochester Institute of Technology pictured above, who has created beautiful artwork -and is beginning to be recognized for her contribution!  The online magazine called ACS ( out of Chicago ) has just published a lengthy interview with Dongyi Wu and featured her sculpture  and wearable art in their new issue.  You can read about it - and here is the link:https://www.acs-mag.com/acsmagjanfeb2019?fbclid=IwAR1WdA_nQhFxE0U5hPEL0Z140yl6t8GujZJJ_N5KPpHjqkznLK01ZVZpgMY 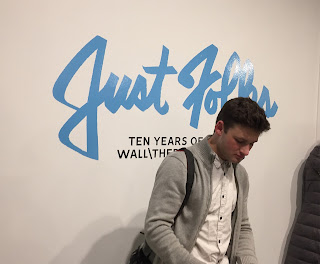 Out for Friday, Galleries Night, I am just part of the big crowd at the show called: "Just Folks", and what a show it is!  This is the brainchild of Erich Lehman and the exhibition celebrates some of the artists associated with Wall/Therapy and Erich's 1975 Gallery ( which I really miss! ).  Here is Erich  enjoying the sense of a large family gathered together to talk art and other things.  This city needs this kind of energy, and the art is not too bad either! 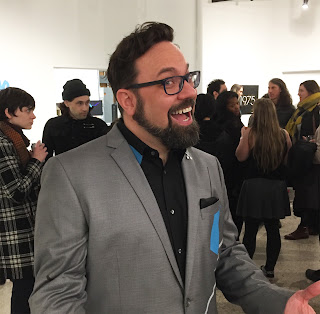 Erich Lehman at the opening of "Just Folks"

Erich has been a guest speaker in my class where we talk about the business of art, and his activity as a gallerist, and also as a promoter for Wall/Therapy - among other things, he has been an essential part of the art scene here in Rochester.  He is able to get the youth motivated to come out and contribute to the cultural scene and provides a nexus of energy and determination through his efforts. Some of the striking examples of this movement can be seen on the gallery walls.  A dramatic painting by Sarah C. Rutherford is just one part of a larger statement that she is making with her new television special "Her Voice Carries" soon to be seen over the PBS Broadcasting system. 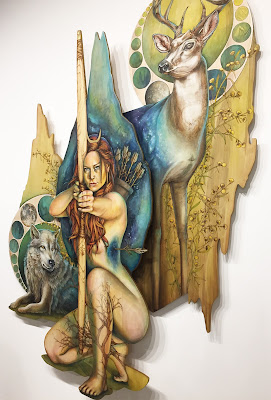 A huntress by Sarah C. Rutherford

I wonder how the young artists that I see featured in this show deal with the new realities.  Do I see some of this reaction in the little painting here called: "Daily Damage Report"?  The arts are going through a period where there are so many directions to take, how does one follow it at all?  Luckily this is also a very democratic moment, and  if you have the skill and the stamina, you can make a statement. 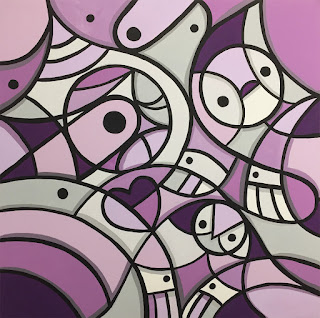 I know from talking with Erich that he got started on this road to the art gallery by being a collector. He also has this renegade spirit that comes from the art that he saw and made for the roller boards that skaters created to give their boards personality.  So it was a bit of surprise to find surfboards in the show and why were they parked in a little corner?  Since a surfboard has a real dimension to it  why not feature that?  There is also some relationship to the tattoo artist in some of the work featured in "Just Folks", and I can imagine making  a bigger point being made for that. 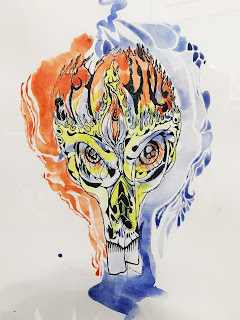 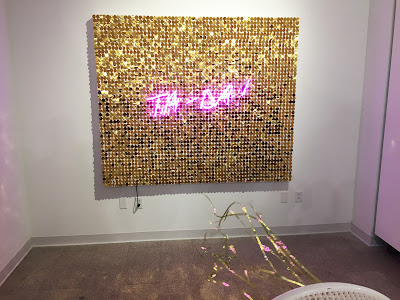 There is so much to see in this exhibition and there is a convenient list to look at for the titles and prices.  Looking over the list there is a real surprise to see how much each artist is asking for their work.  Some of these talented artists whose work I have seen before are really maturing and getting better.  I found some beautiful portraits, and wonderful abstraction at this show - so you must go and see it! 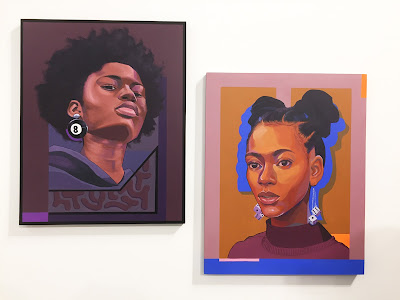 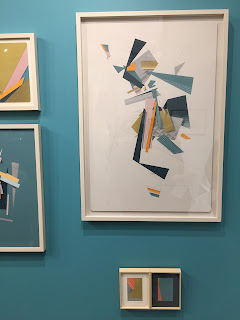